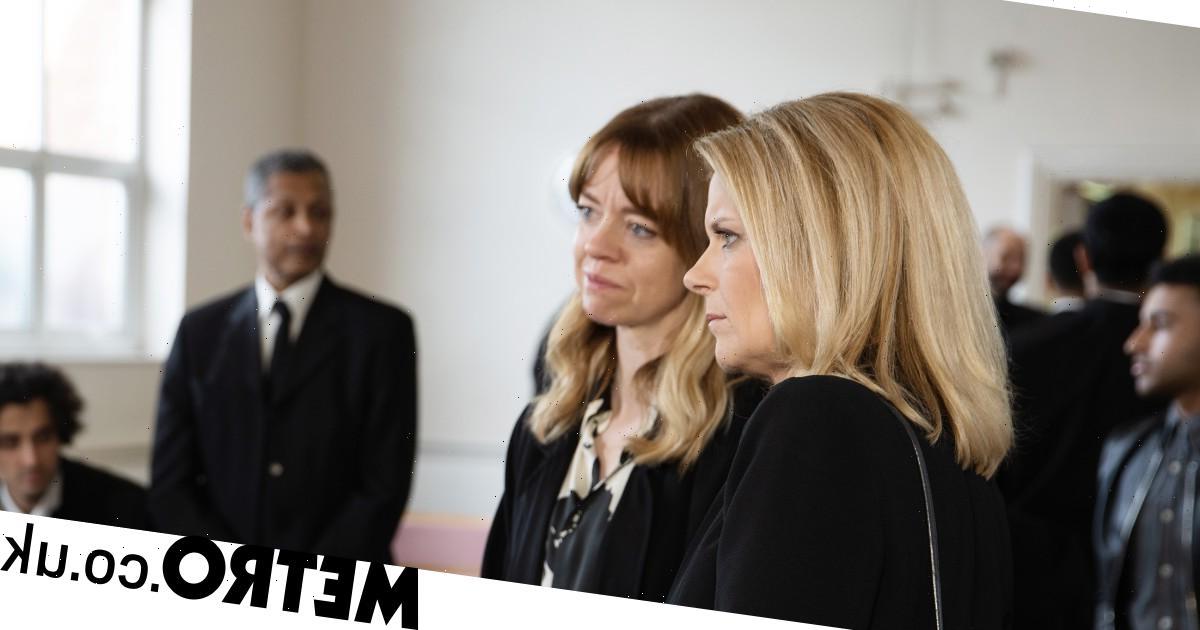 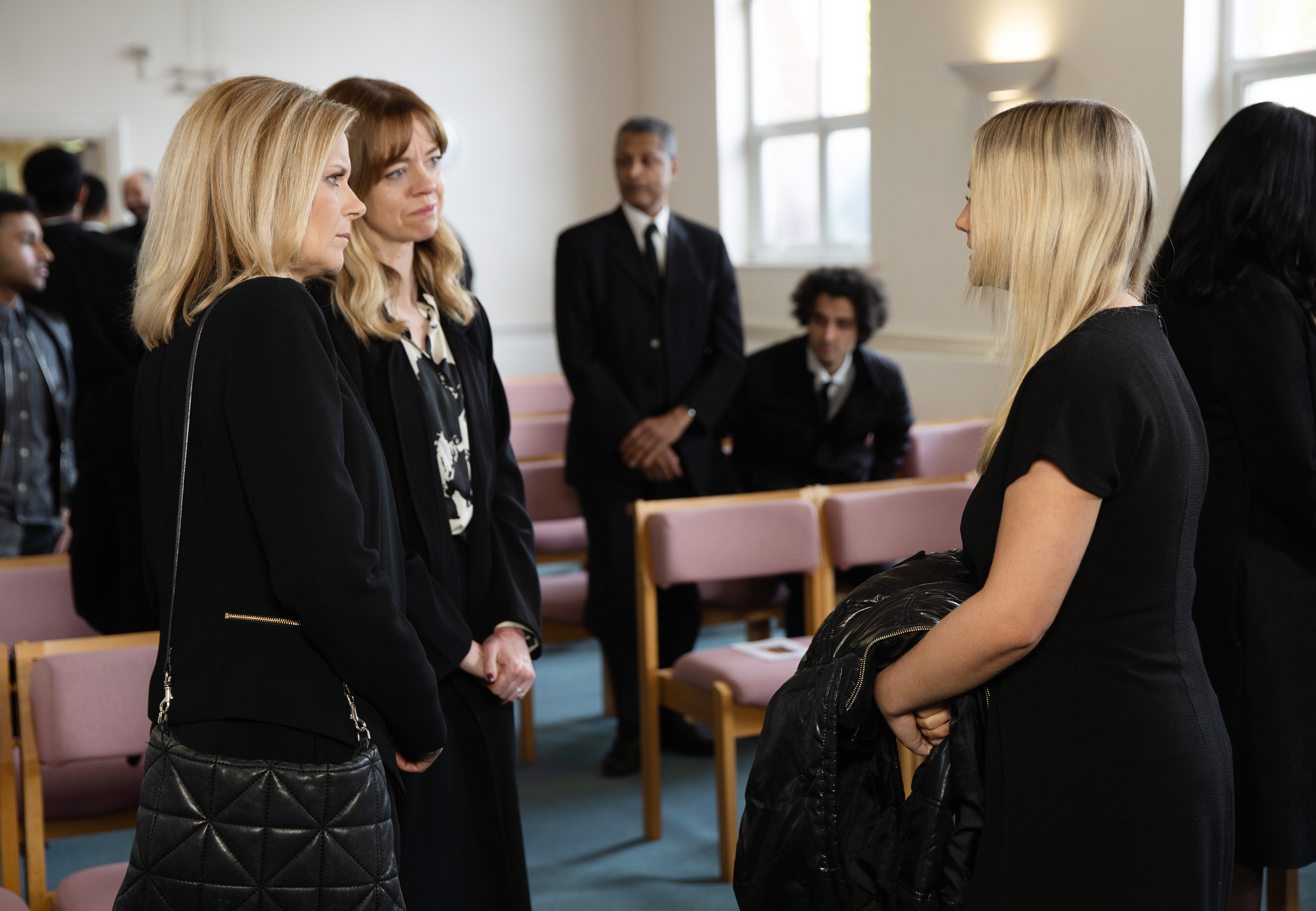 It was a dramatic day for Toyah (Georgia Taylor) in tonight’s Coronation Street as she was arrested for murder, facing serious charges that could land her in prison.

The day started with the funeral of her husband Imran, killed in a car crash when Toyah was driving, and ended with her being arrested for her husband’s murder.

Peter (Chris Gascoyne) was questioned about his history with Toyah, specifically about Susie, the baby that Toyah passed off as being their planned surrogate child when actually she was the daughter of Toyah’s sister Eva Price.

DS Swain (Vicky Myers) told Peter that it was clear that Toyah was a person who would go to extreme lengths to be a mother.

Meanwhile, Toyah was delivering an emotional eulogy at the funeral. ‘I wish he was the one standing here and not me,’ she said, but not everyone in the congregation believed she was sincere.

Adam (Sam Robertson) and Alya (Sair Khan), at least, are convinced that Toyah deliberately killed Imran. Imran’s mother (Kim Vithana) told Toyah that she was the reason Imran is dead.

They were even more suspicious when she failed to turn up at the Bistro for the wake, but after speaking to Peter she’d decided to go to the police, telling them she wanted to fully cooperate.

This didn’t impress DS Swain, who informed Toyah that she’s a person who ‘acts without thinking through the consequences.’

She asked Toyah how she would have felt if she’d discovered that Imran’s lies would mean that she would lose baby Alfie along with any chance of adopting Elsie or any other child in the future.

The key piece of evidence that the police had was the voicemail from Imran in which he started to confess everything to Toyah, saying ‘I’ve ruined everything.’

Toyah insisted she’d deleted this without listening to it, knowing that it would mean she had a motive for wanting Imran dead.

Is Toyah going down?