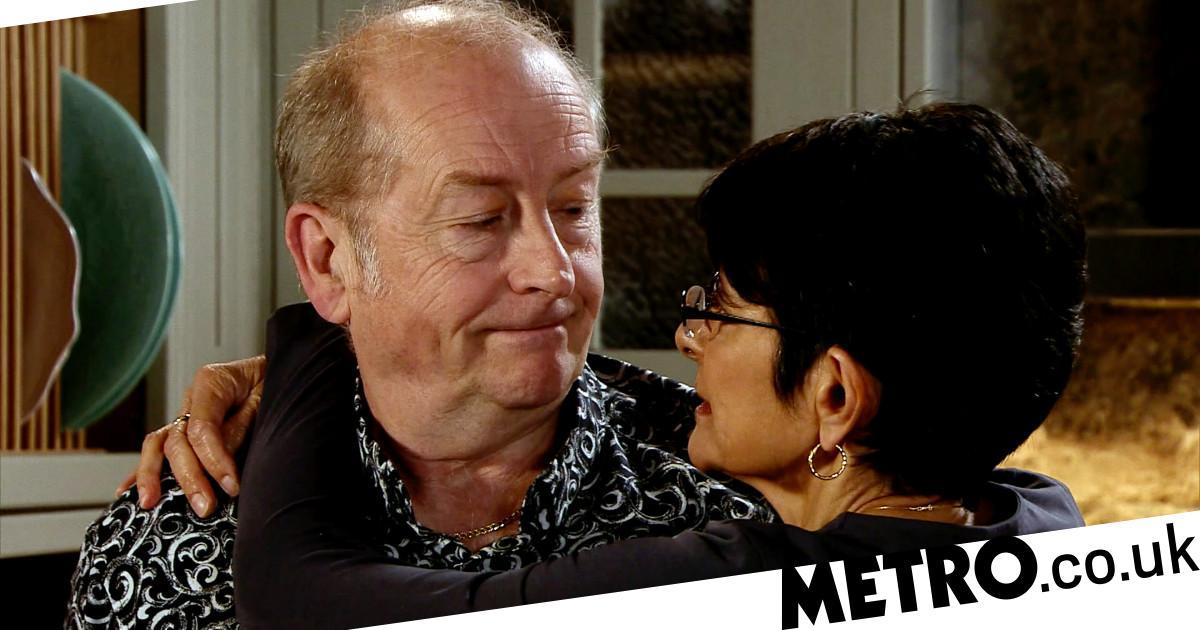 As the sinister behaviour of Geoff Metcalfe continues to increase, with his control of Yasmeen Nazir (Shelley King) stepping up, Coronation Street is launching a coercive domestic abuse storyline and actor Ian Bartholomew has warned of dark scenes ahead. Admitting that he knew from the outset that Geoff had a darker edge to him, Ian has praised the show for the slow burn nature of the plotline.

With viewers just at the beginning of what is a harrowing journey for Yasmeen, they will watch in horror as Geoff takes over every aspect of her life and chips away at her self confidence, all while isolating her from her friends and gaslighting her into thinking she is the unreasonable one.

Ian said: ‘I knew when I was first brought in to the programme as Tim’s dad that the character might turn a bit dark so it wasn’t unexpected. For the first few months it was “nice Geoff”, “funny Geoff” and “silly Geoff”. But now it is slowly starting to become apparent that there is something missing in Geoff’s psychological make-up. As an acting exercise and something for an actor to get his teeth in to, it is going to be interesting but it is also a privilege to be trusted with such an important storyline that I hope will make a difference.

‘It is something that happens in our society much more than we understand, it is very prevalent. Highlighting something like coercive control, I hope it will make people who are perpetrators of this abuse think about their behaviour but I also hope it gives victims of this sort of behaviour a way of realising that they are not alone and if it helps them do something about it then we have achieved something very important.’

Speaking of the unsettling moments to come as his behaviour gets worse, he added: ‘We have been trying to feed small clues without being obvious because that is what is true to real life. He is misguided which becomes unpleasant and then we will see the true extent of his behaviour in how the story develops. There have been a few pointers that Geoff hasn’t always been Mr Nice Guy from very early on.’