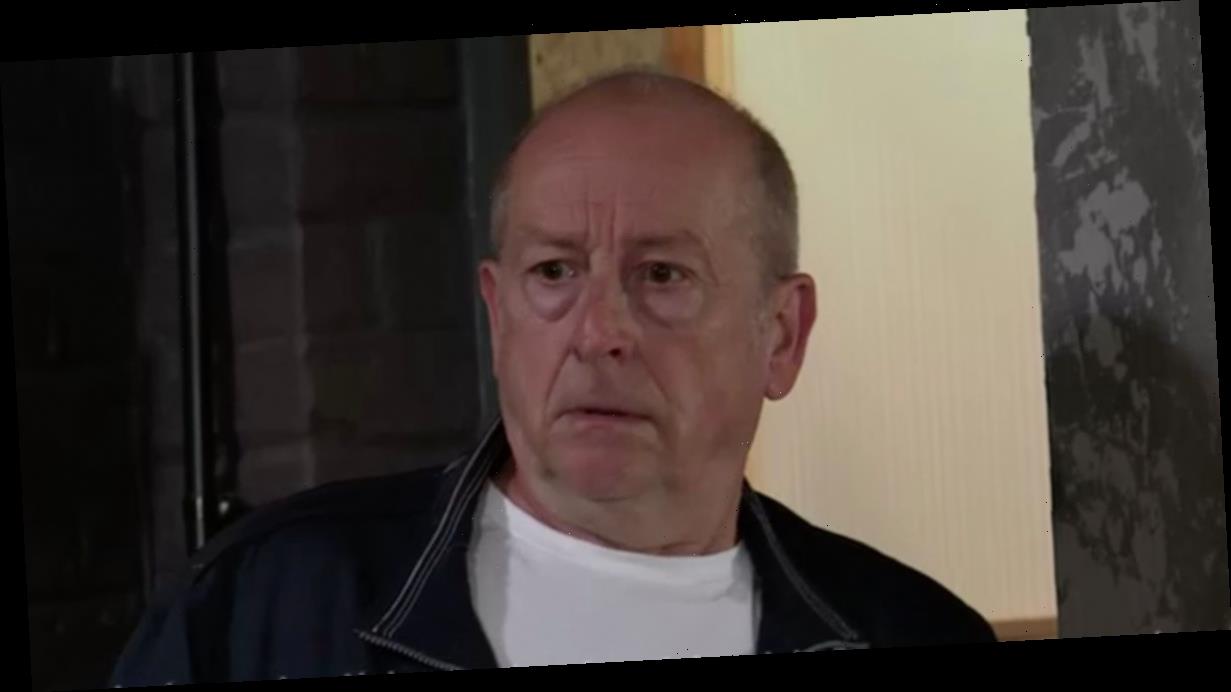 Coronation Street viewers can look forward to high-intensity drama in upcoming scenes, with mysterious disappearances and affair accusations in the pipeline.

Coronation Street spoilers have revealed Abi Franklin (Sally Carman) and Peter Barlow's (Chris Gascoyne) friendship is called into scrutiny when Debbie Webster (Sue Devaney) accuses them of having an affair, threatening both of their relationships.

Below are the most shocking Coronation Street spoilers of the week, from private detectives to illicit liaisons.

Abi tries her best to offer some good parenting advice to little Jack, urging him to tackle his bullies in the schoolyard.

However, when Kevin Webster (Michael Le Vell) finds out, he furiously gives her a telling off – which leaves her seeking comfort in the bottom of a whiskey bottle.

Later, when Abi returns home she is surprised to hear Kevin has decided to forgive her and move past the parenting mishap.

She secretly meets up with Peter Barlow to tell him about the drinking session, but Debbie catches them in the act, and demands answers.

Meanwhile, when Carla Connor (Alison King) learns Peter and Abi have been meeting, she orders him to stay away from her, fearing feelings could form.

Her concerns are valid, because when Abi makes a pass at Peter, he assures her he won't tell anyone.

However, Abi tells Debbie what happened, and she furiously confronts Peter, warning him to stay away from Abi for the sake of her brother's happiness.

Later, Abi tells Debbie she is going to spend the day with Seb Franklin, only to remember she scheduled a doctor's appointment.

Last-minute, she calls a cab, only for Peter to coincidentally appear in the driver's seat.

When Debbie hears Peter and Abi drove away together, she assumes the worst and tells Kevin his girlfriend is having an affair.

Broken-hearted, Kevin heads to the Rover's Return, where he tells Carla they have been taken for fools.

When Abi and Peter return, they are faced with Kevin and Carla's wrath, as they try desperately to convince them nothing untoward has happened.

Abi eventually confesses to making a pass at Peter, while Carla accuses him of seeking his next "damsel in distress," having grown tired of her.

Can the two couples patch up their relationships, or is this one hurdle too many to overcome?

However, Nick saves the day when he offers to sell his share of Underworld for Ollie's healthcare, leaving Leanne overjoyed.

When Steve hears about Nick's generosity, he wonders whether he should sell Streetcars and the florist to pay the remaining fees.

Listening to his idea, Tracy Barlow (Kate Ford) grows concerned, fearing it is too late for little Ollie to seek treatment in Germany.

Can Leanne raise enough funds in time to get Ollie the help he needs?

Geoff and Daniel at war

Daniel and Nicky take their friendship to the next level when they spend the night together, and a romance starts to blossom.

However, when Kirk Sutherland (Andy Whyment) sees Daniel say goodbye to her the following morning, he expresses his concerns about their relationship.

When Adam Barlow (Sam Robertson) learns they have slept together, he urges Daniel to axe their romance, but he refuses.

Later, when Geoff appears in Adam's office, Daniel can't help but slam the Corrie villain for his sordid history with sex workers, rightly accusing him of taking advantage of vulnerable women.

Geoff storms out of the office, only to leave a padded envelope full of cash behind him in his hurry to leave.

When Geoff comes looking for the cash later in the day, Adam is concerned to learn Daniel has already hunted for it.

Meanwhile, Daniel can be seen giving Nicky the envelope of cash in the hospital, as he urges her to give up sex work and pay off her debts.

When Geoff accuses Alya Nazir (Sair Khan) of stealing his money, Adam and Daniel watch on in horror.

Daniel assures Adam he has nothing to do with the stolen dosh, as the concerned lawyer warns him against crossing evil Geoff.

What will happen when Geoff finds out who really stole his funds?

Lenny the detective makes a discovery, as he learns Todd was involved in a scam with a local gangster, only to mysteriously vanish one day.

While Billy fears he is dead, Paul Foreman (Peter Ash) starts to come up with an idea, contacting the local newspaper for assistance.

The Gazette agrees to run a story on his disappearance, but the lads start to fear the consequences of making their concerns public knowledge.

Once the story is published, they are nervous about Eileen Grimshaw's (Sue Cleaver) reaction, as she has no idea Todd is missing.

Will their search yield results, or have the boys left themselves in a worse position?

Hope for Michael and Grace

After clashing with Carla, Grace stands up for Michael – leaving him secretly thrilled.

However, his delight soon turns to disappointment when she runs home to Tianna.

Later, when Tianna calls Michael "daddy," he is overjoyed, hoping they can become a family unit.

Unfortunately, the mood sours when he sees Grace's reaction, as she fears he will let them down once again.

Can Grace and Michael mend things between them, or are they better off apart?

Coronation Street airs on Mondays, Wednesdays and Fridays at 7.30pm on ITV