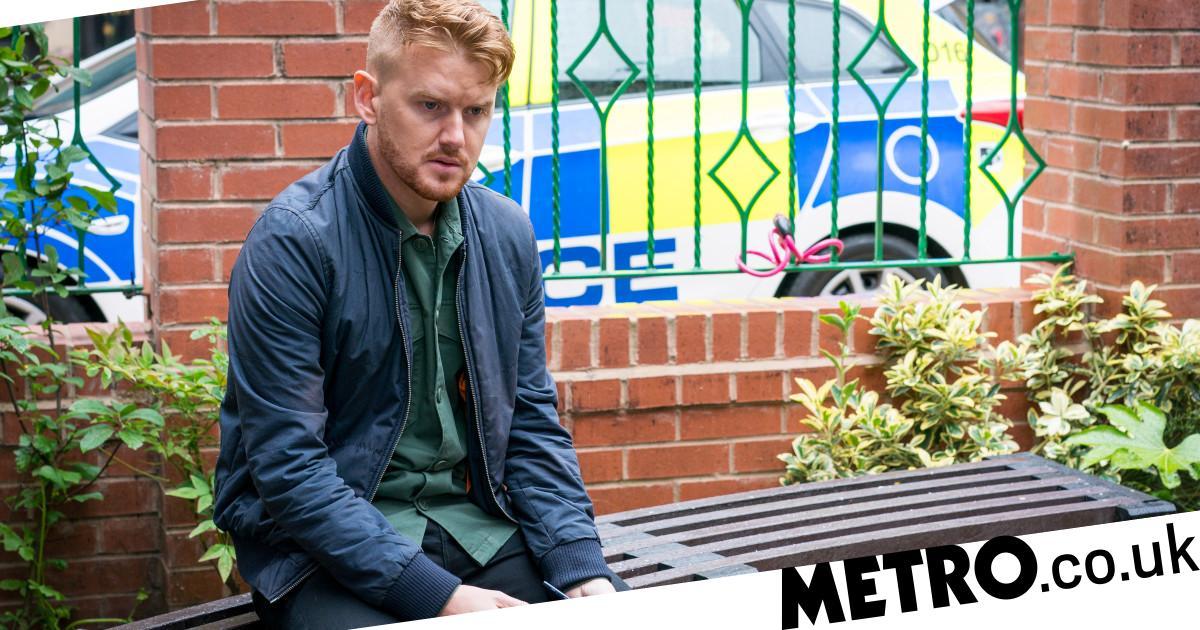 Since discovering Gary Windass (Mikey North) was responsible for the factory roof collapse and the death of Rana Habeeb in Coronation Street, we’ve seen him murder loan shark Rick Neelan (Greg Wood), take over Rick’s loan shark business, lie to Rick’s daughter Kelly (Millie Gibson) about the whereabouts of her father, opened a furniture shop due to him being unable to pay off his debts and now, it would appear Gary’s next murder victim will soon be revealed…

Taking a wad of Rick’s money, Gary stashes it in a desk drawer and heads out on some dodgy business leaving Ryan (Ryan Prescott) to mind the furniture shop.

Gary returns and is impressed when Ryan reveals that while he was out, he sold two pieces of furniture for £200. An agitated Gary tells Ryan that there was £650 hidden in the desk that he sold. Ryan is apologetic and reveals that Mary (Patti Clare) bought the desk for the flower shop.

Gary calls in the flower shop and rifles through the desk drawers in search of his money but Mary assures him that the drawers were empty when she bought the desk. Ryan tells Alya (Sair Khan) he’s sold some vinyl so he can now afford to join her in Copenhagen, Alya’s thrilled. Gary asks Ryan if he knows anything about the missing money but Ryan swears blind he knows nothing about it but when Alya lets slip to Gary that Ryan has come into some money, Gary quietly fumes.

Gary confronts Ryan over his apparent windfall. When Gary threatens to call the police, Ryan admits that he took the money from the desk drawer but swears he had no idea it was Gary’s. Gary tells him he can pay it back plus interest.

He’s certainly getting good at the scheming but is Gary about to take even greater revenge on Ryan? Will Ryan make it to Copenhagen?