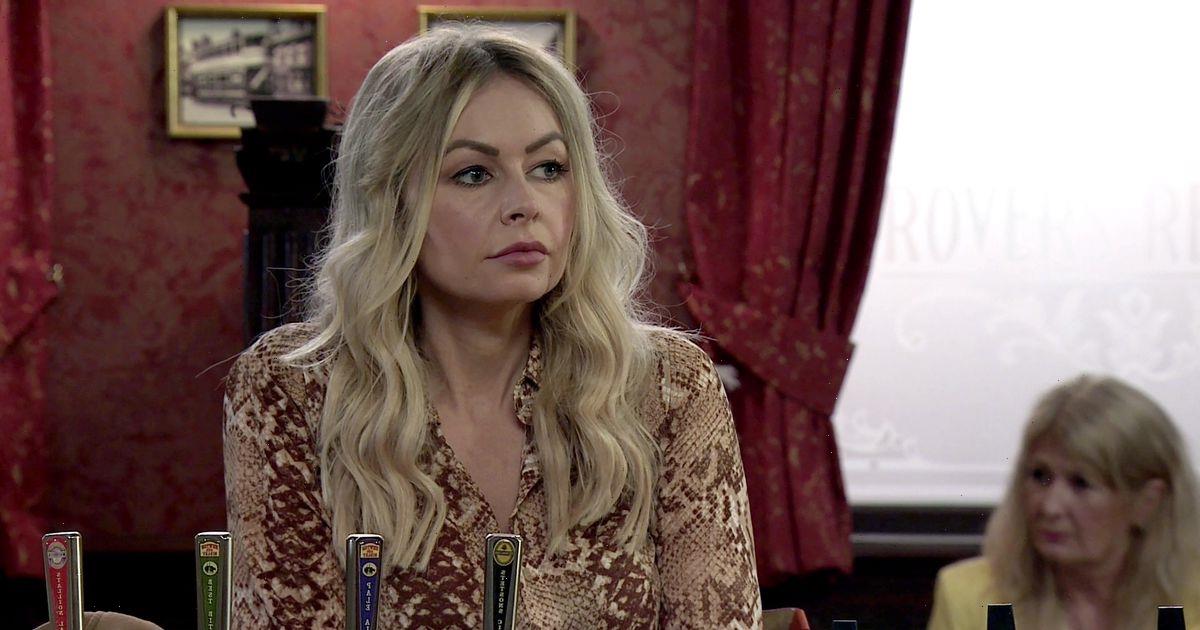 Coronation Street resident Laura Neelan was stunned when she was arrested on suspicion of child cruelty during Monday's visit to Weatherfield.

The scheming mum tried to sell her daughter Kelly's story about her involvement in Seb Franklin's murder to the papers.

When she was arrested, Laura was quick to point the finger at the obvious suspects – Toyah Battersby (Georgina Taylor) and Imran Habeeb (Charlie de Melo)- however, when Kelly called them from prison, she revealed that it was she who reported Laura to the police.

Kelly and her mother have long had a toxic relationship with Laura often leaving her daughter to fend for herself while prioritising her new boyfriend.

Actress Kel Allen has played Laura since April last year but it's not the first time fans have seen her on the cobbles.

In 2018, the soap star played the guest role of Lulu Lockett, the manager of Tassels, a strip club where Bethany Platt (Lucy Fallon) worked.

"Obviously she'd already cast me as Lulu Lockett. She's a brilliant casting director – she never forgets faces and she never forgets talent. If she thinks you're right for something, no matter how far down the line, she'd always bring you in.

"Last year I'd also done an in-house directors audition process, so I was playing a role that never went out on air or anything.

"I think that might have had a bit of an influence as well into Gennie remembering me for playing Laura, so that's how it came about."

Kel rejoined the cast of Corrie just two years after playing the role of Lulu.

When asked if she was suprised to be given a second role in the same soap, Kel explained: ""I wasn't surprised, only because of our industry. In our industry, anything can happen whatsoever.

"When I got the call, it was the best news in the world, really. I normally park an audition and move on, but with this one, I was looking at my phone every two seconds going: 'Ring!' I was literally checking I'd got a signal, the lot. So that's how much it meant to me."

Kelly Neelan is set to learn whether she'll be wrongly imprisoned for Seb's death, after he was attacked by evil Corey Brent (Maximus Evnas) and his gang.

His death aired on the soap in May as part of a brutal assault storyline which saw Seb and girlfriend Nina Lucas (played by Mollie Gallagher) brutally attacked and hospitalised.

Fans won't have long to wait until the all-important trial plays out, with scenes expected to hit the soap in August.