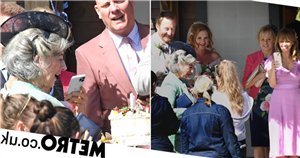 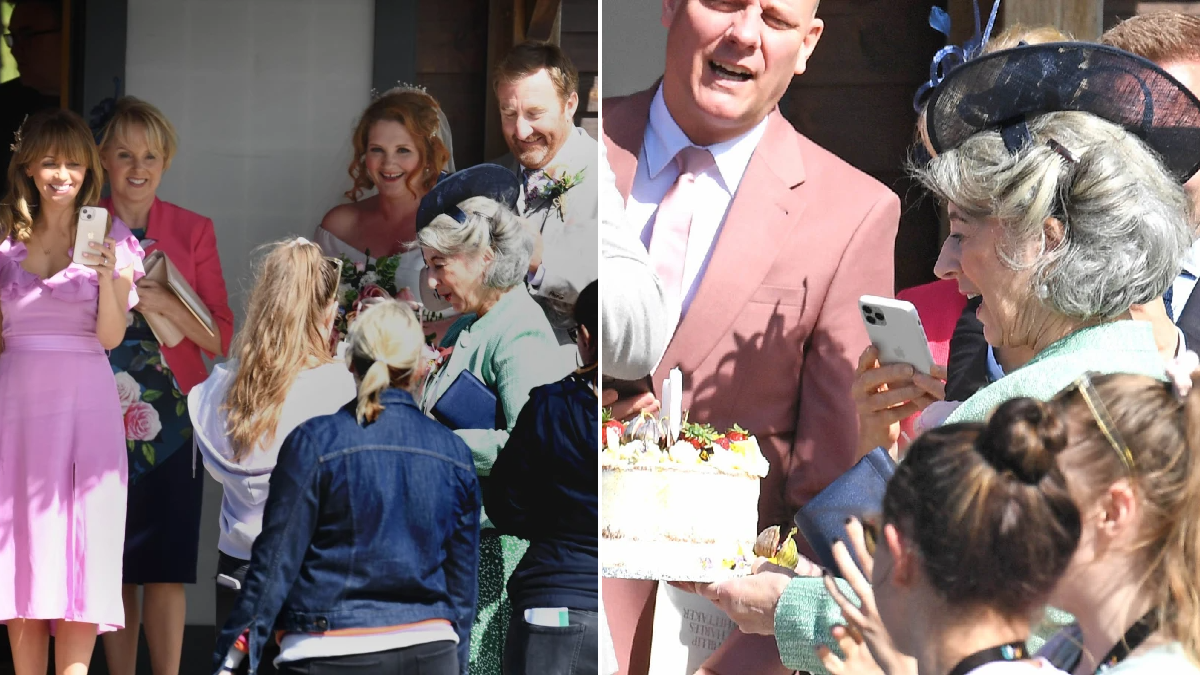 The actress, who plays Evelyn Plummer, celebrated her birthday on May 10, turning 76.

Cast including Jamie, Jennie, Samia Longchambon (Maria Connor), Alan Halsall (Tyrone Dobbs) and Antony Cotton (Sean Tully) can all be seen in the pictures, smiling and documenting the special moment for Maureen, as she receives a very delicious looking birthday cake!

Of course, Maureen is involved in the filming of Fiz and Phill’s wedding as Evelyn is the grandma of Tyrone, and great grandma of Hope (Isabella Flanagan) and Ruby (Macy Alabi).

The lead up to the wedding isn’t going well for the couple, as last night, Fiz and Phill had to deal with Evelyn and Mimi (Margot Leicester) bickering, the bridesmaids dresses being ruined, and the arrival of Camilla – Phill’s ex!

Oh, and Tyrone told Fiz that he still loves her.

Maureen Lipman has played the role of Evelyn since 2018.

She is also known for her roles in The Vicar of Dibley, Ladies of Letters and Educating Rita.

Last year, she opened up about her husband Guido Castro’s passing, revealing she wasn’t able to hold her partner’s hand, due to wearing full PPE at his bedside.

While Coronavirus wasn’t the cause of Guido Castro’s death, he was weakened from it.

‘It is unbelievable to have to say goodbye to somebody with gloves and a pinafore on. It doesn’t bear thinking about’, she told the Mirror.

‘He survived Covid in a care home. But he didn’t really survive’.

Maureen was announced as a Dame Commander in the Queen’s 2020 birthday honours.