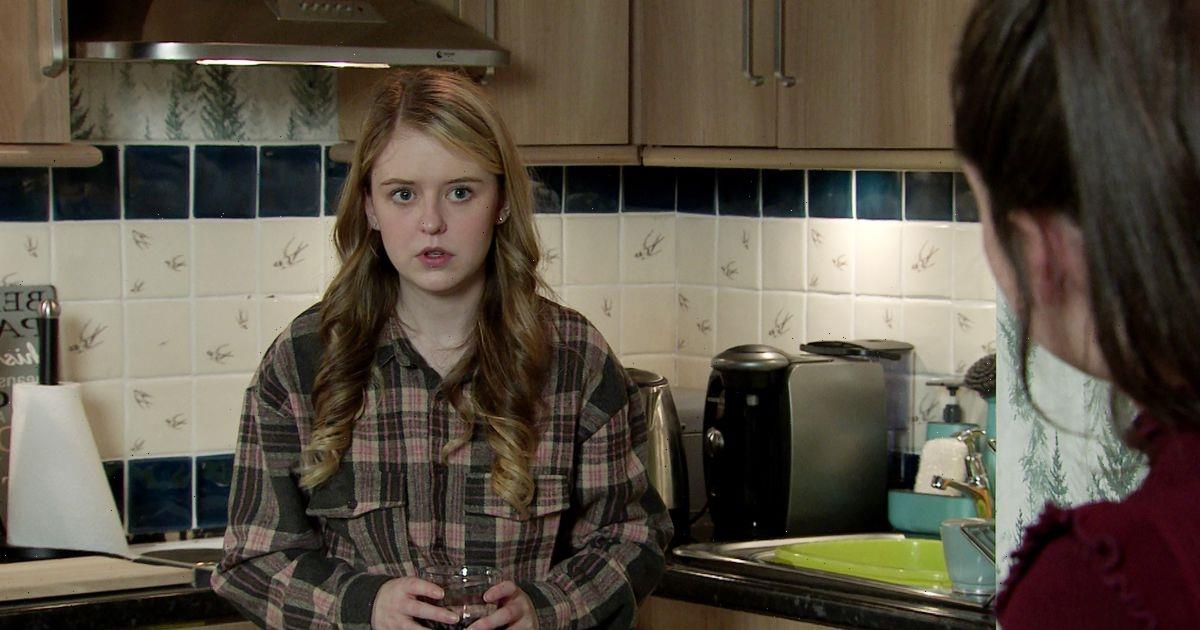 Coronation Street youngster Summer Spellman (Harriet Bibby) finds herself at the centre of a dramatic new storyline next week.

In upcoming scenes, Summer finds out that she's had a condition offer from Oxford University.

However, joy turns to devastation when she finds out that pictures of her are being circulated around Weatherfield.

Aadi Alahan (Adam Hussain) urges Amy McDonald (Elle Mulvaney) to bury the hatchet with Summer as they used to get on so well.

Summer returns home with a bag of junk food, but suddenly she’s startled when Amy appears.

She quickly hides the food, hoping Amy didn’t notice it.

Having clocked the sweets, Amy assures Summer it’s up to her what she eats.

A guilty Summer makes out they’re not for her. Summer returns home and takes out her stash of sweets, loads them into her school bag.

As Summer and Amy head out of the hospital after Summer’s diabetes appointment, Jacob Hay (Jack James Ryan) approaches with his arm in a sling.

Jacob assures them that he no longer has anything to do with the drugs gang. Amy orders him to stay away.

In Victoria Garden, Amy and Summer are disgusted to find Max Turner (Paddy Bever) looking at an upskirting photo on his phone.

Summer’s horrified to realise it’s a photo of her.

Amy and Asha Alahan (Tanisha Gorey) urge Summer to report the upskirting photo to the police, but Summer’s too embarrassed.

An annoyed Amy tears a strip off Max for looking at upskirting pictures and tells him she intends to find out who’s taking the photos and make sure they’re punished.

In the flat, Summer stuffs herself with chocolate and then heads to the bathroom where she makes herself sick.

Elsewhere in Weatherfield, A dishevelled Tim Metcalfe (Joe Duttine) returns home after spending the night in the cab office and assures wife Sally (Sally Dynevor) he’s not gone off her, he just had a stressful day.

At nurse Aggie’s insistence, Tim returns to see the cardiologist who explains the operation in detail and confirms that he’ll receive a letter with a date. Tim’s scared witless.

As Tim tries to pluck up the courage to tell Sally about his heart operation, he’s thwarted when Sally reveals her daughter Sophie’s broken her wrist in a moped accident in Crete.

Tim calls at No.3 with flowers for Aggie and thanks her for all her support.

When Tim returns home without any flowers and heads straight to bed, Sally’s convinced he’s hiding something.

In the Rovers, Tim confides in Peter Barlow (Chris Gascoyne) that he’s awaiting a triple bypass operation but can’t bring himself to tell Sally.

Tim returns home and as he takes off his coat, he knocks their wedding photo off the sideboard, smashing it to smithereens.

Will Tim open up to his wife about his health battle?