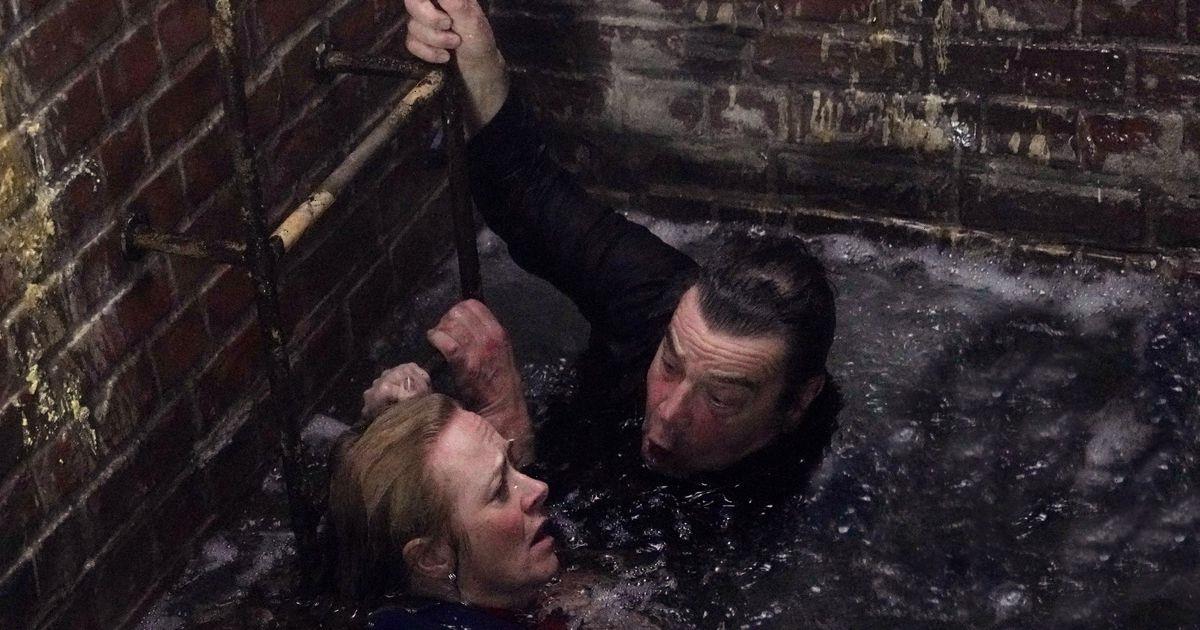 Coronation Street viewers may be set to say goodbye to Shona Platt (Julia Goulding) when she goes on a deadly rescue mission.

Fans of the ITV soap have a huge week to look forward to, as it's been confirmed that a character is going to die – but who?

New Coronation Street spoilers have tased that it could be Shona, who risks her life trying to rescue Johnny (Richard Hawley) and Jenny (Sally Ann Matthews).

The week starts off pretty quiet for the characters, with Johnny telling Carla Connor (Ali King) that he's going to Bali to be with Kate.

Soon the House of Horrors is in full swing but the generator falls through the ground, leaving a huge hole where it once stood.

Leo tells David and Shona that he reckons it could be linked to the sinkhole that previously appeared in their garden, and that everyone needs to evacuate.

Meanwhile, in the beer tent, Jenny tells Johnny that she hopes he isn't leaving just because of her and the end of their relationship.

Later, she goes looking for him but is soon swallowed up by the ground herself.

Shona warns Johnny about his safety, but he slowly edges himself into the sinkhole to try and rescue his ex.

In the sewer, Johnny hears Jenny's cries for help and he tries his best to make his way through the water to get to her.

The water continues to rise and he assures her that it's only a matter of time before someone comes to their rescue.

As the water below continues getting deeper and deeper, Johnny and Jenny scream for help as they cling onto the ladder.

Up above, Shona and David (Jack P Shepherd) help prise open the manhole cover outside the factory.

And it's not long until Shona takes matters into her own hands, leaving David horrified.

She grabs a rope and disappears down the manhole to find Johnny and Jenny.

Will any of the three of them make it out alive – or could one of them be the promised victim?