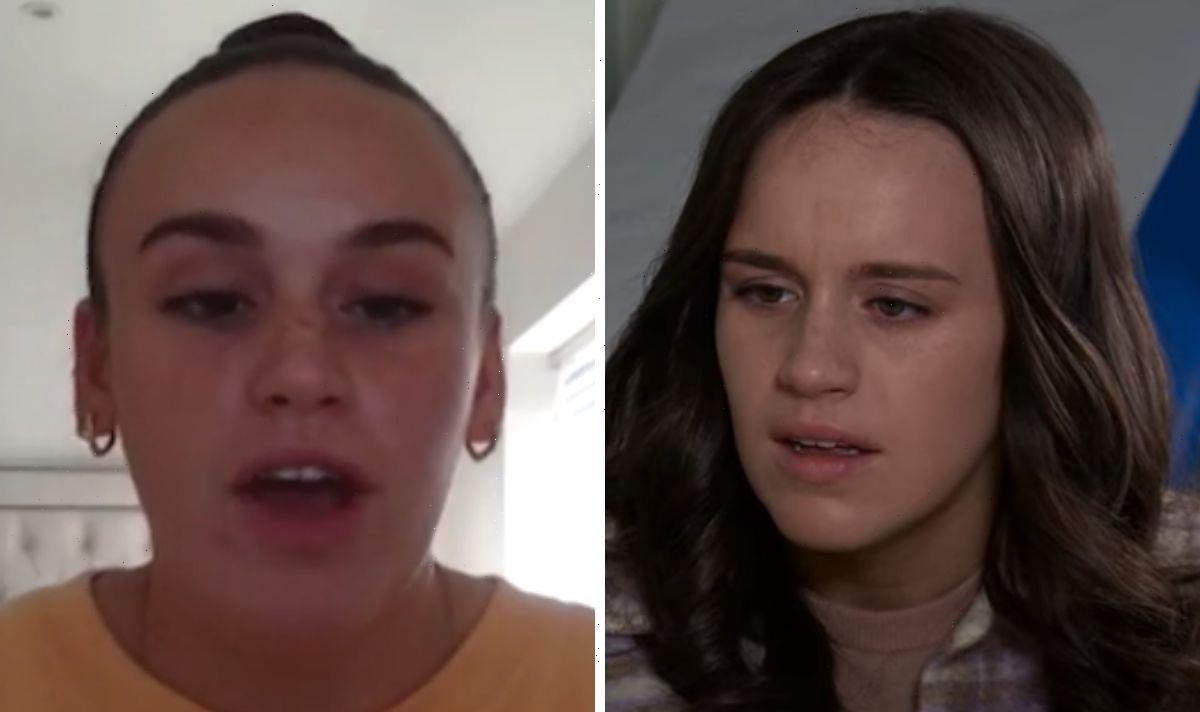 In recent scenes, Coronation Street viewers have watched poor Faye (played by Ellie Leach) try to come to terms with the fact she is going through the menopause at 20 years old. Faye isn’t sure how to deal with the news, and her boyfriend Craig Tinker (Colson Smith) seems to be making matters worse.

Speaking about her storyline on Jeremy Vine on 5, Ellie admitted it has been very “challenging” for her as an actress.

When asked what it was like filming the heartbreaking scenes with Craig, the actress began: “I do really love being able to kind of play something completely different.

“Obviously, it’s not nice because I don’t like being horrible to Colson. But obviously, we know he’s not real.”

She continued: “I think it’s the mood swings, like going from zero to 100 so quickly. 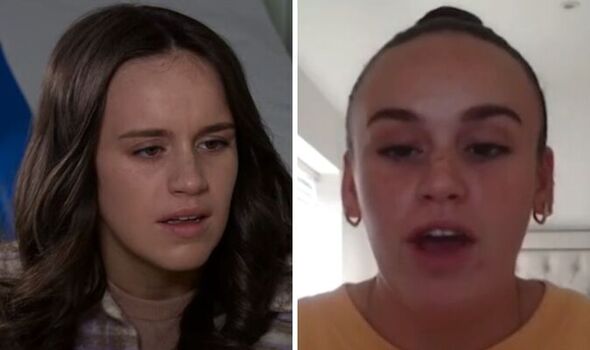 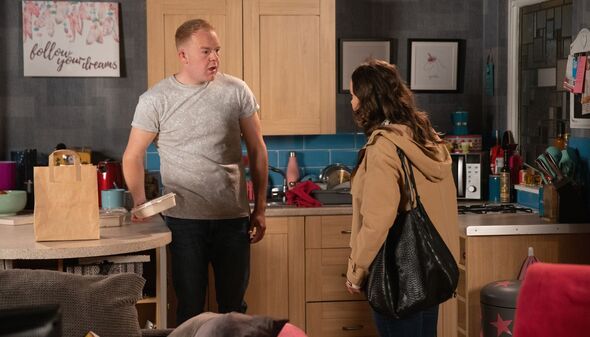 “It is challenging because it’s not really something that I experience in my day-to-day life.

“It’s really good and obviously, it’s good to show how it affects relationships as well because I don’t think that’s really spoken about much.”

Things between the couple came to a head earlier this week when Craig told Faye he would move back to his mum’s to give his girlfriend some space.

“Are you hungry because I could get a takeaway?” Craig asked. 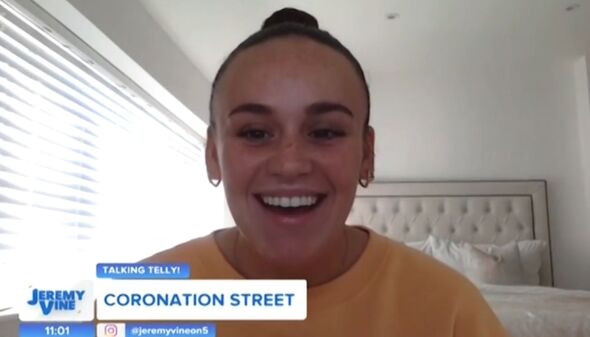 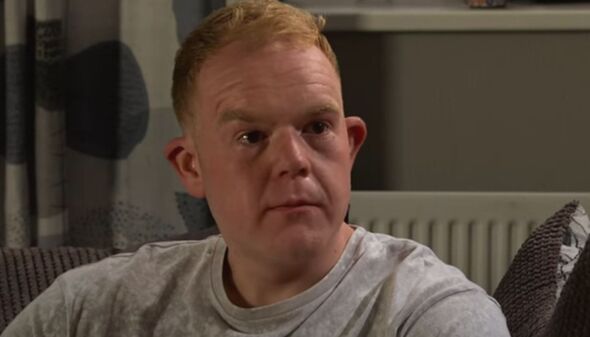 “I couldn’t eat a thing,” Faye hit back before adding: “I’ve got a knot in my stomach.”

Faye sighed as Craig asked: “I do your head in, don’t I?”

As Faye poured herself a drink, she snapped: “I swear if you start lecturing me.”

“I haven’t said a word,” he explained. “Shall I move back in with my mum for a bit?”

Clearly fed up with the situation, Faye concluded: “I’ll just do me, and you just do you.

The soap star also recently opened up about her latest health storyline during an appearance on Loose Women.

“Yeah, yeah definitely not,” Faye told Kaye Adams when asked whether she expected to be involved in a storyline like this.

“But obviously it’s always good to be able to tell a story, whatever you get.

“So yeah, I was shocked because I didn’t really realise that it happened to women so young.

“But I think that’s why it’s good because not a lot of people know about it, so it’s good to be able to show that this happens and make sure everyone knows about it.”

Coronation Street airs on Mondays, Wednesdays and Fridays at 8pm on ITV.