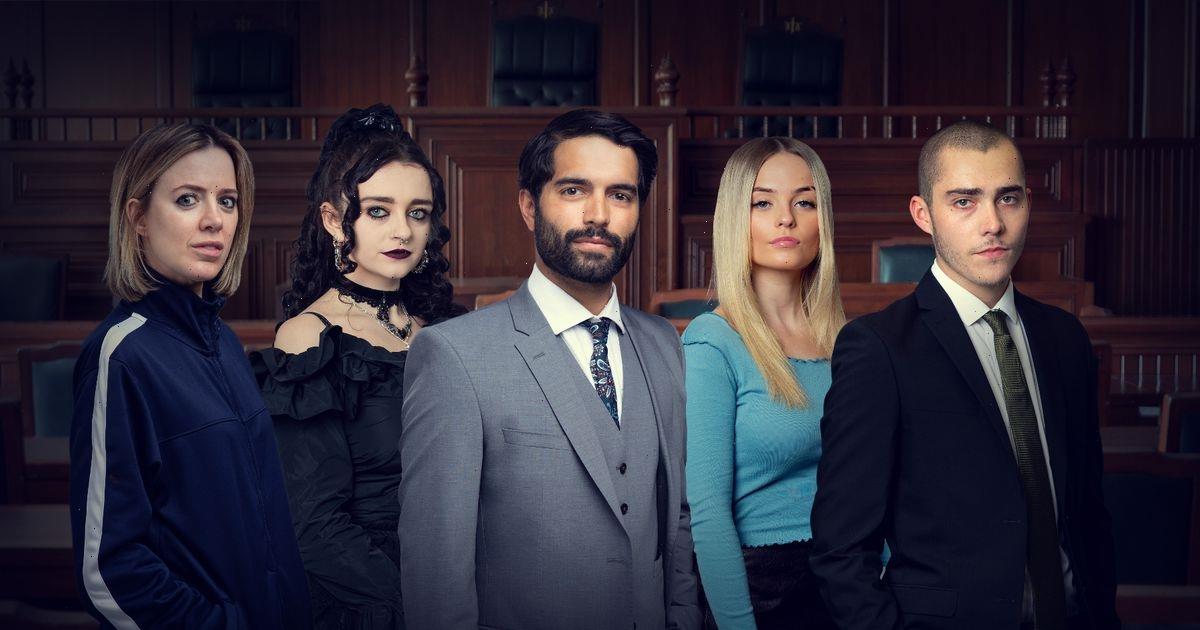 Next week in Coronation Street will see Seb Franklin's murderer revealed in the court case trial on his brutal murder, that took place earlier this year during a harrowing hate crime storyline.

Seb Franklin, played by Harry Visinoni, was killed back in May after his girlfriend Nina was targeted in a brutal attack, because she was a goth.

The heartbreaking storyline is based on the brutal murder of Sophie Lancaster which happened in 2007.

Sophie died from the severe head injuries she sustained in the attack thirteen days later, while her boyfriend, who was with her at the time, suffered brain damage and struggled with depression too.

Everything comes to a head in next week's batch of Corrie episodes, but will Abi and Nina get justice for innocent young Seb who met his demise due to a hate crime?

Suspected murderer Kelly takes the witness box to defend herself, where she tells the court how Corey attacked Seb and kicked him repeatedly despite her begging him to stop.

Corey's solicitor Sabeen then drops a bombshell within the courtroom and suggests Kelly was actually the the murderer who attacked Seb in order to impress Corey.

Things take another turn when Kelly's mum Laura then takes to the stand and claims that Kelly is a model daughter and would never have hurt Seb.

But what will the jury decide?

As the trial comes to an end, solicitors for either side Imran and Sabeen deliver their closing speeches, before heartbroken mum of Seb, Abi, yells at the jury not to believe Corey.

With the jury out Imran is still fighting to prove Kelly’s innocence, while Abi is desperate to unmask Corey for the killer he is.

Abi intends to find some hard proof that Stefan bribed a witness, while fiancé Kevin wishes she’d just leave it to Imran.

Back in court the verdict is in, but will justice be served?

On the cobbles, residents of Coronation Street discuss the verdict but then they receive some rather shocking news from the prison.

This comes as Mollie Gallagher, who plays Nina Lucas, opened up and revealed that she struggled filming the flashback scenes of boyfriend Seb Franklin's tragic murder.

For more of the latest TV and showbiz news from Daily Star, make sure you sign up to one of our newsletters here.

Mollie who plays Nina Lucas, Roy Cropper's niece, has opened up about what it was like to film the tragic flashback scenes, where she said: "It was very hard because it was a reminder of the connection to the Sophie Lancaster story.

"I am only an actor playing a role but this has happened to people in real life and that is heartbreaking.

"It was cold and wet, lying on the floor, and we had to get back into the mindset that we had a few months ago and that was difficult but I am so grateful to be doing this storyline on an issue which is so important to highlight."

Will Seb get justice? Let us know in the comments section below…