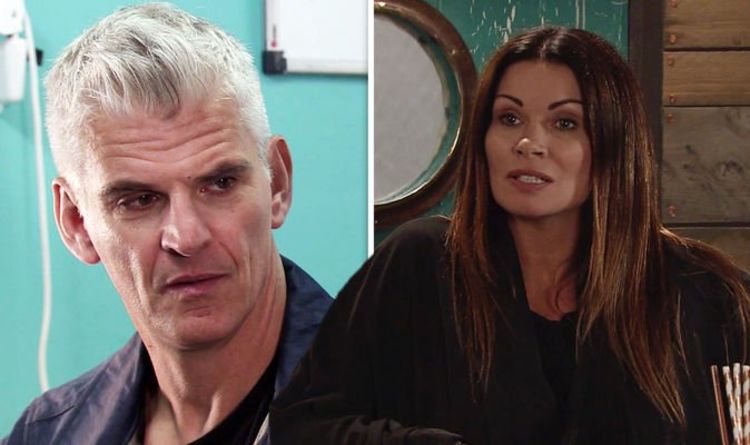 Robert’s (played by Tristan Gemmell) living a double life on Coronation Street which risks being exposed as while he is with fiancée Michelle (Kym Marsh), he’s also expecting a child with Vicky Jefferies (Kerri Quinn).

Vicky tells Robert that she’s lonely which leads him to agree to stay over at hers occasionally.

Of course this means Robert must invent a cover story to tell Michelle on the ITV soap.

Meanwhile, Michelle receives a job offer from Ray who wants her to be the Events Manager across his whole chain.

Robert sees this as an opportunity for her to be away from him and lessens the chance of him being caught out, so he urges her to go for it.

But Robert deceives Michelle once again when he tells her that he’s been offered a gig mentoring chefs in a Young Offenders’ Unit which means he might be away from time to time.

However, Carla (Alison King) walks in on Robert while he is on the phone to Vicky.

He tries to talk his way out of it, claiming it’s the Young Offenders’ Unit on the other end.

Robert wants rid of Carla, knowing she could expose him, so he promotes Kate Connor (Faye Brookes) to manager and asks her to tell the family that Carla turned it down.

When Carla hears this she’s perplexed and starts to find holes in Robert’s cover story.

She questions how he can be working with young offenders considering he himself has a criminal record. 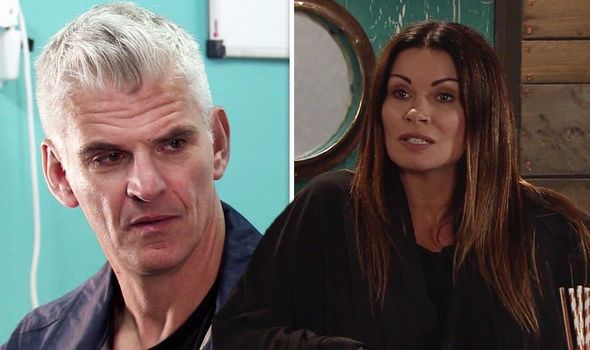 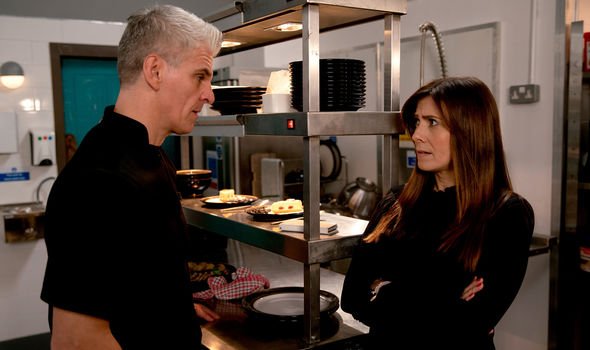 As he’s struggling to explain himself, a message pops up on his phone as Carla picks it up.

However, Robert isn’t caught out yet as he goes to show Carla messages about her from her family on his device.

She’s upset they’ve been trying to keep tabs on her and so goes off to confront them.

But will Carla give up now that her suspicions have been well and truly raised over Robert?

It may lead her into making some investigations of her own into his new imaginary job. 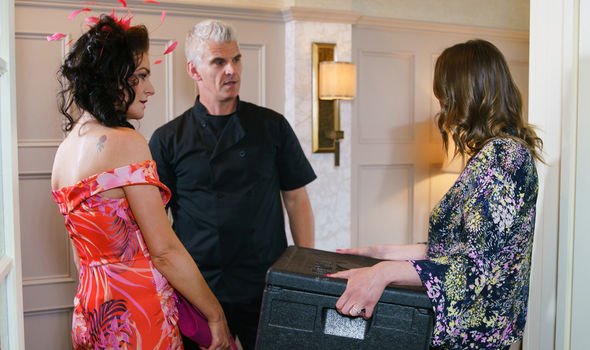 Elsewhere, Robert and Vicky risk being caught out by Tracy Barlow (Kate Ford) next week.

At Vicky’s son Tyler’s (Will Barnett) awards ceremony, Robert tries to encourage Vicky to go home under the pretence of worrying about the baby.

However, it’s really because Michelle is catering the event.

As Robert wraps Vicky in a hug, Tracy witnesses the embrace. What will she make of it?