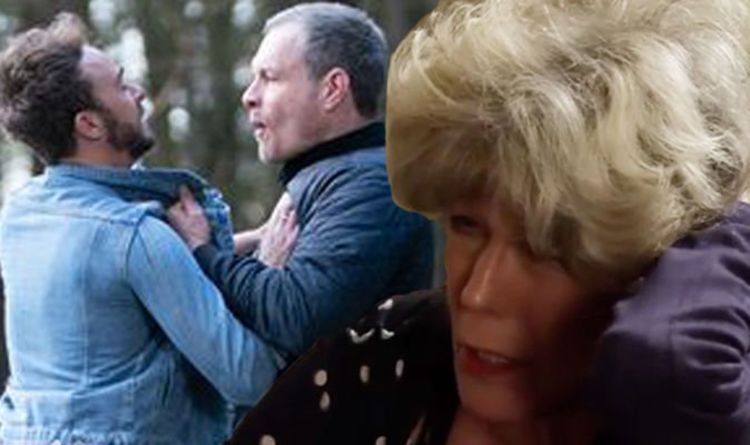 Audrey (played by Sue Nicholls) was devastated to learn David (Jack P Shepherd) and Nick (Ben Price) had funded their latest business venture on Coronation Street with her stolen money, which was taken from her by the Underworld boss.

David and Nick are currently locked in a bitter feud as Audrey reported them both to the police, unaware her eldest grandson is the sole reason her money went missing in the first place.

With the implications of the brothers warring ways taking their toll on her, Audrey suffered an angina attack earlier this week on the ITV soap.

Although she recovered after a visit to the hospital, Audrey found herself needing medical attention once more tonight as Nick and David came to blows.

After Gail Platt (Helen Worth) tricked the whole family in getting together to discuss the feud, things didn’t go to plan when the brothers started pointed the blaming at one another.

They were both on bail at the time, awaiting sentencing for their involvement in the fraud, with the requirements of their restricted freedom stating they should speak to one another or their grandmother.

As things become heated between the pair, with Gail offering a china lady as a token for the person who wanted to speak to hold, David and Nick began wrestling over the ornament.

With the tussle becoming more aggressive, the ornament flew out their hands and hit Audrey across the head who was standing on the other side of the room.

The ambulance crew were quick to arrive and assess the pensioner, who was seen bleeding from her head as the brothers watched on resentfully.

Hot on the heels of the medical assistance were the police, who went on to arrest both David and Nick for breaking the conditions of their bail as Audrey paid another visit to the hospital. 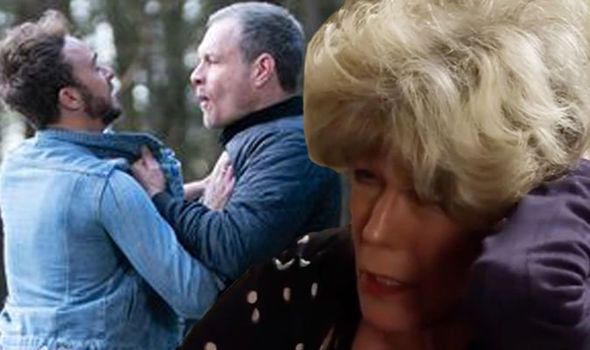 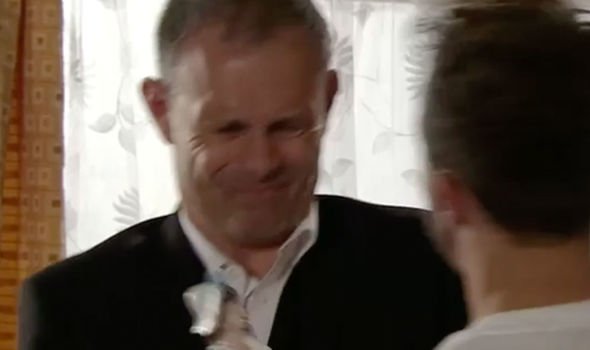 Hope it was worth it

With her sons behind bars, Gail decided to leave her mother in hospital on her own and after she was given the all clear, Audrey was forced to make her own way home.

As a repercussion of their warring ways, David and Nick were escorted to court where they were told they would remain in custody of the court.

Before the judge made their decision, Gail was seen reading a text message from Audrey which read: “I got home ok. No thanks to you.

“Hope it was worth it,” as she tried to make her daughter feel guilty for leaving her to be with her criminal sons.

However, could Gail be made to be feel even worse as Audrey’s injuries are revealed to be more serious than originally thought, having possibly sustained a bleed on the brain? 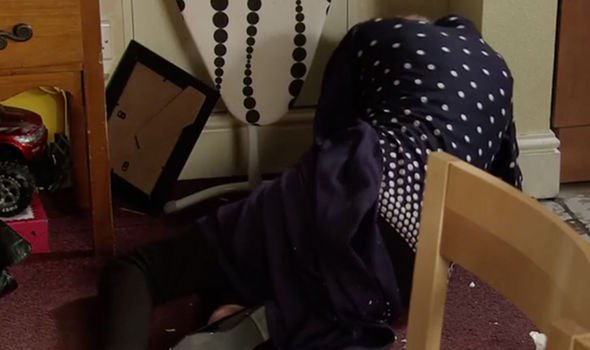 Next week’s episodes will see Audrey become desperately worried as Gail disappears in the aftermath of the ongoing family feud.

Audrey will blame Nick and David for their mother’s vanishing act, but could the pressure of the situation, along with her head injury and previous health problems lead to her untimely death?

The grandmother of the Platt clan has been a pinnacle of the Weatherfield community since 1979, so her death would shatter the very core of the soap.

Could David and Nick both be facing a manslaughter charge as well as lingering doubt over who really stole the money?

Will Nick’s actions have be worth it after the devastation brought to the family’s door?