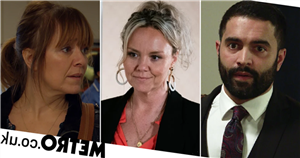 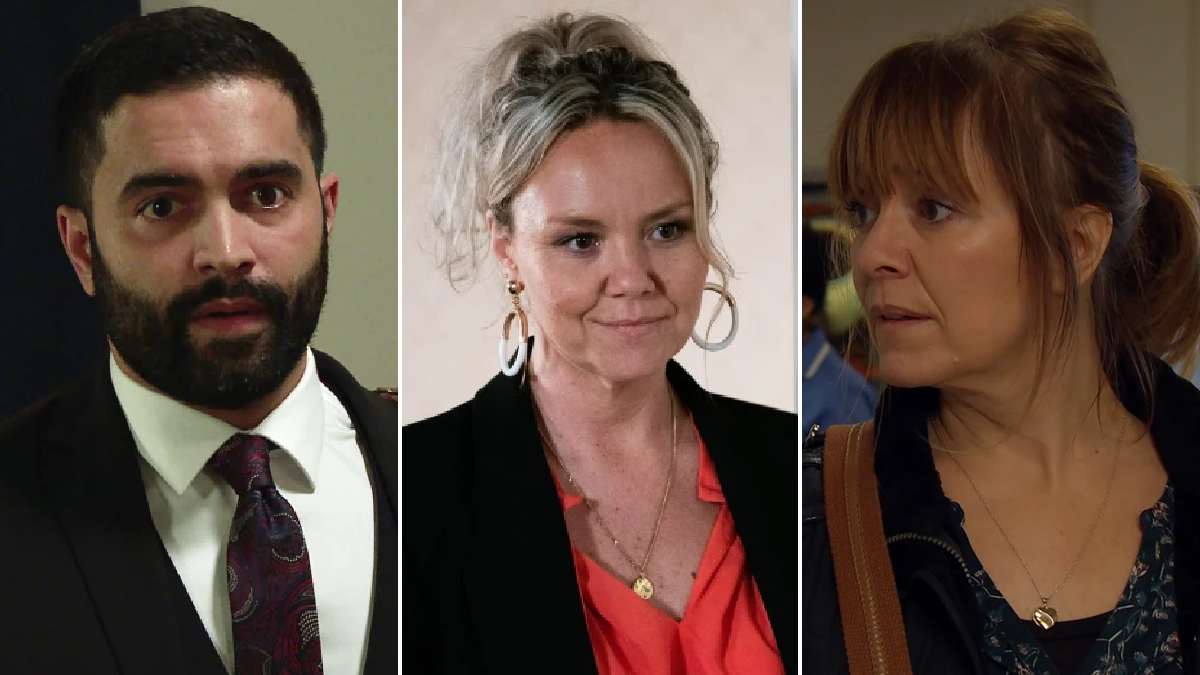 The soaps are on fire at the moment, and you’ll be pleased to know that things are showing no signs of slowing down, with another action-packed week on the cards.

Abi Webster and Imran Habeeb’s big baby secret is finally set to out in Coronation Street, while three familiar faces return to EastEnders.

It’s all kicking off, that’s for sure.

If you can’t wait to see all the drama unfold then you’ve come to the right place, as we’ve handpicked the ten most must-see moments.

Kevin finds out about Imran and Abi in Coronation Street

Imran sets Abi up with a solicitor free of charge, before secretly heading off with her to register Alfie’s birth. Toyah, however, later bumps into Abi carrying a package and assumes she’s back on drugs, unaware that the package in question is Alfie’s paperwork. Determined to help, she warns Kevin about her suspicions. Kev drops by Abi’s flat and hunts for the package while she’s making tea, and soon enough, he makes the mother father of all discoveries, as he finds the birth certificate, which states that Imran is the father!

Rainie pleads with Stuart to attend his hospital appointment. Stuart, however, fails to heed their warnings, instead meeting with Warren, who sells him more expensive supplements. Callum makes it his mission to try to get Stuart to see sense. His attempts fail at first, but with Rainie so stressed and upset, Callum encourages his brother to go to the appointment for her. Rainie is besides herself when the doctor reveals Stuart’s cancer has grown and he needs immediate treatment.

Rhona struggles in the aftermath of Marlon’s stroke, as does Paddy, who is not coping well. The Dingles prepare a video to send to Marlon in hospital but Paddy buckles under the pressure and records an inadequate message. Marlon, meanwhile, meeting his speech therapist. He struggles to form easy words, and Rhona pushes him too hard, which leads to the nurse advising her to put less pressure on him. Paddy promises to do better but he fails to convince a gutted Rhona. Once she’s back at the hospital, Marlon accepts Rhona’s apology but can’t bring himself to watch the video, as he thinks it’s a reminder of everything he’s lost. Mary, meanwhile, worries Rhona is putting too much pressure on herself.

In a bid to raise the money for Luke’s trial, Cindy turns to Tony for help, and he comes up with an ‘ice-bucket’ style challenge involving spoonfuls of mustard. Things, however, soon backfire, as Luke makes a purchase for an expensive holiday with the proceeds. Cindy scrambles to fix Luke’s mistake, while Zara, having been forced to address the village, throws Cindy under the bus in an effort to save her campaign.

Kelly finds out Rick is dead in Coronation Street

Kelly is stunned when she finds out that the police are at County’s new training ground searching for a body. Gary and Maria are concerned by the discovery, but they attempt to mask their panic for Kelly’s sake. A body is soon found, but Kelly clings to the hope that her dad is still alive. Soon enough, the police confirm the body is indeed Rick’s, and Kelly is utterly bereft.

Denise is concerned to hear that Chelsea has lied to her about her whereabouts, and soon enough, she catches her mid-appointment with a social worker – discussing Jordan’s adoption! Denise tries to change Chelsea’s mind, but Chelsea has made her decision.

Charity is upset about Mack and demands that Moira speak with him on her behalf. Moira, however, blames her for Mack’s departure, refusing to give her a second chance. Vanessa tells Paddy about the near kiss with Charity and he lets slip to Moira. Moira gets the wrong end of the stick, convinced there actually was a kiss, which leaves her seething. Moira suggests driving Charity to see Mack so the two can talk. Charity accepts, utterly oblivious to the fact that Moira has a vengeful scheme in mind. In a bid to avenge her brother, she abandons Charity in the middle of nowhere – without her purse or phone – on the side of a road!

Romance for Misbah and Zain in Hollyoaks?

Cleo puts two and two together as she witnesses Misbah becoming nervous around Zain, but will she give them the push they need to get together?

Sam continues to obsess over chess, so Nick books him a trip to the Space Centre. Sam, however, shows a lack of interest, leaving Nick baffled, but soon the little boy admits that he has been playing chess behind his back with Roy, and let’s just say that Nick is not best pleased, as he makes a beeline for Leanne!

Janine makes her triumphant return to the Square, just as Jay goes over funeral plans for Tina with the Carters. Shirley seethes upon finding out Janine is back, but Mick, struggling with Tina’s eulogy, asks Janine for help with planning the funeral.