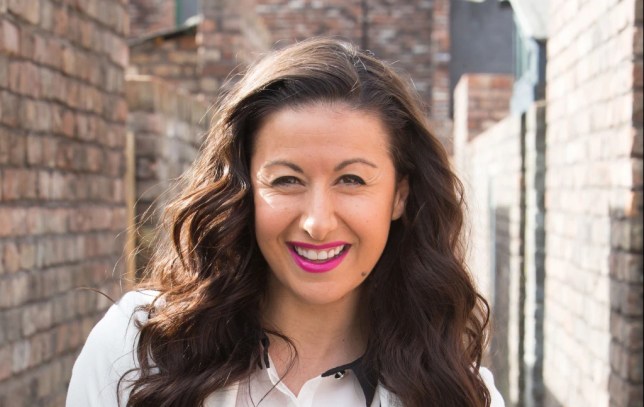 Emmerdale and Coronation Street star Hayley Tamaddon has heaped praise on the doctors and nurses at Blackpool hospital, who took care of her after she was diagnosed with meningitis.

The actress, who played Delilah Dingle in Emmerdale, revealed earlier this week that she had spent the weekend in hospital, taking to social media to post a picture of herself on an IV drip.

The 45-year-old shared the snap on her Instagram stories at the time, writing: ‘Not the greatest of weekends’.

Hayley, who also played Andrea Beckett in Coronation Street, was pictured hooked up to the drip in the image, as she lay on the hospital bed. The reasons for her hospital were unknown at the time, but the soap star has since confirmed that she was diagnosed with meningitis.

‘Last weekend did not go as planned’, she wrote in a lengthy statement, which she shared on Instagram.

‘I ended up in hospital with meningitis. I got poorly very quickly. And my temperature wasn’t coming down it was going up. The light hurt my eyes and my head felt like it might explode. My neck was stiff and my body ached.’

‘I rang a family friend Anthony Kearns who is a doctor at Blackpool Hospital A&E department and told him my symptoms and he told me to get to hospital asap.’

‘I was taken into a cubicle and straightaway the amazing doctor, Dr Karun, said I think this is meningitis, but at that stage they weren’t sure if it was bacterial or viral.

‘So I was given strong antibiotics through a drip. Then a brain scan and a lumbar puncture confirmed it was viral. And a few days later I was sent home.’

Hayley, 45, was quick to thank the staff at the hospital where she was admitted to for ‘taking care of’ her.