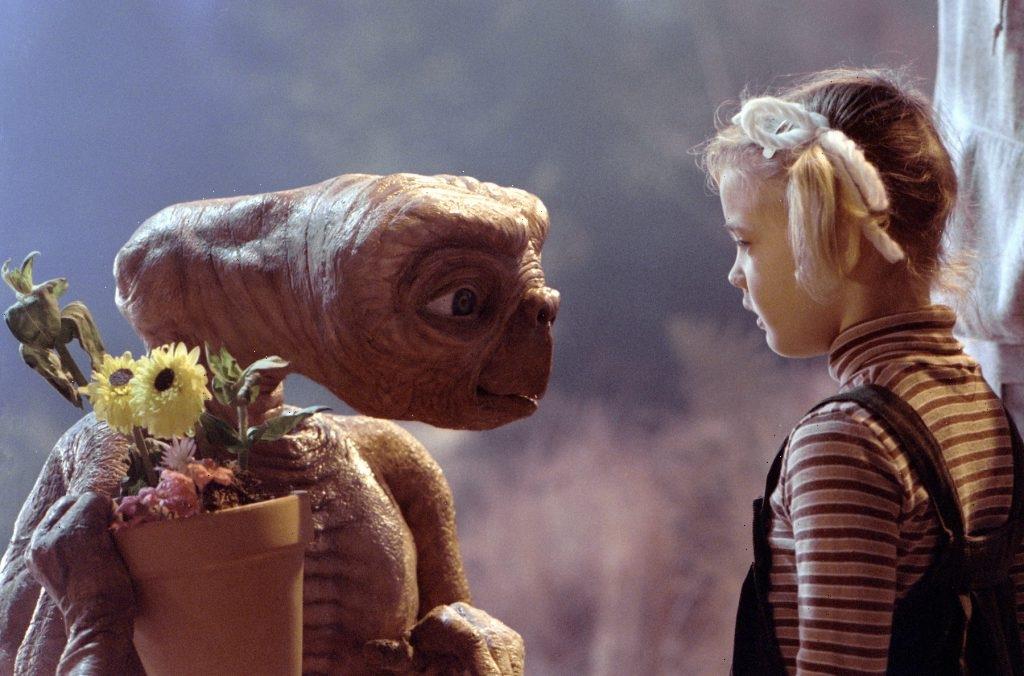 Steven Spielberg is a genius in the film industry. His incredible vision and talent has led to box office smashes like Indiana Jones, Jaws, and Jurassic Park. In 1982, one of Spielberg’s most iconic films was released: E.T. the Extra-Terrestrial. Audiences instantly fell in love with the stranded, homesick alien. At some point or another, we’ve all said that memorable phrase, “E.T. phone home.”

Fans would be surprised to know that E.T. didn’t impress everyone in the early stages, and Columbia PIctures actually was so uninterested in it that they basically gave it away to Universal. Spielberg also envisioned a completely different type of film in E.T.‘s early stages…

‘E.T.’ was supposed to be a lot darker

The blockbuster family favorite, E.T., started out as a much different film. Steven Spielberg had been approached by Columbia Pictures to create a sequel to the iconic Close Encounters of the Third Kind. The director wasn’t thrilled about making a sequel, but he also didn’t want it to be mucked up by someone else. So he began working on what was then referred to as Night Skies.

Although the original premise for Night Skies was significantly darker, Cinema Blend pointed out that there was one similarity. Night Skies was about a family living in rural Kentucky. The family had violent encounters with visiting aliens–one of those aliens, however, wasn’t violent like the rest. That one ended up becoming friends with one of the children, very much like E.T.

The more Spielberg worked on the story, the more he realized he needed a change of direction. He’d had enough of action and thrills, and was looking to make something a little more heartwarming and family-friendly. Columbia was not happy with the change and made a deal with Universal Studios for the rights to the film that became E.T. the Extra-Terrestrial.

Columbia went with ‘Starman’ instead

While Spielberg was working on Night Skies, another alien film was in the works at Columbia. Starman starred Jeff Bridges as an alien who crash lands on Earth and disguises himself as a human. The movie was released in 1984, with John Carpenter in the director’s chair.

In his review of Starman, Roger Ebert commented on Columbia’s choice to let E.T. go, saying, “Some hapless executive had decided “E. T.” was only a children’s picture, while “Starman,” which opened here Friday, was sort of the same story for adults.” He went on to agree that the two films did share similar themes.

Starman was a successful film, with both audiences and critics enjoying it. The film was John Carpenter’s first love story, which was a bit surprising coming from a director who was quickly becoming known for his horror masterpieces. Although it was a love story, it still had plenty of suspense and action during the military’s constant pursuit of the main character. The movie currently has an 85% on the Rotten Tomatoes Tomatometer.

‘E.T’ went on to become one of the most popular films of all time

Starman was a good movie, but it was nowhere near the stellar success that was E.T. The warm and fuzzy feels of E.T. are still enjoyed by families across the globe today. E.T.’s adorable face, giant eyes, and glowing finger are instantly recognizable, even to people who haven’t seen the film.

According to IMDb, E.T. held the title of the “most successful movie in film history,” for 11 years, until Steven Spielberg outdid himself and Jurassic Park stole the title. E.T. won four Academy Awards, and had the longest theatrical run in film history–it was in theaters for over a year. It was the highest-grossing film in 1982, and CNBC says it still ranks as the fourth-highest grossing film of all time.

The Numbers states E.T.’s domestic box office total is over $435 million. The film’s international numbers were incredibly impressive also, raking in $357 million. When Columbia let E.T. go, they made a deal that allowed them to share in a small part of the film’s future earnings, but they really lost out on some huge profits. Letting that film go was probably one of the costliest mistakes the production company has ever made….