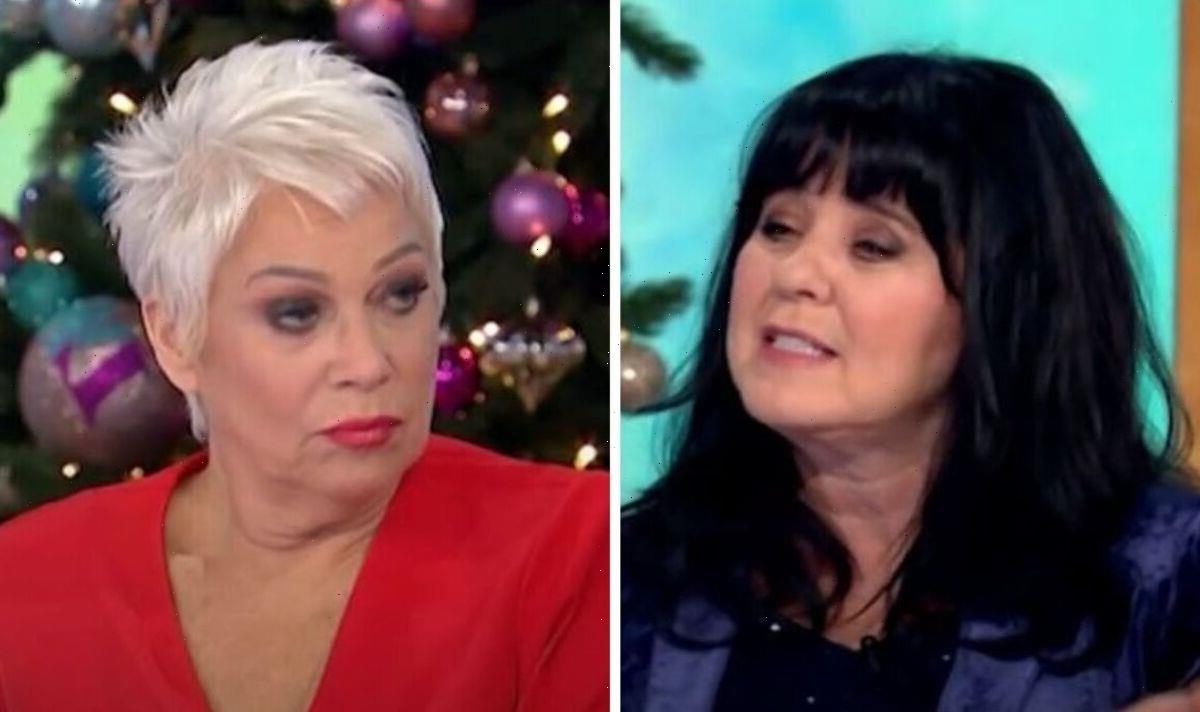 The Loose Women panelists had been talking about new year’s resolutions when they decided to come up with some for each other, which backfired hugely. Coleen suggested during the ITV chat show that Denise, who is famously vocal on Twitter, should give up social media. However, the actress took offense and an argument ensued.

As the last days of 2022 conclude, the group debated new year’s resolutions.

Eventually, they got onto the subject of coming up with them for each other rather than themselves.

“Okay, if I had to pick something for one of you, I’d have to say to you, Denise, that you have got to back off the whole social media thing.”

Denise glared at her colleague with a face like thunder as Coleen continued: “Because you are obsessed with it.

“And I think -” but before she could complete her argument, Denise cut in to say: “Hang on a minute!”

She added: “The Instagram thing is completely different, that’s a really positive thing.”

“The Twitter one, though,” Coleen clarified, to which Denise asked: “Yeah, but why? It’s because I’m passionate about certain things.”

“No but you’re stressed, it makes you so stressed!” Coleen replied.

“No, it does,” Coleen disagreed. Things got further heated when Denise snapped: “Don’t follow me then!”

She added: “That’s what I say to Dorris with three followers, ‘Don’t like it, Dorris, don’t follow me!’

“You say it doesn’t bother you but it does,” Coleen persisted.

“Yeah I know Coleen, but if people didn’t do anything, nothing gets done and changes aren’t made.

“So people have to speak their truth and speak what they think.”

“Yeah, but you also have to listen to other people’s truths but you get into an argument,” Coleen stated.

“I do listen to other people’s truths on Twitter,” Denise continued, clearly frustrated. “I just don’t agree with it.”

“Alright, don’t do it then, I’m not bothered!” Yelled Coleen before adding: “God!”

The women looked away from each other as the conversation was swiftly moved on by the other presenters.

Viewers who caught the awkward exchange soon took to social media to discuss the row.

Twitter user @FlopsyPickle wrote: “Ha Coleen and Denise getting p***ed off at each other, give me more #LooseWomen.”

@lliss19 added: “Denise does get stressed on Twitter, can’t be good for her mental health #LooseWomen.”

@daisycatcher penned: “Awks!!! Denise’s face! If she enjoys using social media and can use it for a platform for any good causes, what’s the problem! #LooseWomen.” (sic)

@ziggy3111 posted: “LOL Denise is a little wild on here though #LooseWomen.”