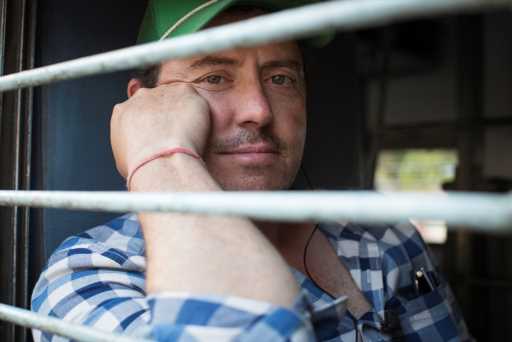 “The Batman,” planned for a 2021 release by Warner Bros., will be Fraser’s second Reeves movie, a studio spokeswoman confirmed. He was DP on the acclaimed 2010 “Let Me In,” a remake of the Swedish vampire hit “Let the Right One In.”

Fraser earned an Oscar nomination for “Lion,” one of six nods for the 2016 drama.

The Australian has also been lauded by critics for his work on Jane Campion’s 2009 John Keats biopic “Bright Star,” the 2012 crime film “Killing Them Softly,” “Zero Dark Thirty,” and “Rogue One.” He recently photographed “Vice” and is the DP on the Denis Villeneuve-helmed “Dune” remake.

Affleck, who played Bruce Wayne in “Batman v. Superman: Dawn of Justice,” “Suicide Squad,” and “Justice League,” was set to star in and direct the upcoming film. Reeves took over in 2017 — Affleck told Jimmy Kimmel he felt he “couldn’t crack it” even while working with screenwriter Geoff Johns of DC Comics and decided to pass the baton.

Now Robert Pattinson is set to star as the Caped Crusader.

The character in Reeves’ film is reportedly a departure from the Affleck- and Christian Bale-era Bruce Waynes. “The Batman” is said to follow the thirty-something superhero in his prime as he struggles to fulfill the promise and ideals of the Dark Night. Batman’s age in the Reeves script is reportedly one of the reasons why Warner Bros. let the 46-year-old Affleck retire.

Fraser has been praised by directors for his flexibility in bending to the story or their unique process. He’s become known for striking imagery that pulls from locations and settings without an added layer of artifice, IndieWire wrote in a 2016 interview with the cinematographer. He described his allegiance to light as “the most important thing” in his craft.

Reeves told the Los Angeles Times that Fraser’s approach was what led him to approach the cinematographer about shooting “Let Me In.” Fraser said the director responded to his work on “Bright Star.”

“He’s asking a guy who did a period movie to do a modern day vampire film,” Fraser told The Film Experience. “To me that was inspired because he’d gone against the grain but had seen elements he wanted. He wanted the intimacy of ‘Bright Star’ for his film. I was ‘Of course!’”