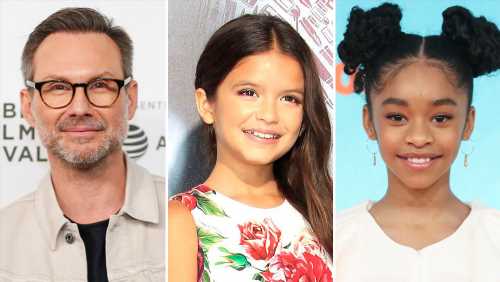 EXCLUSIVE: Robert Rodriguez’s upcoming superhero pic We Can Be Heroes has justed added a flood of talent to their robust ensemble. Christian Slater (Mr. Robot, The Wife), YaYa Gosselin (FBI Most Wanted, The Purge) and Akira Akbar (Captain Marvel, This Is Us) are set for the movie which is currently shooting in Texas.

The pic follows the children of Earth’s superheroes after their parents have been kidnapped by alien invaders. The children must team up and learn to work together if they want to save their parents and the world.

Rodriguez, a genre-centric filmmaker, isn’t a stranger to action pics starring kids. He previously directed, wrote, and produced the Spy Kids franchise as well as the superhero pic The Adventures of Sharkboy and Lavagirl. He also recently directed Alita: Battle Angel as well as Sin City and the follow-up Sin City: A Dame to Kill For.