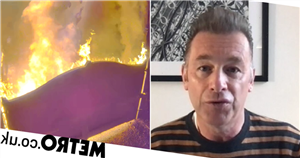 Chris Packham shared a chilling photo of the horrific firebomb attack outside his home in October on Wednesday’s Crimewatch, admitting threats to his safety has been upscaling’.

The conservationist revealed that a car was torched outside his property in the New Forest in the middle of the night, causing a loud explosion and destroying his gates.

A picture of the blaze showed a towering inferno of flames surrounding his gates just metres from his house.

‘Myself and the dogs went to bed, rather early for us just before midnight and then shortly after 12.30am there was an enormous explosion,’ Chris recalled of the ordeal.

‘That was the first I knew of the incident. The car had clearly exploded. The bang was tremendous, the dogs flew off of the bed and started yelping and barking straight away.’

He continued: ‘Where I live, we’re not prone to any loud interruptive noises at night so it was quite startling. And then, of course, it came to pass that this vehicle had been parked outside the gate and was ablaze.’

The fire service and police were called to the scene of the crime, but they weren’t able to fully access the extent of the damage until the morning. 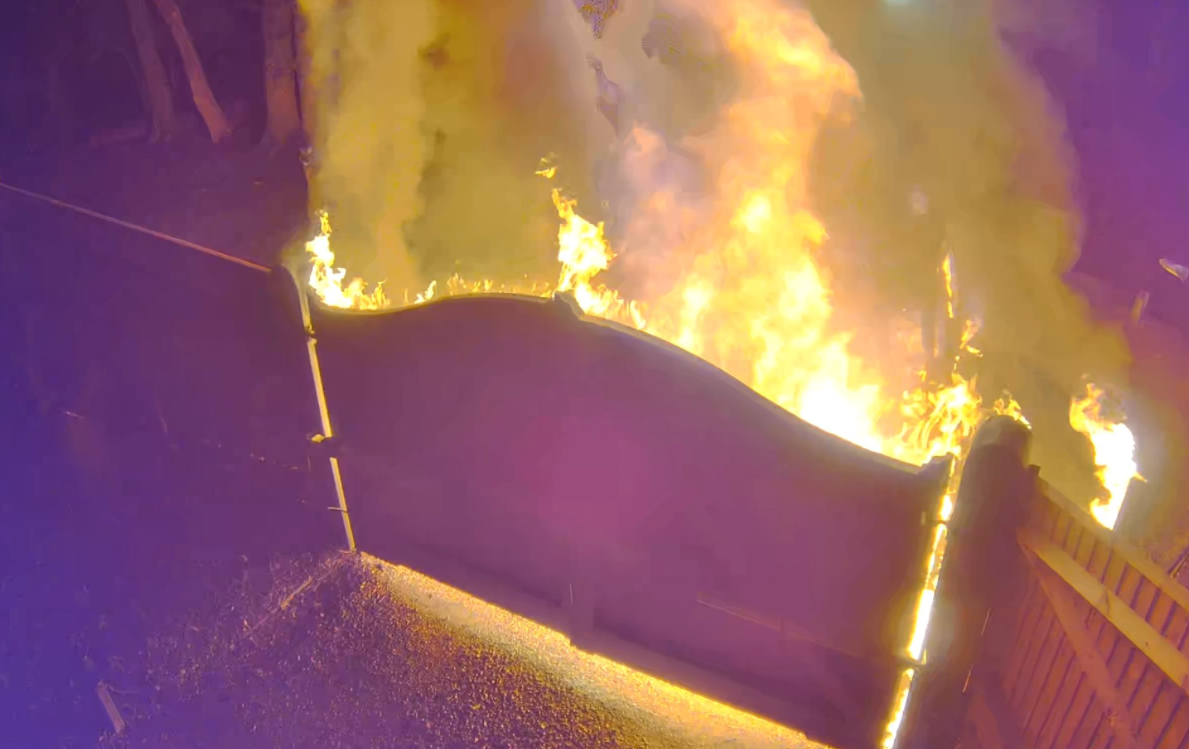 Chris said the car was completely burned out and got so hot the engine block had melted. A tree next to the gate was also damaged.

It’s not the first time Chris has been subjected to threatening behaviour and explained to the programme that he has received death threats in the post, as well as human excrement and animal excrement, and other ‘offensive items’.

‘It’s a direct attack if you like rather than dead animals being left outside, which I’m afraid has become quite commonplace,’ he continued.

‘It’s an upscaling and my partner, who is relatively resolute was certainly perturbed.

‘My step-daughter, who has grown up in a theatre where I have been campaigning and even more used to the threats, is concerned about my welfare more than anything else.’

The case is still being investigated by the police and detectives for Hampshire Police are seeking to identify two vehicles and a man.