The day of the long-awaited Stellaride wedding has finally arrived on NBC’s Chicago Fire and not even Matt Casey (Jesse Spencer) was willing to miss it. Casey, after all, committed to standing beside his best friend Kelly Severide (Taylor Kinney) on his big day. 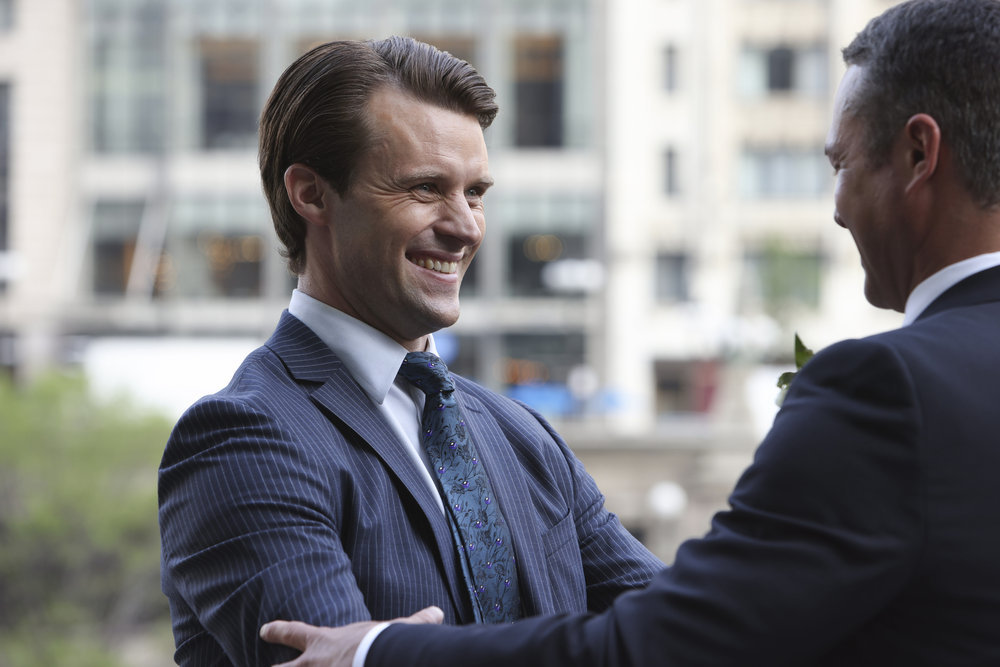 As series executive producer Derek Haas teased in the lead-up to the Season 10 finale, the bride and groom faced a complicated emergency just hours before their nuptials.

With a fiery inferno about to enter an apartment where a pregnant woman was seriously injured and in labor, 51 was all hands on deck—minus a cowardly Emma Jacobs (Caitlin Carver) who abandoned her partner and ended up getting fired over it. It’s pretty hilarious how Emma thought she would steal Violet’s (Hanako Greensmith) job yet she literally couldn’t stand the heat and all that.

The arrival of the new baby made for the perfect segue for the wedding, one would think. But when the bride Stella Kidd (Miranda Rae Mayo) and her groom arrive ready to celebrate, there was a scheduling issue that leaves them venue-less. 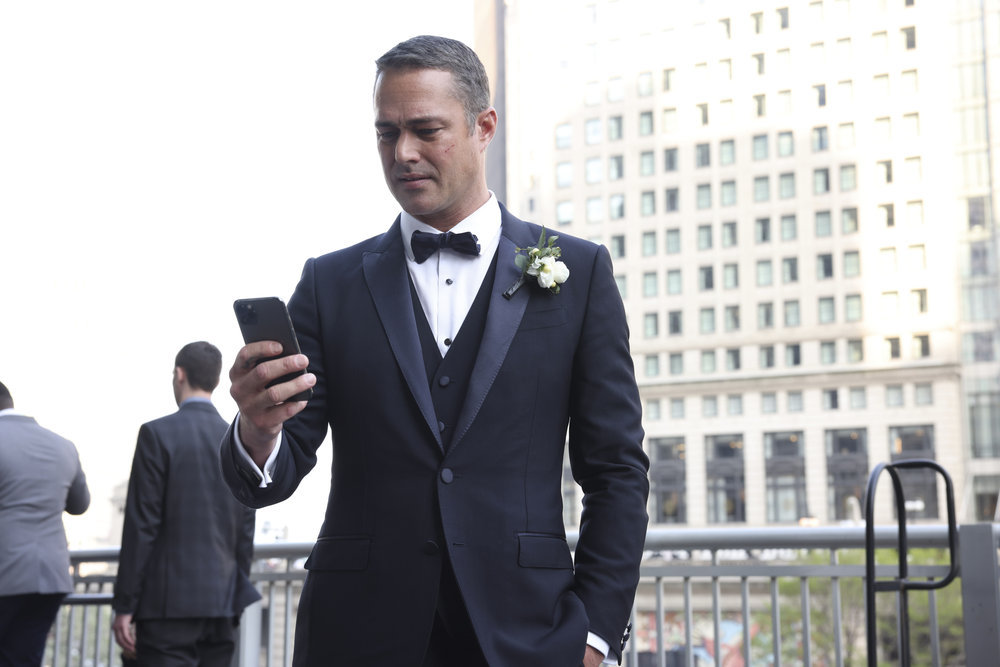 Shout out to the episode’s writers Andrea Newman and Michael Gilvary who really seem to want to torture viewers!

Briefly, the idea of postponing crossed their minds but the best man came through in a pinch. Casey secures a tour boat with the ship’s captain ready to officiate.

As John Legend’s “All of Me” played in the background, Boden (Eamonn Walker) walked Stella down the aisle.

The couple shared their own vows:

“Kelly, the simple truth is that you’re magic to me. When I’m at my lowest, you lift me up and you never leave my side. You are the goodest. Yes, we’re taking a huge, crazy leap into the unknown but we’re doing it together. And when I need to hear it, you’ll tell me, ‘You got this, Stella Kidd.’ And I’ll know everything will be okay because it always is when I’m with you. I love you with everything I got, Kelly Severide, and I can’t wait to spend the rest of my life with you.”

“Stella, I decided a long time ago that if I was going to be with you, I needed to be worthy of you—which seemed impossible. How do I become worthy of someone brave enough to show who they are inside and out? What makes me this better person I keep hearing about is you keeping me from locking things up. Instead, you made sure you really knew me. And by some miracle, you still love me. Stella, I might never be worthy of you but I promise to spend the rest of my life trying. I love you.”

But that wasn’t the end of the episode, not at all. There’s still the matter of Matt and Sylvie Brett’s (Kara Killmer) relationship. The pair decided to spend the rest of the night together before going their separate ways. Sorry Brettsey fans 🙁

The news should come as no surprise as there are no immediate plans for Spencer to return for more episodes of Chicago Fire while Killmer continues as a series regular.

How The Upfronts Became Covid Superspreader Event: Felt Like “Risk Of Doing Business”