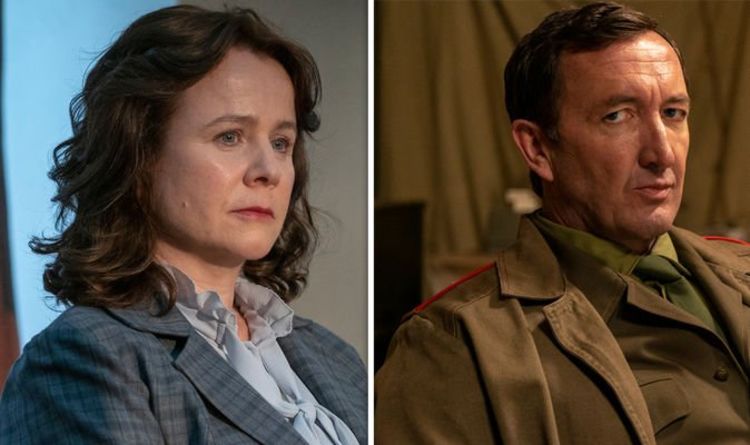 Chernobyl episode five aired this week on HBO and Sky Atlantic. The miniseries starring Jarred Harris, Emily Watson and Stellan Skarsgård has been highly praised by critics for its grittiness and historical accuracy and is currently the highest rated TV show on IMDb. Speaking to press in London, including Express.co.uk, creator Craig Mazin and director Johan Renck shed light on how important historical accuracy was to them.

How historically accurate is Chernobyl?

Chernobyl on HBO and Sky Atlantic is extremely historically accurate.

Almost every event that happens in the miniseries actually happened in real life.

This includes the gruesome effects of radiation poisoning, the boron and sand being dropped onto the reactor, the actions of the liquidators and the response of the Soviet Government.

Although some events have been altered for dramatic purpose, the key details are correct.

WHEN DID CHERNOBYL EXPLODE? 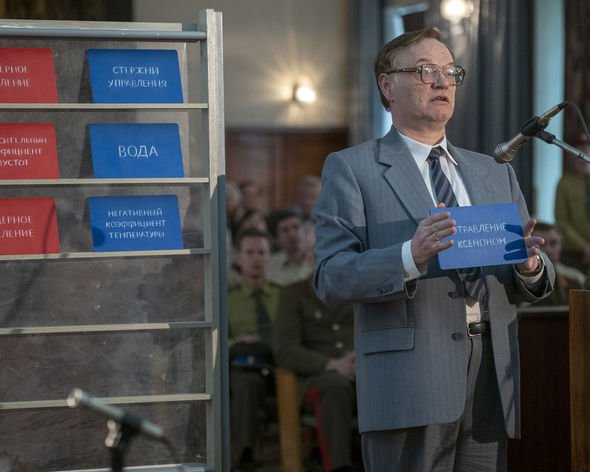 A lot of Craig Mazin’s source material and characters comes from the book Voices of Chernobyl by Svetlana Alexievich.

Appearing in the first episode of The Chernobyl Podcast, Mazin spoke about how much research went into the series, which he began working on over two years ago.

Mazin is aware of how unbelievable the events of Chernobyl are and that is why he chose to tell the series as accurately as possible.

Mazin and director Johan Renck took historical accuracy very seriously, even down to the setting, costumes and makeup.

Chernobyl was even filmed in Chernobyl’s sister power plant, Ignalina in Lithuania.

He added: “You have to wait until episode three to see it [the makeup], it is extraordinary.

Mazin explained: “They [the crew] shared my obsession and Johan’s obsession with historical accuracy.

“Odile [series costume designer] went and gathered up actual period clothing over Eastern Europe. She would clothe thousands of people, it was mind-blowing and Daniel [makeup and prosthetics desinger] had to become almost a physician because it wasn’t enough to say ‘someone is experiencing the effects of radiation’ there are levels to it and he came up with these stages and then substages.

“The spreadsheet to track it alone before his artistry was then put into place and then, of course, Luke [serious production designer] is transforming these places into SOivet period 1980s.”

HOW DID THE SOVIET GOVERNMENT RESPOND TO CHERNOBYL? 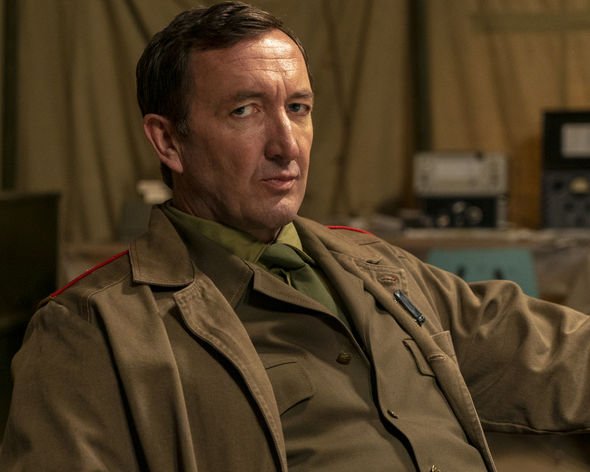 Emily Watson’s character Ulana Khomyuk is the only main character in Chernobyl who is fictional.

She was created to represent all of the scientists and many other people who worked tirelessly at the time to challenge the Soviet government’s narrative of events and help save Europe from disaster.

Watson said: “Craig [Mazin] describes her as a character who has been created in tribute to many of the scientists who were involved in the search for the truth and the aftermath.”

Jared Harris plays the real Valery Legasov, the Soviet inorganic chemist who was appointed as the chief of the commission investigating the Chernobyl disaster.

Stellan Skarsgård stars as the real Boris Shcherbina in Chernobyl.

Shcherbina was the Deputy Chairman of the Council of Ministers who led the government commission into Chernobyl in the hours following the accident.

Show creator Craig Mazin said: “He [Scherbina] was a notorious yeller. A big screamer was Boris Scherbina and that was his reputation. You would send him in to scream thing into action and Stellan did an incredible job of starting this character off in this way when you are so intimidated by him and he seems so in charge then to watch what happens to him when he becomes confronted with reality is just a remarkable performance.”

Paul Ritter plays Anatoly Dyatlov, the real deputy chief engineer at the Chernobyl Nuclear power plant who was in charge at the time of the disaster.

Ignatenko was one of the first firefighters to respond to the explosion and died shortly afterwards as a result of acute radiation syndrome.

Jessie Buckley plays Lyudmila Ignatenko, Vasily’s wife who really did go to the hospital in Moscow to visit her dying husband.

WHY DID THEY USE BORON AND SAND AT CHERNOBYL? 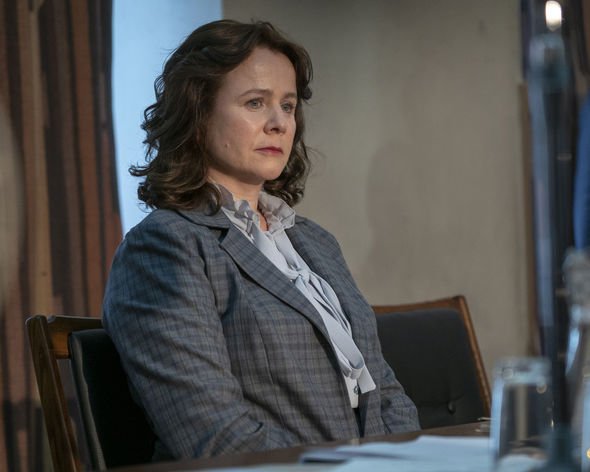 The only thing in Chernobyl that is not accurate is the accents of the characters.

Mazin explained it was a deliberate decision not to have the actors speaking in Russian accents.

He said: “We didn’t want to mess around with any of that either really and just to speak in a way that felt natural to you because, in the end, the language should disappear.

“It is why we will occasionally use Russian in the show and hope in a way it just disappears. There is no translation for the poem at the beginning of episode two, but you kind of get a sense of it in the strangest way.

“There is no translation for what the woman is saying during the evacuation but you kind of a have a sense it. And that is what we are trying to do, to create as little friction as possible between our audience and the material.”

Chernobyl airs Mondays on HBO and Tuesdays on Sky Atlantic.