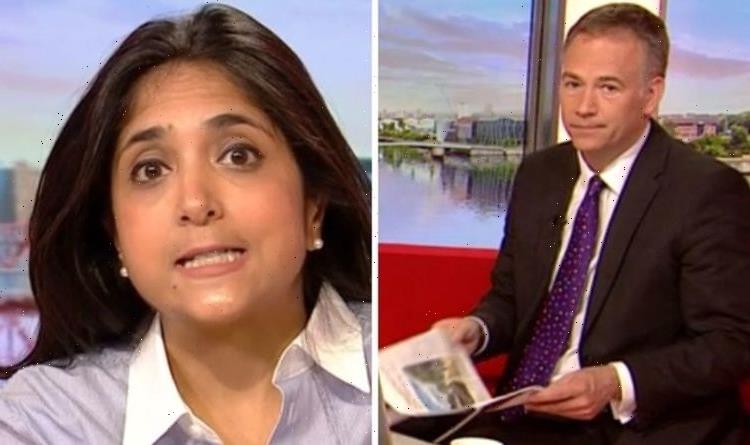 The hosts for BBC Breakfast can change at the weekends, but usually, viewers will see the familiar faces of Naga Munchetty, Charlie Stayt, Jon Kay and Rachel Burden, who regularly present the programme on Saturday and Sunday. However, on Sunday, none of the regular team were seen on screen as two other reporters, Roger Johnson and Sima Kotecha took on hosting duties instead.

Ahead of the programme airing on Sunday, Sima took to Twitter to let her 23,000 followers know she would be back on BBC Breakfast.

Along with some pictures of Sima and Roger sitting on the famous red sofa, Sima penned: “Always blown away by @BBCBreakfast ’s studio.

“Talented staff managing light, sound, and cameras. Massive credit to those you don’t see on your tele.” (sic)

Sima’s followers were quick to reply, with many of them saying they were happy to see her back on BBC Breakfast. 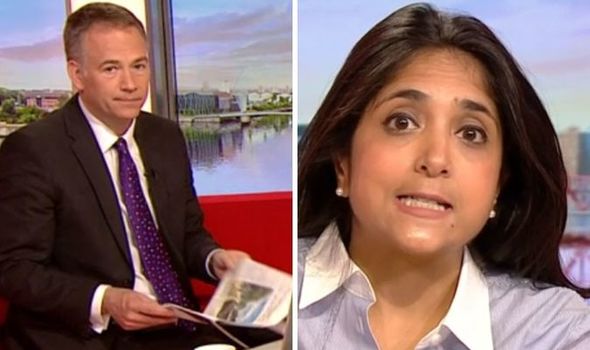 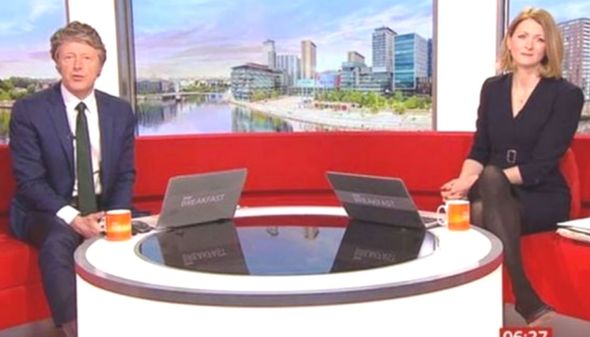 One tweeted: “Great waking up to you Sima,”

Another penned: “What a gorgeous surprise to see you back on the famous red sofa this morning.”

“Yay your back on the Breakfast sofa,” a third wrote.

A fourth said: “Well said and it is always talented staff who deliver the best value staff and respect staff great work BBC.” 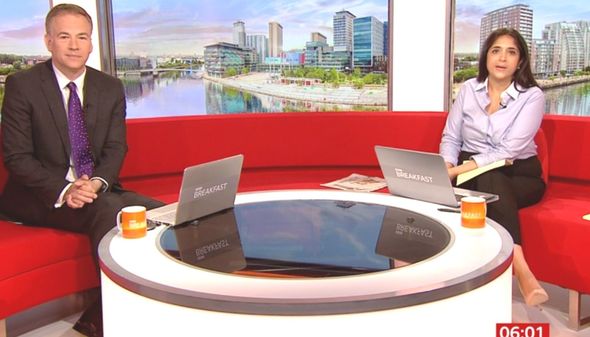 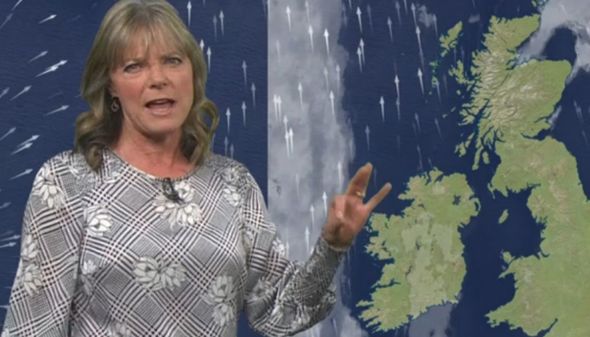 Sima began her career at BBC Radio Berkshire in 2003 before taking on an internship at the BBC’s New York bureau.

She went on to work for Talking Movies and BBC Radio 1’s Newsbeat as their New York reporter from 2005 until 2010.

The host, who is interested in defence and social affairs, became the Midlands Correspondent for BBC News in 2017. She also presents the BBC News bulletin at 8pm.

Sima also appears to present BBC Breakfast on a Sunday if Charlie and Rachel are absent. She, alongside Roger, took the reins on the last Bank Holiday weekend.

Roger, who is a regular stand-in on BBC Breakfast, works as the main presenter for BBC North West Tonight.

He is also a familiar face on other National BBC News platforms.

Speaking about what was coming up in the programme, Roger continued: “Good morning, our headlines today.”

He continued: “Chelsea are the Champions League winners after beating Manchester City in an all English final in Portugal.”

Rachel and Charlie weren’t the only presenters absent from Sunday’s instalment.

Weather presenter Carol Kirkwood was also missing from the programme. Her stand-in Owain Wyn Evans was also absent. Instead, Louise Lear stepped in to give viewers the latest weather forecast.