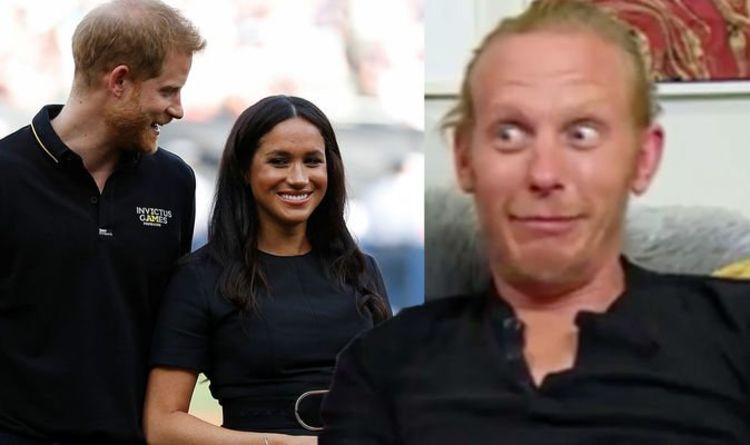 Laurence, 41, was joined by his cousin and Silent Witness star Emilia Fox, 44, and the pair voiced differing opinions on the christening of Archie Mountbatten-Windsor, which made headlines at the weekend.

Archie’s parents Meghan Markle, Duchess of Sussex, 37, and Price Harry, 34, made the decision for the christening to be held in private, with the Royal pair posting pictures of the happy occasion on social media.

One segment of tonight’s instalment of Celebrity Gogglebox saw a news report in light of the christening with the famous faces on the Channel 4 show discussing the talked about moment of the week.

The Victoria actor was very vocal on his views on the occasion, as well as commenting on the marriage of Meghan and Harry, more than one year on from their wedding day.

All going to go wrong

As other famous faces watched on in awe at the photos of the young tot, Emilia repeated their sentiments: “Oh look, sweet babba.”

Laurence also acknowledged the serenity of the picture perfect trio, but added: “It’s all going to go wrong between Meghan and Harry,” through gritted teeth.

“No it’s not,” Emilia claimed, rebuking her cousin by telling him: “Don’t say that. No it’s not.”

The actor then made a quip at Meghan’s expense, speaking as if her were the Duchess in an American accent.

“Do what I say Harry,” Laurence said, with Emilia disagreeing, adding: “No it’s not,” to which the actor repeated himself with his cousin sat shaking her head.

Taking to Twitter, viewers of the show were full of admiration for the actor, with one posting: “#LawrenceFox telling it as it is…. #Gogglebox.” 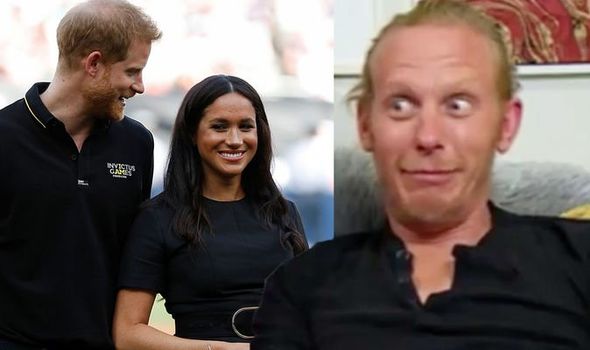 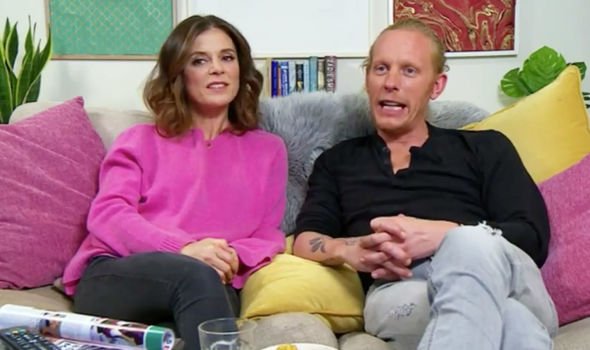 Whilst a third wrote: “@LozzaFox is spot on with his obs on the baby parents #CelebrityGogglebox.”

A fourth commented: “@LozzaFox is the most amazing part of celebrity #Gogglebox.”

Roman was blown away by one highlight rom tonight’s show from a recent documentary recounting the events of the moon landing in 1969. 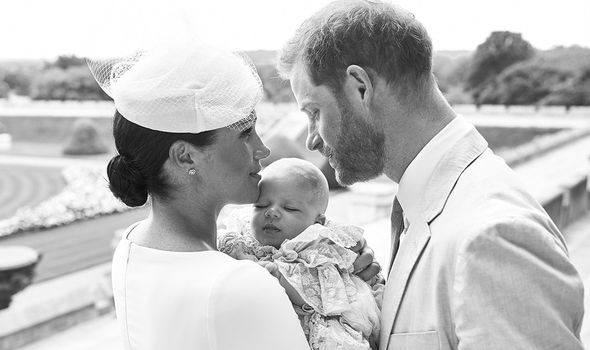 Ahead of his appearance on the show, Roman spoke to Express.co.uk on whether he would follow in the footsteps of co-star Vick Hope, 29, and make an appearance on Strictly Come Dancing.

“Strictly is a tough one… Vick is a better person that me in terms of her ability to stay awake.

“Strictly is such a hardworking show. You’ve got to put in the hours and stuff and I feel like I’m really competitive, but my health would be in danger.”

Roman continued: “I think when you do a morning radio show and then you go into training for that all day you know… Vick is superhuman with stuff like that.

“I don’t think Strictly would be for me to be honest. It’s not the right kind of vibe for me.”