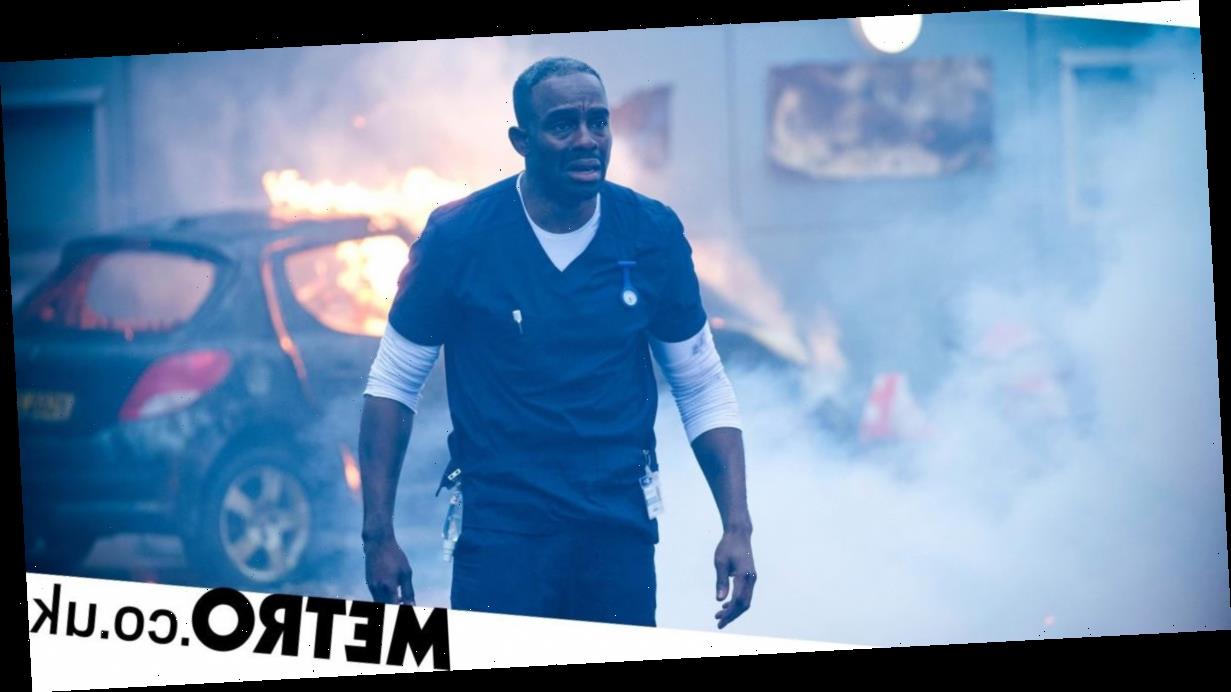 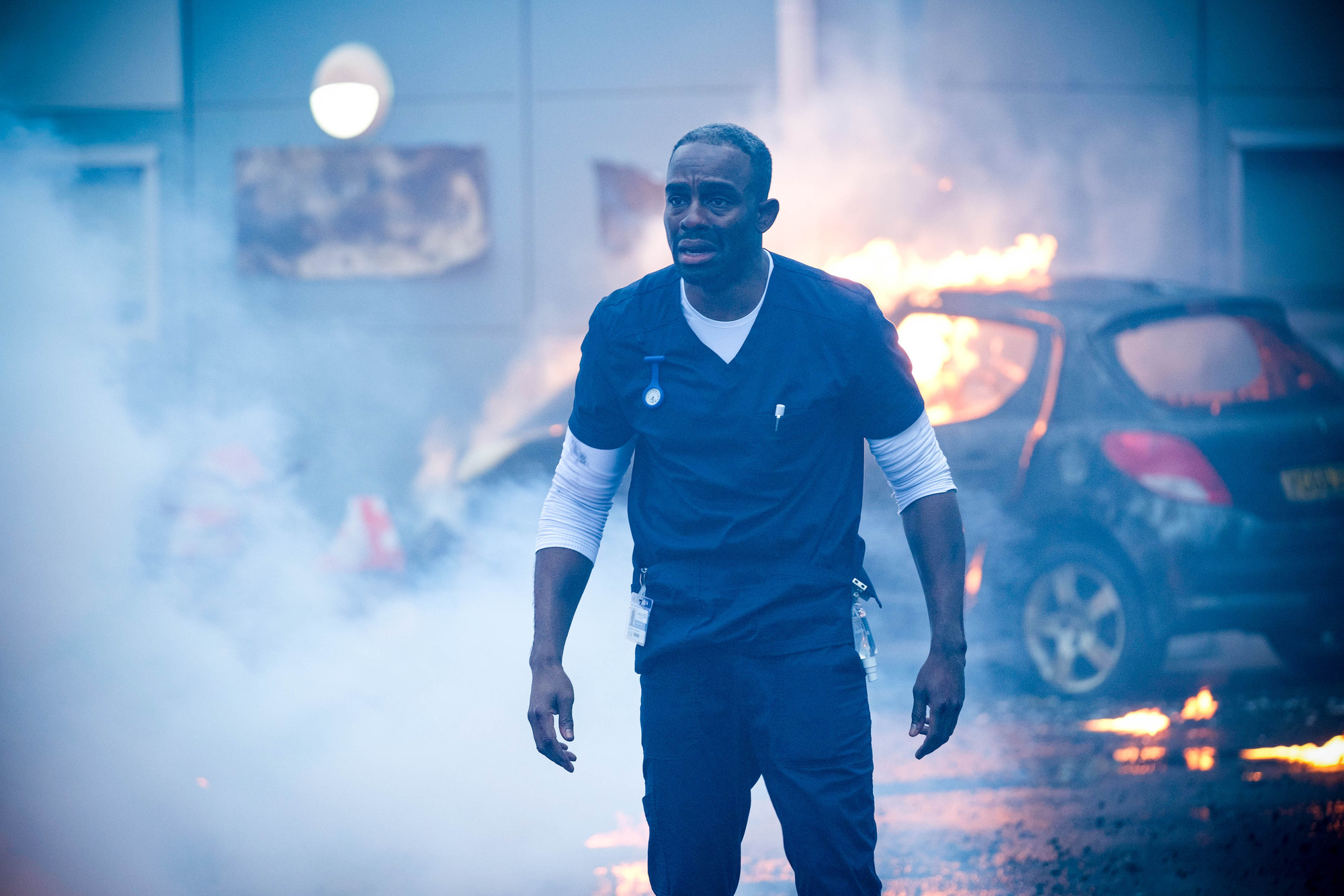 Casualty fans are going to be left with no more nails to bite at this rate. After last week’s ambulance accident, this week we had the terrifying scenario of a man walking to the ED with a lot of explosives strapped to him and a detonator in his hand.

Roy (Alan Williams) was a man on a mission, and his mission was to get revenge on – or at least recognition from – nurse Jacob Masters (Charles Venn), whom he blamed for his wife’s death on a previous occasion.

Despite his mild-mannered appearance, Roy was actually the most frightening type of suicide bomber, in that he had absolutely nothing to lose. With his wife gone, he couldn’t contemplate a future on his own: ‘The world is not built for singular units and I’m only used to being part of a pair,’ he told Jacob.

As the ED was evacuated and armed police surrounded the building, Jacob attempted to talk Roy around, but it was only when he finally remembered detail’s about Roy’s wife – her name, what she’d been wearing, what they’d talked about – that Roy relented.

Realising that he was about to be shot by a sniper, Roy detonated the bomb – but not before he’d told Jacob to run for his life.

All of this focused Connie (Amanda Mealing)’s mind wonderfully on the fact that she really does like Jacob. She begged the police to give him more time to talk to Roy, knowing that if they didn’t it was quite likely that Jacob would die either by the bomb or by police bullets.

But Connie is her own worst enemy, as afterwards she missed the chance to tell Jacob how she feels and was rewarded by seeing him go off to the pub with Tina (Adele James), the nurse we saw last August, the sister of Jacob’s friend and patient Nate. Has Connie missed her chance of happiness with Jacob?

Marty (Shaheen Jafargholi), meanwhile, was distracted early on in the episode when his dad Graham (Philip Wright) arrived in the ED having cut his finger off with a saw. It seems that the coronavirus crisis has made Graham rethink his former poor opinion of his son’s career, as the heroics of the NHS and clapping for carers had made him realise that Marty is a hero.

Marty wasn’t impressed by his efforts to be friendly, knowing that his dad still hadn’t accepted his sexuality. ‘You don’t get to decide the parts of me you find socially acceptable, it doesn’t work like that,’ he told his father.

But when resus was evacuated because of Roy and the bomb, there was only Marty left to care for a desperately ill patient. In all the panic, Graham realised his son was still in the building and went to find him, and when the patient needed emergency treatment Graham helped to keep Marty calm and focused so he could do what was necessary.

Afterwards Graham told his son he was really proud of him – and genuinely meant it.

And new paramedic Leon (Bobby Lockwood), having yet another day from hell, was still smiling a bit too broadly while assuring Jan (Di Botcher) he was perfectly fine. He’s either a man of steel, or it’s all going to hit him at once.