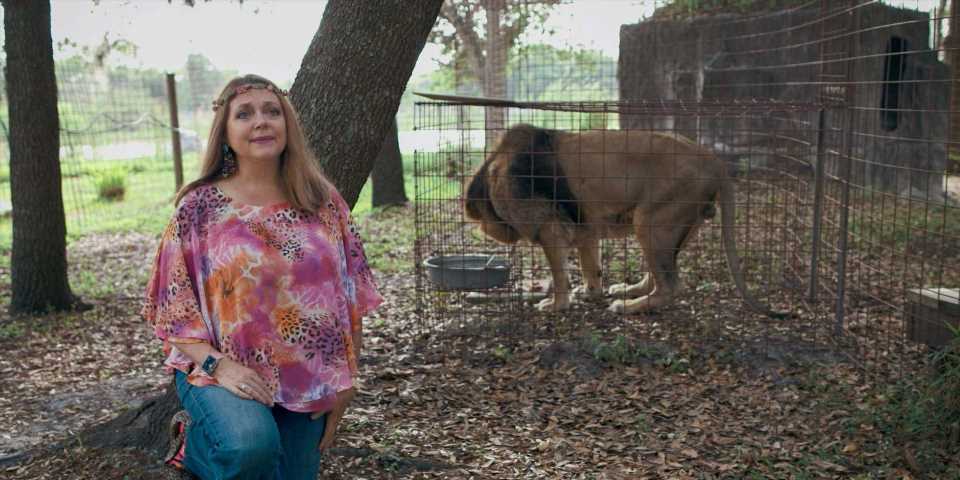 Carole Baskin is reportedly suing Royal Goode Productions and Netflix over the upcoming Tiger King sequel, according to NPR. Footage of Carole is used throughout the trailer, and—judging from documents filed in a federal court on Monday and reported by NPR and People—she and her husband Howard are not thrilled.

Per People, the complaint alleges that Carole and Howard were contacted by Tiger King producers about her participation in the sequel, but “Carole Baskin’s response was clear and unequivocal: ‘No. And lose my number.” The complaint reportedly goes on to note that the trailer “prominently depicts Baskin as a central element of the sequel” using previously recorded footage.

In a statement to People, Howard claims that producers “do not have the right to use any video or audio taken of us during their filming for Tiger King, Murder, Mayhem and Madness,” and says “We believe that [Tiger King 1] showed Goode and Chaiklin to be devoid of ethics, integrity, and any concern for the welfare of big cats. We made it very clear to Goode and Chaiklin that we had no desire or intent to be involved in [Tiger King 2].”

The statement also notes that “While we cannot stop Netflix and Royal Goode Productions from producing low-brow, salacious and sensational programing, we do believe that we have the right to control footage filmed of us under false pretenses. We like to believe that most Americans will agree that we should be entitled to protect our reputations in this manner and hold entertainment giants to their word.”

TBD on how this plays out, but we’ll keep you updated.