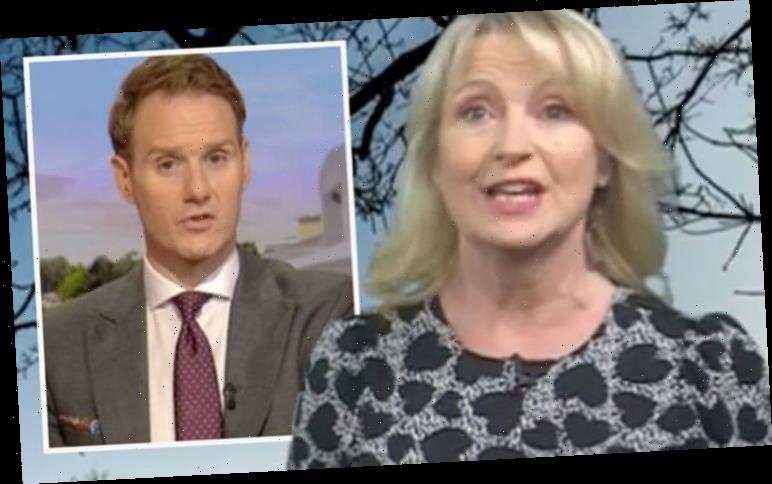 Carol Kirkwood, 58, was on hand to present the weather forecast and she spoke with the BBC Breakfast hosts throughout the morning. Sat on the sofa on Wednesday was Dan Walker, 44, and Sally Nugent, 49, and it wasn’t long before the BBC pair were discussing their own lives amongst the headlines. The conversation quickly turned to their driving abilities and it turns out Dan’s experience of learning to get behind the wheel didn’t go too smoothly.

Talking about his first driving test, the host said: “I got five major faults on my first test,” leaving Sally in shock.

Explaining his mistakes, Dan recalled: “About five minutes in, I reversed around a roundabout. It was a horrible moment all around.”

“What were you thinking?” his co-host asked, also going on to ask if he was “nervous” and that’s why he might have gone so wrong.

“No. I was enjoying myself,” the father-of-three remarked, leaving his colleague in stitches of laughter with his story.

“I should have been paying attention, which is basically a life lesson,” he added before Carol had her say on the matter. 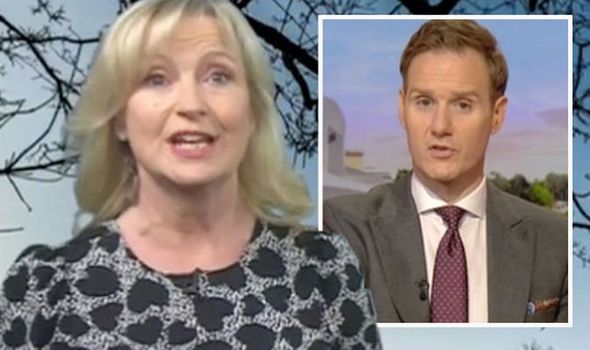 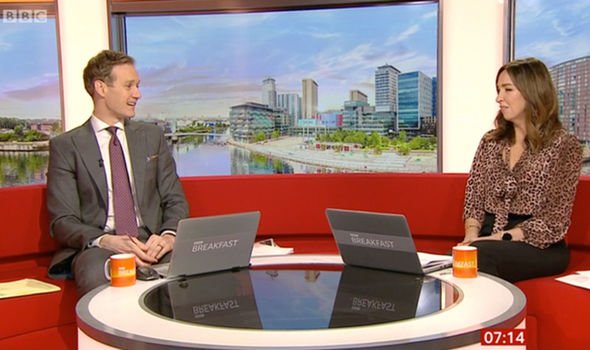 Dan complimented the forecaster on the picture of daffodils behind her but she was more interested in the story he had just told.

Voicing concern for her co-star and herself, the weather presenter remarked: “Can you let us know when you’re next going out on the road, please?”

“I’m a very safe driver I’ll have you know, Kirkwood,” the father-of-three hit back as his colleagues continued to mock him over his mistake.

Carol returned to presenting the forecast, informing viewers it’s going to be a mixed bag of weather over the next few days. 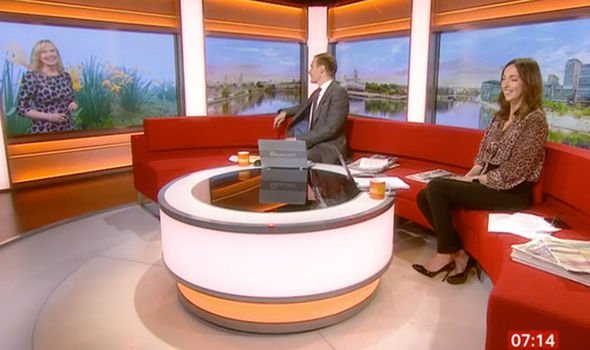 Carol and Dan converse with each other on their social media platforms as well as when they’re on-air together.

Earlier this month, the weather presenter took to Twitter and informed her followers that temperatures were going to be on the rise.

However, her colleague replied as he wasn’t feeling the benefits of the warmer climate after a harsh winter.

Dan wrote: “Can you turn the heater on @carolkirkwood, please? It’s a bit chilly out there this morning.”

The forecaster is usually seen out and about as she presents the weather from numerous locations around the UK, whether it’s cold or not.

Speaking about why she enjoys her job, the meteorologist said: “I was asked to do BBC Breakfast News and I love it, as I get to go out on location, meet so many people and show off our beautiful country.

“I visit places I never knew existed – like Ironbridge, one of the cradles of the Industrial Revolution. I go wherever I am sent – and it’s usually at short notice too!

“When on location, you look down the barrel of the camera and that’s it. Somebody in your ear says that you have two and a half minutes – go!”

“It is challenging, but I have been doing it for so long now that it has become second nature,” Carol continued.

“I shall never forget the first time though: you just hope that you won’t forget anything,” she explained to The Windsor Magazine.

Taking to social media, viewers continue to share their admiration for the forecaster with one writing on Twitter: “#BBCBreakfast Carol the weather lady. At last, a person doing the job they are qualified to do.”

Another avid viewer of the show posted: “#BBCBreakfast My goodness me, Carol looking magnificent in that dress!”