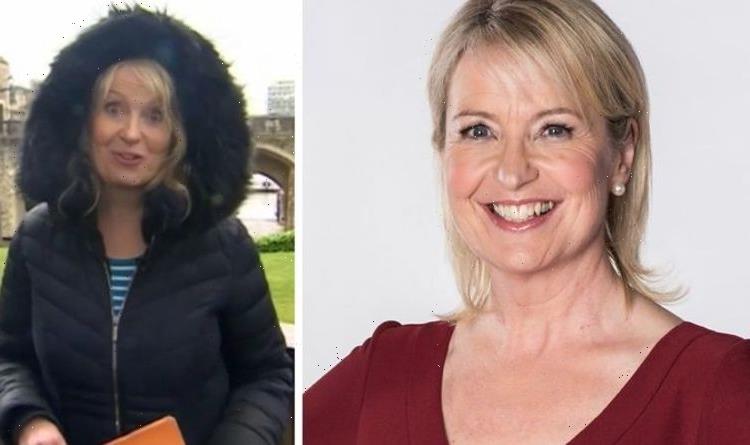 Carol Kirkwood, 58, has been the main BBC Breakfast weather presenter for over two decades and she has become a fan favourite. As part of her role, the forecaster travels the country to give her report against the backdrop of some spectacular conditions. However, on Wednesday, the BBC star was left feeling deflated as being the meteorologist on hand meant she was put outside in the rain as her co-stars Dan Walker, 44, and Louise Minchin, 52, were sat in the warm, dry studio. 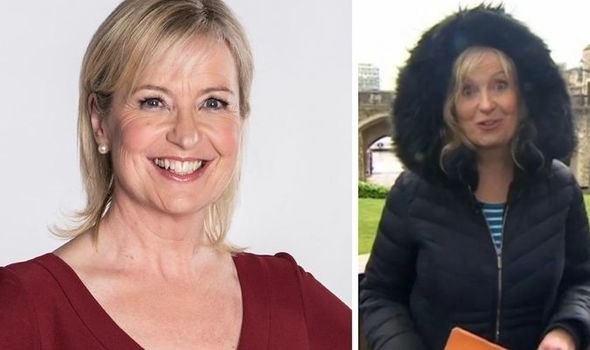 Throughout the morning, the team had been speaking to Carol from the Tower of London and she went from standing bravely in the outdoors without any cover, to holding an umbrella and putting the hood of her coat up.

It was during her last handover to the presenters in Salford that Carol made the comment as they noticed how wet she looked.

With the rain pelting down behind her, Dan said: “Thank you, Carol. It’s been very nice to see you on this wet Wednesday.

“The hood is up and you’ll be wandering around the Tower later on,” he continued as the meteorologist explained how she really felt.

“I feel bedraggled,” she shared as she spoke about her role, with Dan telling her she was looking “as lovely as always”.