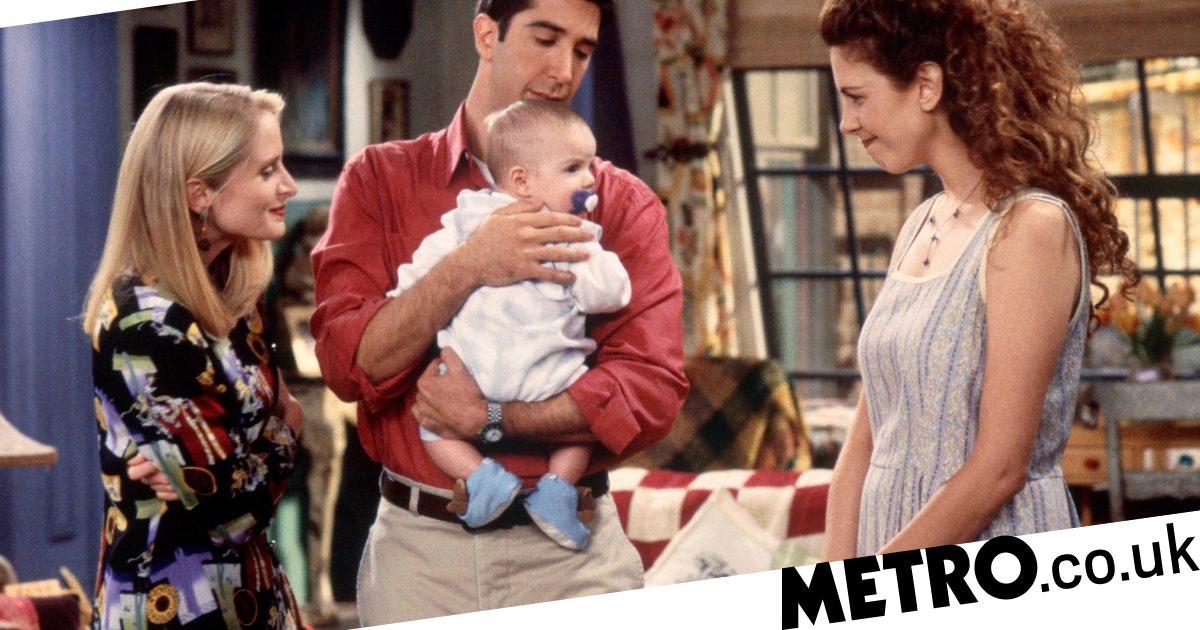 Friends star Jane Sibbett has defended the show’s portrayal of gay couple Carol and Susan – insisting it was meant to poke fun at homophobic behaviour.

The show has come under fire in recent years as the jokes of the show, which first aired in 1994, has aged, with some now being considered homophobic in their nature.

But Jane, who played Ross’s ex-wife Carol on Friends, said that in the case of her relationship with Susan (Jessica Hecht), the butt of the joke was never meant to be the lesbian couple – rather Ross’s reaction to the situation.

Speaking to Today, she said: ‘We were never poking fun at being gay.

‘We were poking fun at a person who didn’t get it, who was uncomfortable with the concept of us being together.’

‘And that was the great beauty; the great truth in that the joke’s on the people that don’t get it,’ she added. ‘That this is all about love.’

The show, which ended 15 years ago, remains one of the strongest and most loved shows on television – with the cast still often asked about what has happened to them since.

As such, Jane admits she’s thought about where her character would be now, too – and she’ll be happy living with her wife after moving over to the UK.

She said: ‘I think, Jess (Hecht) and I decided that Carol and Susan would be over in London, that Ben would be just getting out of college and we’d be stalking him unmercifully to make sure that he was doing the right thing.’

Jane is not the only cast member to defend the show from scrutiny after plot points caused fans and new viewers to label the show problematic in the 21st century.

Matt Le Blanc, who played one of the lead six, Joey Tribbiani, told the BBC in February: ‘I’ve heard those rumours too about people taking pot shots at Friends, but I don’t want to get into that. I disagree with all that.

‘On Friends we steered clear of that kind of thing, too. Friends was about themes that stand the test of time – trust, love, relationships, betrayal, family and things like that.’

Others (including us) have also defended the show’s jokes.

Friends is available to stream on Netflix and airs Comedy Central.