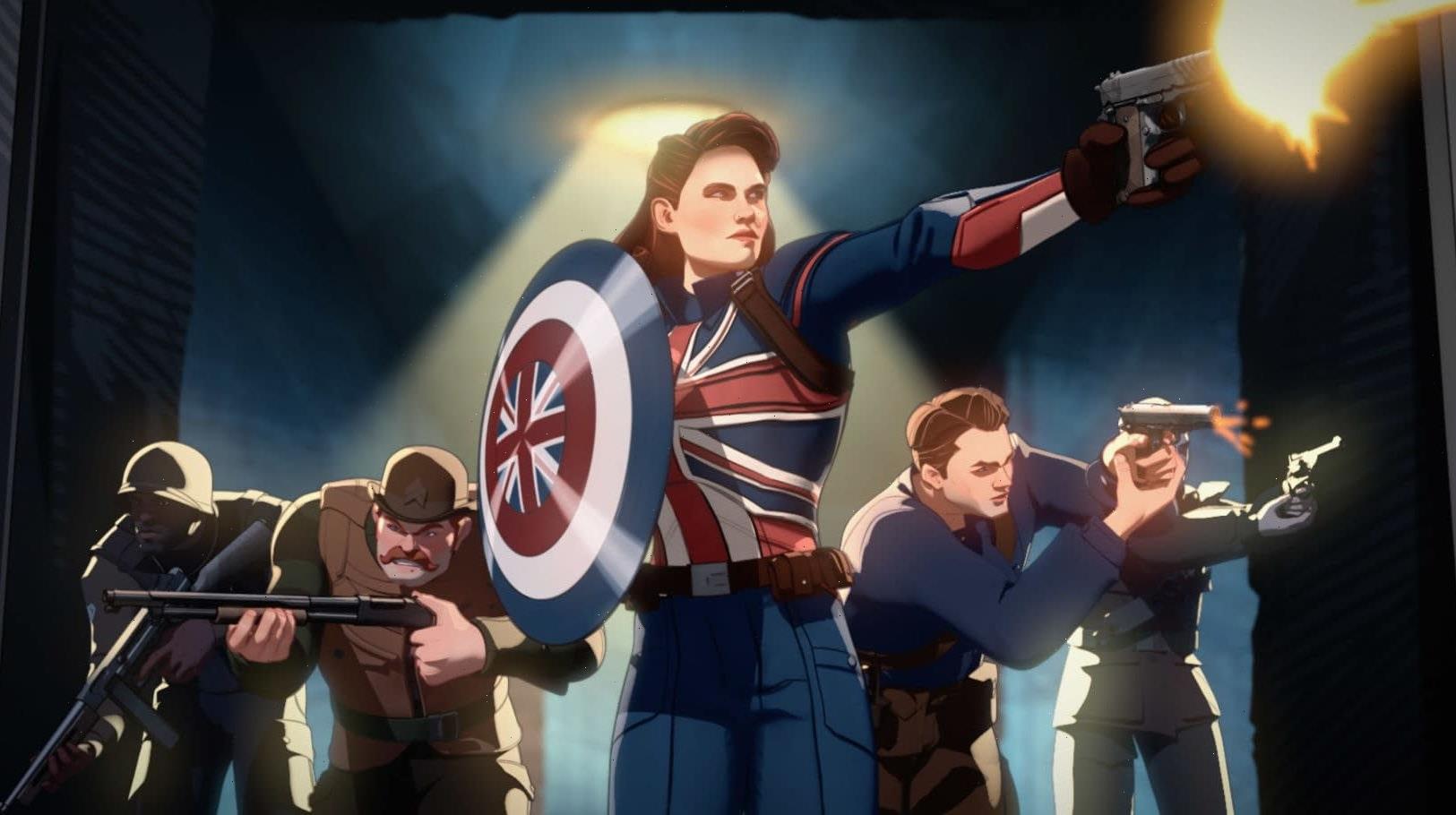 Marvel’s What If…? animated series will soon take us across the multiverse with a remix of familiar stories from the Marvel Cinematic Universe. One of the most prominent characters in the marketing so far has been Captain Carter, a super soldier version of Peggy Carter (voiced by MCU star Hayley Atwell) that puts a new spin on the origin story of Captain America: The First Avenger. There’s actually a good reason for that, because Captain Carter is not only the crux of this first season, but she’ll be integral in future seasons as well.

For those who don’t know, Marvel’s What If…? animated series is inspired by a line of comics under the same title. Each issue would create a new story by imagining if a certain event in Marvel Comics unfolded in a completely different way. What if Uncle Ben wasn’t killed in Spider-Man comics? What if Loki found the hammer of Thor? These are the stories the comics focused on. But the What If…? animated series is focused on remixing the events of the Marvel Cinematic Universe in a dramatic way, and that includes making Peggy Carter a British version of Captain America.

Much like how Steve Rogers became the leader of The Avengers as Captain America, the team behind Marvel’s What If…? has set up Captain Carter to take the lead of this new animated universe. The first episode of the series gives us the origins of Captain Carter in an episode that is inspired by Captain America: The First Avenger. Executive producer Brad Winderbaum explained why she is kicking off this new Marvel venture:

“We realized, I think, early on in development as we were starting to get [writer] AC [Bradley’s] scripts and starting to look at the arc of the series that there was going to be a character that bubbled up and became more important. Not more important than the rest, but had a strong relationship with The Watcher, who is really our driving force behind the series, and that’s Captain Carter.”

The Watcher doesn’t interact with the events and characters of Marvel’s What If…?, at least not in the first three episodes provided to the press ahead of the series premiere. In fact, he makes a point to explain that he never interferes and only observes, which feels like Marvel setting the stage for The Watcher to break that rule at some point. So this relationship isn’t a direct one, but the origin of Captain Carter is where this universe diverges from what we know and sets us on this new path.

Writer A.C. Bradley explained to us why the origin of Captain Carter totally changes the Marvel Cinematic Universe as we know it. Bradley, pinpoints the exact moment where everything in Marvel’s What If…? changes dramatically, and it’s something The Watcher notes in the premiere episode too. Bradley explained:

“Going into that episode, we knew we wanted Agent Carter to become the first Avenger. My job was to figure out how do we do this? And while watching the original first Avenger, there is a moment where Dr. Erskine says, “Would you rather wait in the booth?” And she goes, “No.”

And I was like, that’s it. That’s the moment. She goes, “No, I’d rather stay in the room.” Because that’s such a loaded phrase. Even in the 1940s, especially in 2021, that women belong in the room and we belong in the conversation. Because when a woman is part of it, it changes the world. I love the idea that Kevin [Feige], Victoria [Alonso], Louis [D’Esposito], Brad [Winderbaum], they were like, “Go for it.” They let me make her this really strong feminist character. And also showing that just because a woman gets a super soldier serum in 1940-something doesn’t mean she gets to become Captain Carter. She still has to fight for it. And, damn it, she does.”

Since Captain America was the First Avenger, giving us the first superhero in the MCU chronological timeline (though Eternals might alter that perspective, and Thor was technically already kicking asses in Asgard), it only makes sense that Captain Carter is where everything changes. But even beyond the first season, Captain Carter is going to be the crux of Marvel’s What If…? series.

Captain Carter Will Be Around for Future Seasons

Since Captain Carter is the spark for this new universe, it should come as no surprise that the team behind What If…? has already determined she’ll be integral to each season of the animated series. Executive producer Brad Winderbaum explained:

“We realized as we started developing the second season that Captain Carter was going to be the character who we would revisit in every season and continue that adventure. Obviously, we’re telling a story on a giant multiversal canvas, so you never really know who’s going to pop up where and when. It’s very much an anthology, but there’s always opportunity for fun connections to be made.”

If you paid close attention to the trailer for Marvel’s What If…?, then you know that Captain Carter ends up crossing paths with Doctor Strange at some point, and she’s also seen in what appears to be a group of new Avengers that includes Erik Killmonger as Black Panther, Gamora, T’Challa as Star-Lord, and Thor. But how will she come to be part of this team and why is she so important beyond being the point of entry into this alternate universe? Winderbaum teased us:

“It’s something that evolves over time, but there is definitely like… There’s a reason why you will come to learn that that story, it was the first one the Watcher invited us into, and that does have some importance as the series continues.”

We’ll just have to see how it all unfolds in the coming weeks. Marvel’s What If…? premieres on Disney+ starting next week on August 11, 2021. Check out the first critical reactions to the series right here, and be sure to come back on August 10 for our full review of the first three episodes.