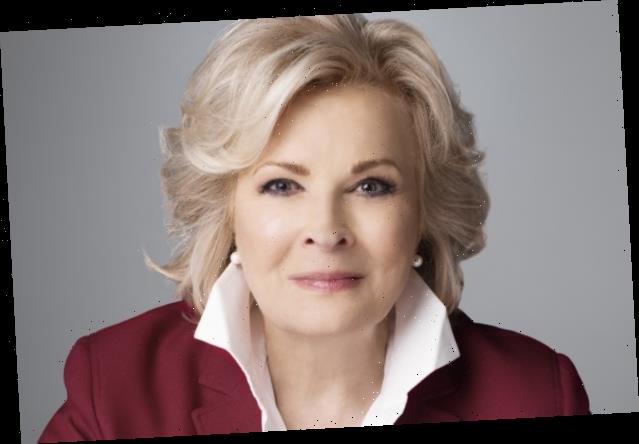 The 5-time Emmy winner guest star on ABC’s “The Conners” in the of role Barb, the mother of Jay R. Ferguson’s Ben. Bergen will first appear on “The Conners” on January 13, 2021 when the series returns with new episodes for its mid-season premiere.

A description for her character reads:

Barb is Ben’s mother, and their relationship can best be described as cool. Despite being from Lanford, Barb has a superior air and a sharp tongue, but she’s much more agreeable when she’s had a few drinks. She’s judgmental about Ben’s relationship with Darlene, and describes the Conner house as, “Like one of those places they break into on that program Cops.”

Watch a promo of her return above.

She is best known for playing television journalist Murphy Brown on CBS for 10 seasons from 1988 to 1998. The show was revived for one season in 2018. She starred that same year in the box office hit “The Book Club” alongside Jane Fonda, Diane Keaton, and Mary Steenburgen.  She is currently starring alongside Meryl Streep and Dianne Wiest in the HBO Max film “Let Them All Talk” directed by Steven Soderbergh.

“The Conners” itself is a spin-off of the ’80s sitcom “Roseanne.” “Roseanne” ran from 1988-1997 on d ABC, with a revival in 2018. The show was canceled when star Roseanne Barr likened former Obama administration official Valerie Jarrett to “Planet of the Apes” in a racist tweet. The sitcom was retooled as “The Conners” and her character was killed off.

“The Conners” airs Wednesdays at 9/8 C on ABC, including this evening, 12/30, when it will re-air a mini-marathon (9-11PM ET) of four recent episodes for audiences ahead of its winter return on 1/13.