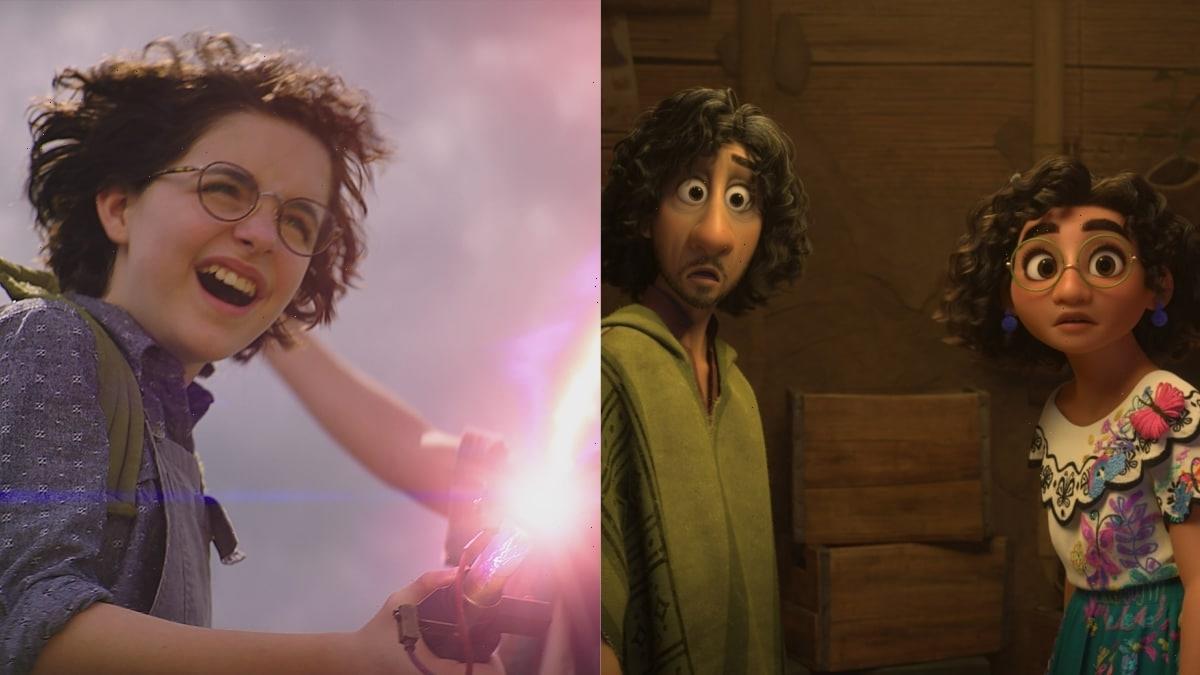 Can Art-House Cinemas Bring Back COVID-Wary Audiences This Oscar Season?

After a solid opening weekend and glowing audience reception, Sony’s “Ghostbusters: Afterlife” is expected to carry that momentum into Thanksgiving weekend for a strong box office hold. But projections have the top spot going to Disney’s “Encanto,” the first major animated film this year released exclusively in theaters.

While “Ghostbusters: Afterlife” is projected for a five-day opening of $29 million-32 million, “Encanto” is expected to take the lead with an extended launch of $35 million-40 million after grossing $1.5 million from preview screenings on Tuesday. By comparison, the 2016 Disney film “Moana” earned $2.6 million from previews and went on to earn a Thanksgiving weekend opening of $82 million.

So this Thanksgiving weekend will be well short of the heights reached in years past, but that is to be expected during this pandemic recovery period. A $35 million launch from “Encanto” would still be a step forward not just for Disney but for all animated films, which have had trouble gaining traction at the box office as families have been slow to return to theaters over COVID-19 concerns.

That is why studios have been hedging their bets on animated films by releasing them simultaneously on streaming services or on-demand, trying to appeal to parents who want to see new films but are trying to avoid potentially exposing their kids to COVID or just trying to save money.

It is a trend that goes back to the start of the recovery effort when Disney released “Raya and the Last Dragon” in the spring in theaters and as a $30Disney+ title. In the summer, films like “Space Jam: A New Legacy” and “The Boss Baby: Family Business” got day-and-date releases on HBO Max and Peacock to boost subscriber numbers. Even MGM, which doesn’t have a streaming service of its own, released “The Addams Family 2” simultaneously as a digital rental last month.

But after the success of “Shang-Chi and the Legend of the Ten Rings” in September, Disney committed to leaving the day-and-date model behind and to putting all of their remaining films in theaters only. But even here, the slow return of families to theaters led to a tweak in the formula. While other films like “West Side Story” will get a 45-day theatrical window, “Encanto” will only be in theaters for 30 days before heading to Disney+ just in time for Christmas.

One thing that might boost numbers for “Encanto” is the recent approval of COVID-19 vaccines for kids ages 5-11. As of last Friday, the CDC reported that more than 2 million kids in that age group have received at least one dose of the vaccine. Though that’s only 7% of all kids 5-11, continued vaccination of children should help get families more comfortable with moviegoing; and if they continue to turn out for “Encanto” and “Spider-Man: No Way Home,” it could mean stronger numbers in Q1 2022 when animated films like Paramount’s “Rumble” and Pixar’s “Turning Red” are released.

Also releasing this weekend is MGM’s “House of Gucci,” a true-story crime drama about the murder of fashion scion Maurizio Gucci (Adam Driver) at the hands of his ex-wife (Lady Gaga). Directed by Ridley Scott, the film grossed $1.3 million from previews and is estimated for an extended opening in the high teens from 3,400 locations.

That result would be a big leap for adult dramas considering last weekend saw “King Richard” join the growing list of mature fare opening to muted numbers. While critics have only been mildly positive with a 63% Rotten Tomatoes score, Lady Gaga is considered a favorite to earn her second Best Actress Oscar nomination and her presence as the top star in a film with a stacked cast should help bring in more younger moviegoers than other titles in the genre.

Finally, there’s Sony/Screen Gems’ “Resident Evil: Welcome to Raccoon City,” a reboot of the horror film series based on the Capcom video games. The film earned $935,000 from previews and is projected for an $8 million-10 million extended opening from 2,800 locations.