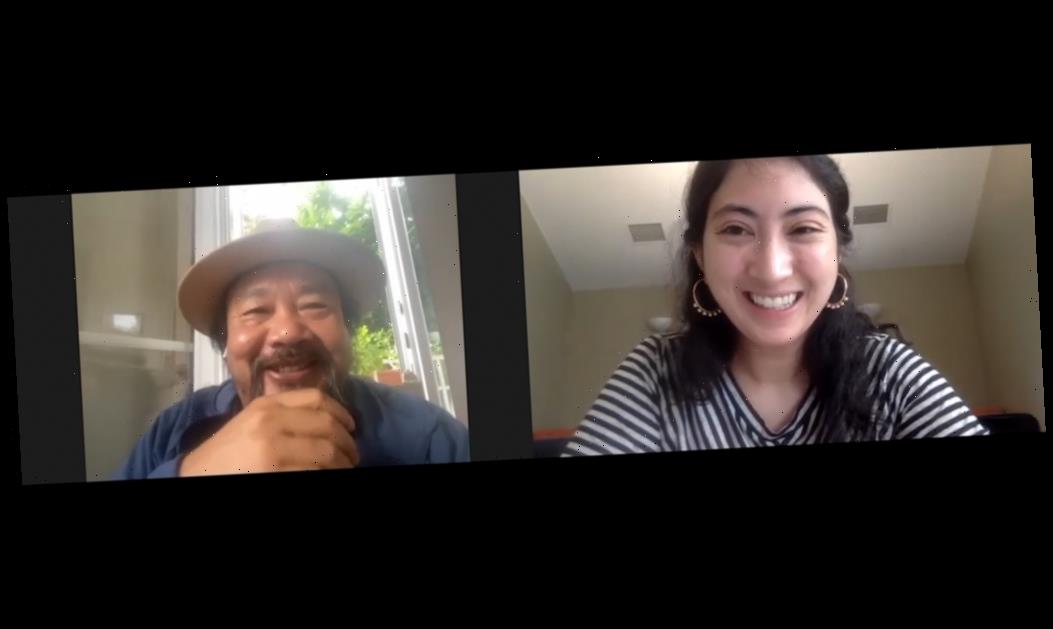 Cambodian director Rithy Panh survived the brutal Khmer Rouge regime that took the lives of many of his friends and family. His latest film “Irradiated,” which premiered in competition at the Berlin International Film Festival, does not shy away from human horrors like those he experienced in his youth.

The film pieces together brutal black-and-white archival war footage spread across a tryptic of panels, juxtaposing footage of Hitler with the devastation of Hiroshima and a basket of decapitated heads, or executions and mass burials.

“Irradiated” is a difficult, visceral viewing experience — an artistic choice that Panh pondered seriously, he said in a recent masterclass at the Sarajevo Film Festival moderated by Variety.

“Of course there’s a moral question. Why do you want to show this body? It’s possible to show a body, or not to. It’s a difficult [decision]” in both the selection and editing process, Panh acknowledges. “Why this [image] and not another one? And why at this place and not another place?”

Panh reflected on the work of Claude Lanzmann, who chose not to use gruesome archival footage in his iconic documentary “Shoah,” and Alain Resnais, who did in “Night and Fog,” excerpts of which appear in “Irradiated.” In the end, he decided to make use of such imagery because it helped him delve deeper into his understanding of his own dark past, and the broader question of human evil.

“I watched a lot of images and decided to use only those that had an echo on me, that I came to [having had] the same experience,” he said.

The choice to use disturbing footage of Nazis tossing corpses from recently liberated concentration camps into a mass grave, for instance, was a difficult one. “I did it myself in another context,” says Panh, who was forced as a young man to bury bodies in the same fashion. “It’s a scene for me about why we don’t respect [them] more, these bodies? If an image echoes or resonates in my mind, I assume the responsibility to edit it.”

History, for Panh, thus becomes raw material for personal inquiry. He feels it justifiable to submit viewers to such a disturbing onslaught because his creative act of filmmaking is itself a defiance of such violence, and a step in the process of rebuilding himself.

“Creativity is a fight against the destruction,” he said.

When he started working on “Irradiated,” he spent nearly two years of work on the film in Japan speaking with the “hibakusha” — the “irradiated people,” as Panh calls them — who are the surviving victims of the atomic bombings of Hiroshima and Nagasaki.

An encounter with lab mice at an epigenetic research lab in Zurich, however, changed the entire direction of the film. Whereas normal mice will try to swim when placed in water, the descendants of traumatized mice will give up quickly, allowing themselves to drown and die, he cites. After discovering epigenetics, “when I got back to the film it was a whole other thing,” he said.

“Cinema is important for me,” says Panh. “It reverts [traumatic] processes for me and teaches me how to swim.” “Irradiated” is perhaps “a way for me to understand, maybe, my own situation, and what I can do to not transmit this trauma.”

When asked about a present atrocity, the ongoing incarceration and oppression of the Uighur people in China’s northwestern region of Xinjiang, Panh, one of cinema’s foremost chroniclers of genocide, did not have any comment specific to that situation.

He instead broadened his response to condemn the way digital media cuts us off from opportunities for the type of deep reflection needed to live harmoniously together and to create great cinema.

“For me, it’s more than [just a matter of] country; the digital also censors us a lot,” he said. When information moves too quickly, there is no time for reflection, leading people to be easily manipulated, he explained. “Now people want immediate pictures, immediate info, [but] you need time to analyze, to watch, to step back. It’s become a way to censor a diversity of points of view.”

Panh, by contrast, is a fan of taking things slow.

He was supposed to start shooting a new film in March, but has grounded those plans for now while it remains impossible to travel due to COVID-19. The pandemic has given him time to stop and talk to his vegetables in the garden and notice the increase of birdsong in Paris. He’s mulling his next projects, which include a documentary on the symbolic use and commercial exchange of Cambodian statuary, and perhaps new ventures inspired by COVID on “how animals come to take power” in cities as they empty of human presence, or the rise of totalitarian governance tactics in response to the virus.

“Cinema is on death row now,” he added. Modern filmmaking is all about speed, he assesses, and the movie industry puts “more money in digital platforming and less and less towards cinema as literature. One day we will all be dead from this kind of lack of reflection.”