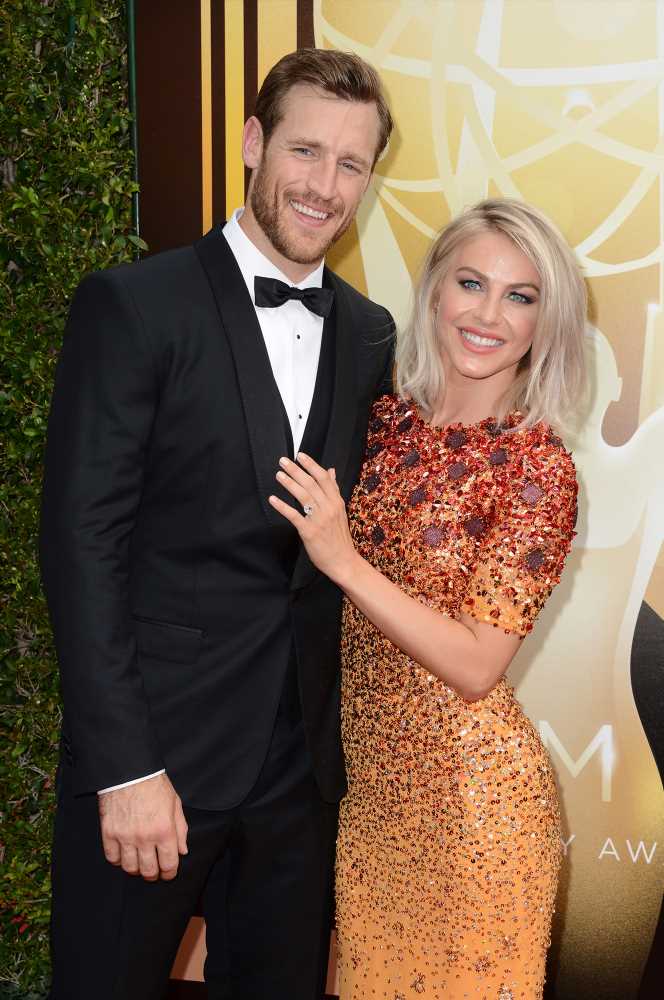 After Hough got candid about her sexuality in a new interview, revealing she’s not straight, her husband praised her on Instagram.

“So proud of my wife @juleshough for the woman she is, and her courage to share her journey of trials and triumphs!” he captioned a photo of her Women’s Health September cover. “You can learn more about it below, and join the movement she is creating surround personal transformation and growth! Love you so much babe!”

In the interview, Hough, 31, opened up about the “massive transformation” she began four months after her and Laich got married in July 2017. Baring all for the magazine’s annual “Naked Strength” issue, the America’s Got Talent judge admitted that as she was evolving personally, she feared that Laich, an NHL player and entrepreneur, wouldn’t understand.

“I was connecting to the woman inside that doesn’t need anything, versus the little girl that looked to him to protect me,” she said. “I was like, ‘Is he going to love this version of me?’ But the more I dropped into my most authentic self, the more attracted he was to me.”

Now, she said, they “have a more intimate relationship” — which allowed Hough to be open with her husband about her sexuality.

“I think there’s a safety with my husband now that I’m unpacking all of this,” she continued, “and there’s no fear of voicing things that I’ve been afraid to admit or that I’ve had shame or guilt about because of what I’ve been told or how I was raised.”

Hough and Laich, 36, have become increasingly open about their relationship. On an recent episode of Laich’s iHeartRadio podcast, How Men Think, he said the couple began the IVF process shortly before Hough turned 30 last July.

While she’s not pregnant yet, Laich told PEOPLE he’s more appreciative than ever for Hough, who has been a “warrior” through the process.

“Knowing she has endometriosis, it could potentially make things challenging in the future to conceive naturally,” he said. “That was just a looking at the big picture and what we want as a family.”

In addition to starting IVF, Hough also froze some of her eggs last year, and “the commitment that she made to us having a family is something I’ll never forget,” he added.

Calling Hough a “champion,” Laich said she had three shots a day for two weeks, and dealt with mood swings from the hormones.

“As a husband, I just go into full support mode. Whatever my wife needs, whatever I can do, I’m fighting the smallest portion of the fight with her,” he said. “There are certain things in my wife’s life that I know she appreciates that help her feel calm and help her feel relaxed, so I double those efforts during that time just to show that I’m there with her and I support her.”