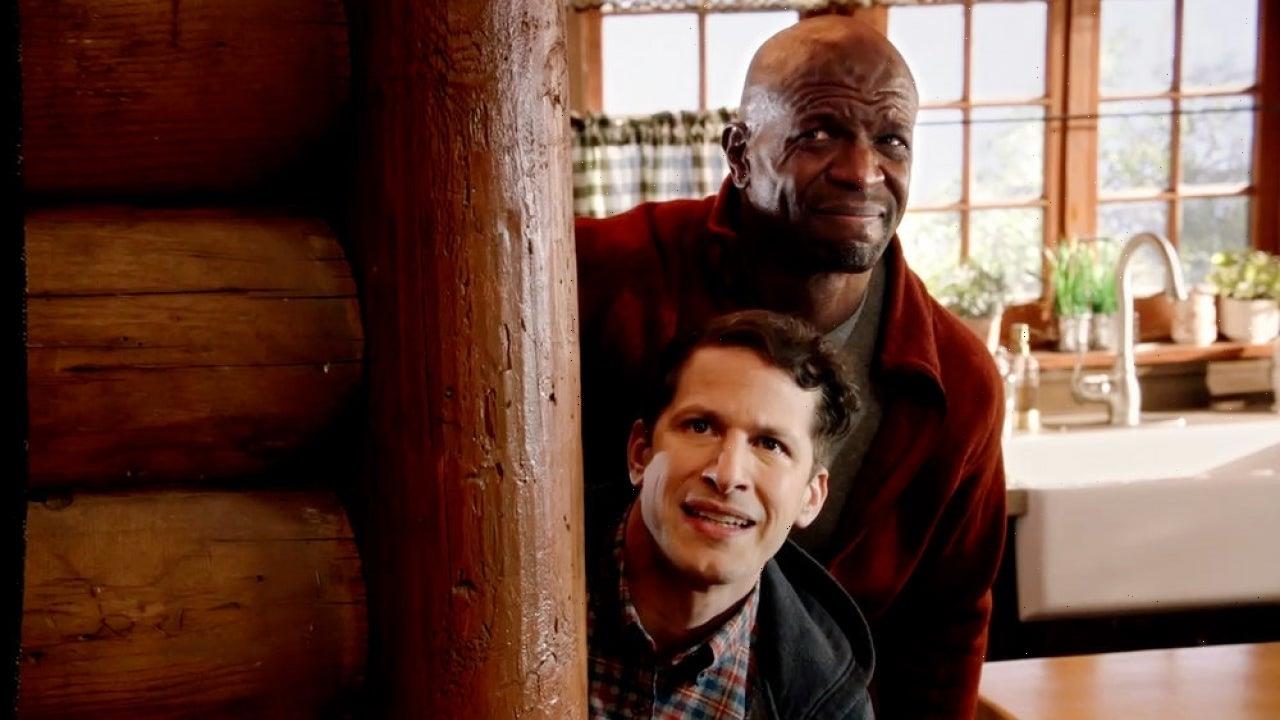 It’s not noice to have to say goodbye to Brooklyn Nine-Nine. The comedy reports for duty one last time when the eighth and final season kicks off Thursday on NBC, and stars Melissa Fumero and Terry Crews promise the series ends on a fitting — albeit bittersweet — note.

“It could not have ended any better, that is a promise. Take it to the bank, man. It is one of those where you are like mic drop, it is perfect,” Crews told ET’s Matt Cohen during a recent interview over Zoom. “We get to end our show the way they wanted to and man, that is the most satisfied feeling in the world. I mean, what can you say? Most things, you never get to end them the way you want to. That is just the truth. Everything ends the way that you don’t want it to, but we got that opportunity.”

“Leading up to it, it was daunting. How do you possibly wrap this up? What move are they going to do? I will never forget at the end when [showrunner] Dan Goor told me his idea for the finale, I was just like, ‘Oh, yes!'” Fumero shared. “It was perfect. Like Terry said, it’s a really satisfying ending and it is a nice thank you and an ‘I love you’ to the fans. It kind of pays homage to the fans and it is fun and it is beautiful and it is a little sad. And [the writers] nailed it.”

But filming that final episode was emotional, as it officially marked the end of an era.

“It was heavy, man. It’s rare in life that there’s an event coming towards you that you know is going to be really emotional… and I thought I was prepared for it. I was not. It was way heavier than I thought it was going to be,” Fumero said.

“It was way harder ’cause you realize on the day that you weren’t just saying goodbye to these these people, you were also saying goodbye to these characters and these stories,” she added. “You know you’ll keep in touch and you’ll see each other, but you might not all be in the same room together ever again, so whew it was a lot. There were a lot of tears on the last day and it was really beautiful and special. And I’m really excited for fans to see the episodes.”

“I’m in denial. I don’t want it to end. I totally feel like, ‘Man is this real?'” Crews recalled. “We did the last day, we were in tears, but then it keeps coming back because we’re promoting it and when it premieres Thursday, you’re like, ‘I’m just going to be watching it with everybody, like, oh my god is this really ending?’ I’m waiting for it all to really happen and I don’t know if I’m still prepared. I don’t know what I’m going to do [when] that last episode [airs]. It’s so emotional because we are a family — eight years together. I spent more time with this cast than I do with my own wife and kids. It’s just going to be something I’m going to miss so much.” 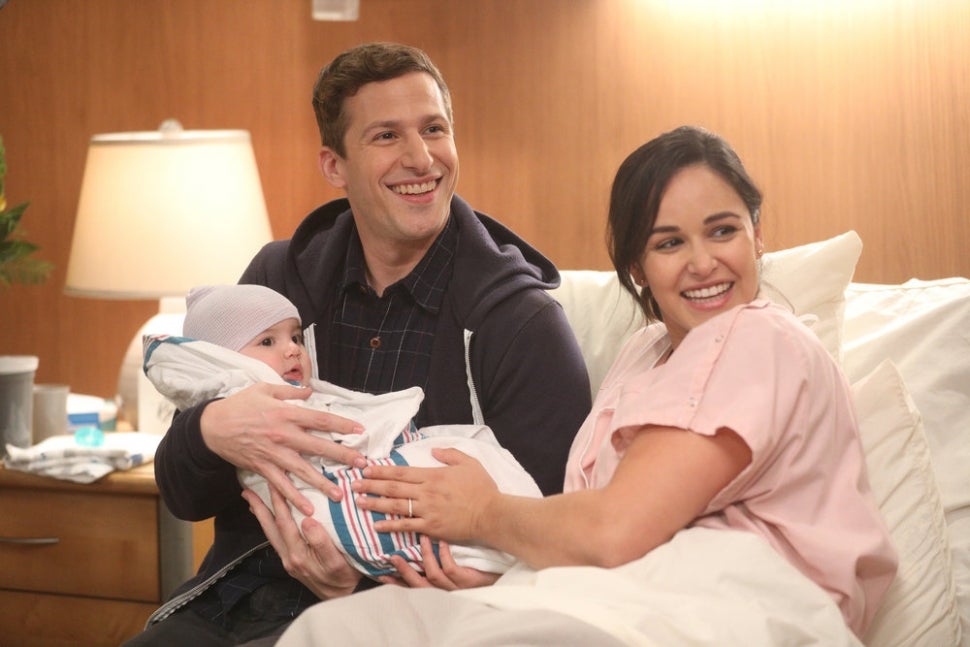 When the new season begins, Jake Peralta (Andy Samberg) and Amy Santiago (Fumero) will be navigating parenthood as they raise their newborn baby while continuing their Nine-Nine antics. It being Jake and Amy, expect a lot of left turns.

“It’s an adjustment and it’s a journey for those two characters, and that is a part of this final season,” Fumero said. “We get to see them try to figure that balance between work and their life and becoming new parents and their aspirations for their careers. That really is a theme for Jake and Amy in this last season and yeah, you know, they’re not nailing it.”

As for what the cast took from set to commemorate their Brooklyn Nine-Nine experience, quite a lot of mementos actually.

“I have my chair backs,” Crews revealed, while Fumero said she took the name plate that lived on her character’s desk.

“And Props framed our cards that were never super featured in the show. But if we had a wallet or a binder or a folder, they would be in there with our picture,” she added, while hinting at another piece of set memorabilia, “I have a really special [item] from Dan Goor but I can’t say what it is until the finale airs.”

“Melissa made a great scrapbook and I just got it last week,” Crews said. “It was a brilliant scrapbook of all the photos, a lot from this season, but also during the other parts of the [series] and it makes you go, ‘God I love this place. I love these people.'”

Of course, the question had to be asked whether they’d be open to reuniting the squad down the road.

“I think we all would love that,” Crews said. “I’m down for a movie. I think Brooklyn Nine-Nine needs a big-screen treatment where we can cuss.”

“Yeah, let’s have a rated R movie!” Fumero agreed. “It would be a big rated R action comedy.”

The final season of Brooklyn Nine-Nine kicks off with back-to-back episodes Thursday, Aug. 12 at 8 p.m. ET/PT on NBC. For more, watch below.