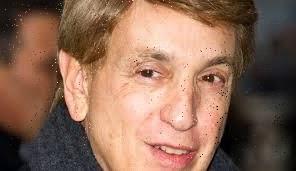 National Basketball Assn. broadcasting legend Marv Albert signed off for the final time today, his final words a simple “good night” to his legion of fans.

Albert, whose 55-year-career was punctuated by his trademark “Yes!” call when someone made a crucial jump shot, finished his career with TNT, as the Milwaukee Bucks defeated the Atlanta Hawks in Game 6 of the Eastern Conference Finals.

The 80-year-old Brooklyn native was the longtime voice of the New York Knicks, starting in 1963 and staying through the team’s championship years in 1969 and 1973. He also called New Jersey Nets basketball games, New York Rangers hockey, as well as football, horse racing, boxing, and tennis.

“I wish I was starting all over again. It has been such a joy. So for the last time, thanks so much for watching. I’m Marv Albert saying thank you, and goodnight,” Albert said in his final TNT signoff.