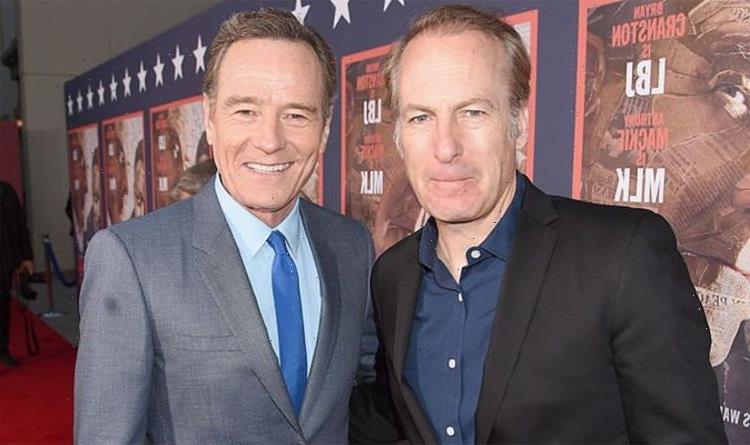 As filming is underway for Better Call Saul’s sixth and final season, star Bob Odenkirk, who portrays the beloved slimeball lawyer Jimmy McGill before his transformation into Walter White’s attorney Saul Goodman, collapsed after a “heart-related incident”. As fans patiently wait for updates on Odenkirk’s health, Breaking Bad’s Bryan Cranston penned an emotional message to his friend on Instagram.

Many were worried the sequel series to mammoth hit Breaking Bad would fail to live up to its predecessor.

Thankfully, armed with masterful writing and a brilliant host of characters, AMC’s Better Call Saul has done just that.

This is, of course, in no small part to the stunning portrayal of a pre-Saul Jimmy McGill by star Odenkirk.

After his collapse on set was announced yesterday, viewers are rightly upset and concerned for the actor.

Breaking Bad star Cranston penned a touching message to his friend and former co-star on Instagram, writing: “Today I woke up to news that has made me anxious all morning.

“My friend, Bob Odenkirk collapsed last night on the set of Better Call Saul,” he continued.

“He is in the hospital in Albuquerque and receiving the medical attention he needs but his condition is not known to the public as yet.

“Please take a moment in your day today to think about him and send positive thoughts and prayers his way, thank you.”

As reported by TV Line, Odenkirk is now awake and “on the rebound” after he was rushed to hospital immediately after his collapse.

The actor’s representatives released a statement, saying: “We can confirm Bob is in stable condition after experiencing a heart-related incident.

“He and his family would like to express gratitude for the incredible doctors and nurses looking after him, as well as his cast, crew and producers who have stayed by his side.

“The Odenkirks would also like to thank everyone for the outpouring of well wishes and ask for their privacy at this time as Bob works on his recovery,” the statement concluded.

Odenkirk’s son Nate later confirmed his father was getting well, by tweeting: “He’s going to be okay.”

In response to Cranston’s post, there was an outpouring from fans who wished the popular actor well, with many clearly still in shock at the news.

One fan said: “I almost got a heart attack. Don’t slip jimmy. We need you [heart emoji].”

“All the best. Bob is a national treasure.we can’t lose him. Hang in there!” a third commented.

“OMG!! I heartily wish that he gets better. Pray for him [prayer hand emoji],” someone else wrote.

Odenkirk achieved worldwide fame when he joined Breaking Bad in season three as lawyer to the criminal underworld, Saul.

Better Call Saul explores the character before his transformation as he tries to become a legit lawyer alongside his girlfriend Kim Wexler (played by Rhea Seehorn).

After a stunning fifth season, fans are eagerly awaiting the final season, which is expected to air early next year and there is currently no word on how Odenkirk’s collapse will affect production.

The tie-ins with Breaking Bad and the promise of a vengeful Kim have viewers excited for the series’ conclusion.

All seasons of Better Call Saul are available on Netflix now, and season six is scheduled for release sometime in 2022.