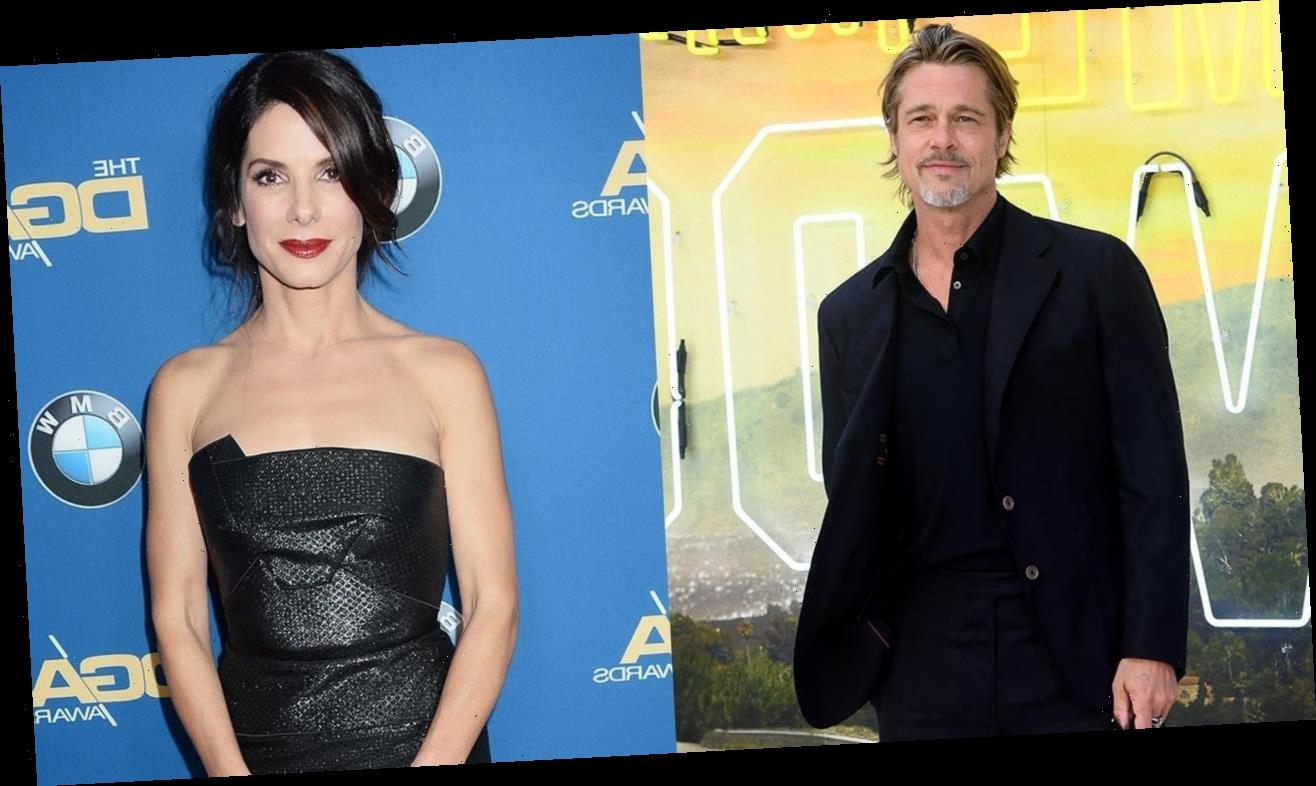 Bullet Train is set to have some serious star power thanks to Brad Pitt and Sandra Bullock. The two A-listers were photographed on the set of their very first film together this week in Los Angeles.

In pictures obtained by Page Six, 57-year-old Pitt and 56-year-old Bullock are walking by a dumpster on fire while shooting a crash scene. Pitt rocks a ponytail and a dirty shirt with fake blood on it, while Bullock sports a layered ‘do and a white button-up shirt and trench coat. In between takes, the actors wore face shields, taking precautions amid the coronavirus pandemic.

In December, ET learned that an asymptomatic crew person tested positive for COVID-19 on the set of Bullet Train. In accordance with union protocol and the studio’s commitment to being extra cautious, the handful of cast and crew who had contact with the crew member went home and continued to be tested, though there were no additional positive tests at the time. Production on the film continued uninterrupted.

Bullet Train is a thriller about assassins aboard the same bullet train out of Tokyo, Japan, and is being directed by David Leitch, who most recently directed Fast & Furious Presents: Hobbs & Shaw. Bullet Train is based on best-selling Japanese author Kotaro Isaka’s 2010 novel, Maria Beetle, about five hitmen, each with their own conflicting mission, whose paths cross on a train from Tokyo to Morioka. Other stars in the film include Aaron Taylor-Johnson, Joey King, Brian Tyree Henry, Zazie Beetz, Michael Shannon and Logan Lerman.

Leitch has a long history with Pitt. He served as Pitt’s stunt double on such films as Fight Club and Mr. & Mrs. Smith, and also directed him in a cameo appearance in Deadpool 2.

All the Times Brad Pitt Kept Us Smiling Through 2020