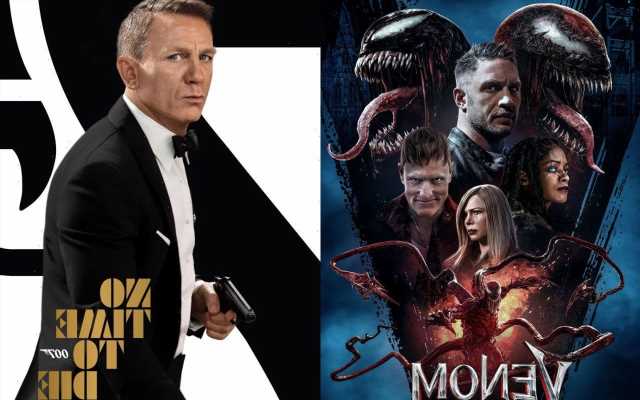 AceShowbiz -The spooky season turns out to be an ideal month for movie lovers to go to theaters. The October box office revenue has soared to become the highest-grossing month for ticket sales so far during the pandemic.

It’s estimated that moviegoers spent around $637.9 million on tickets over the last 31 days as they rushed to see “Venom: Let There Be Carnage“, “No Time to Die“, “Halloween Kills” and “Dune“. These tentpoles, combined with growing consumer confidence in returning to cinemas amid the coronavirus pandemic, helped the October revenue drive past July’s $583.8 million, which previously held the record as the top-grossing month of the pandemic.

“Though this is likely an anomaly that will perhaps never be repeated, the 10th month of the year has now shown that it can indeed provide a great home for blockbusters of any size or genre type,” said Paul Dergarabedian, senior media analyst at Comscore.

Shawn Robbins, chief analyst at BoxOffice.com, also weighed in, “The industry circled this October on the calendar as an important marker for moviegoing’s pandemic rebound, and it delivered in a big way.”

“Moviegoer enthusiasm for the in-theatre experience reinforces the power of watching a great film in our larger-than-life immersive environment with our bingeworthy popcorn,” Cinemark CEO Mark Zoradi added. “I am thrilled that we have reached a new milestone within the industry’s recovery, delivering our best monthly box office performance since the reopening of our theatres.”

He continued, “I want to thank our entire Cinemark team that has worked tirelessly to provide a premium out-of-home entertaining escape for moviegoers. Congratulations to our studio partners for creating must-see big-screen content with something for everyone.”

All four movies are currently in the top five of the North American box office this Halloween weekend, with the Denis Villeneuve-directed sci-fi film still topping the chart by adding an estimated $15.5 million. The twelfth “Halloween” film sits at No. 2 with approximately $8.5 million, followed by “No Time to Die” which adds an estimated $7.8 million.

New title, “My Hero Academia: World Heroes’ Mission“, bows at No. 4 with an estimated $6.4 million, while “Venom 2” rounds up at the top five with approximately $5.8 million. Two other newcomers, “Last Night in Soho” and “Antlers“, arrive at No. 6 and 7 respectively with around $4.2 million each.