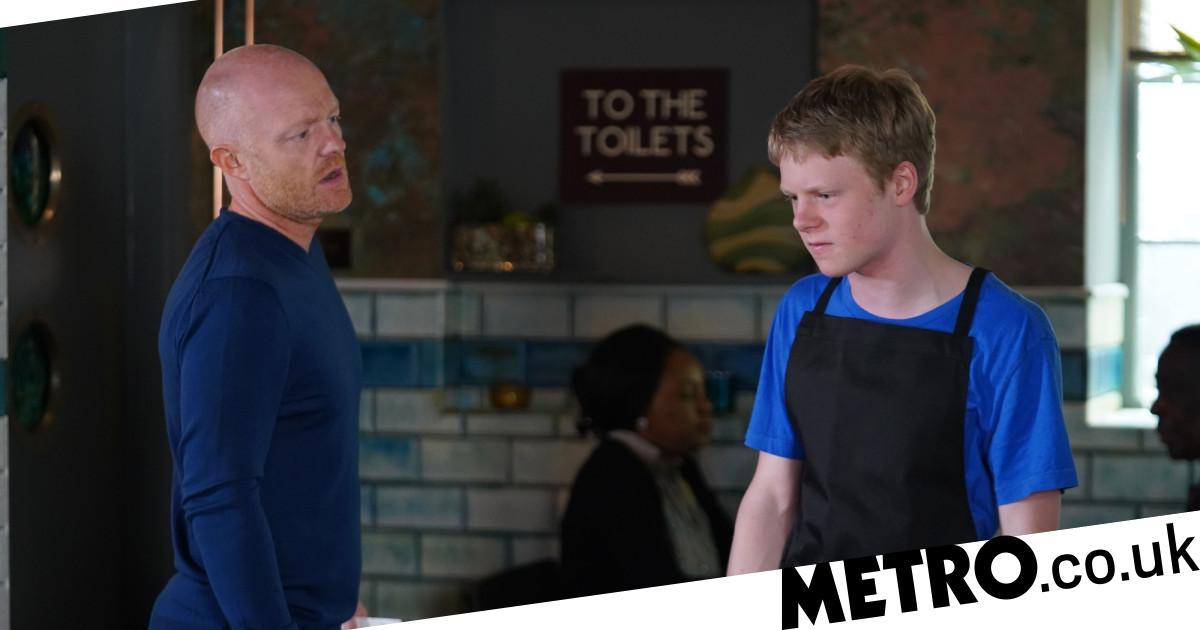 Bobby Beale (Clay Milner Russell) has been struggling to adjust to life back in Albert Square in EastEnders following his stint in prison — and the Walford residents have been anything but welcoming towards him since his release. As a result, the young lad has kept to himself, but the coming episodes will see him confront Max Branning (Jake Wood) over the relationship he’d had with Lucy (Hetti Bywater) in the months prior to her death.

Upon his arrival back in the Square earlier this year, Bobby found himself public enemy number one. Max was one of several residents that found the young lad’s return hard to deal with — and he even faced off with him and threatened to beat him up as a result. However, after reconciling their differences, he later came to Bobby’s defence when the Queen Vic regulars berated him.

With the past finally in the rear view mirror, Max and Bobby are finally on speaking terms, and Bobby takes advantage of their fresh start in the coming episodes when — after spotting him with Ruby (Louisa Lytton) — he questions Max over whether or not he loved Lucy.

Max isn’t pleased with the young man’s line of questioning and — unable to stop thinking about their previous conversation — a confrontation between the pair ensues later in the week.

However, Max is left feeling guilty after he upsets Bobby, and, as a result, he opens up about what happened between him and Lucy.

What will Max have to say for himself?

Lucy’s death is no doubt a tough subject of discussion for Max — and not only because his younger lover was killed. Following her death, he became prime suspect in the police investigation into her murder and ended up serving time in prison — and his daughters alienated him as a result. Additionally, his lover DC Emma Summerhayes (Anna Acton) died in tragic circumstances during the investigation, which was something he also struggled to cope with.

Perhaps having this discussion with Bobby will give him some much needed closure?

One to watch: Friday 16th August at 8pm on BBC One.