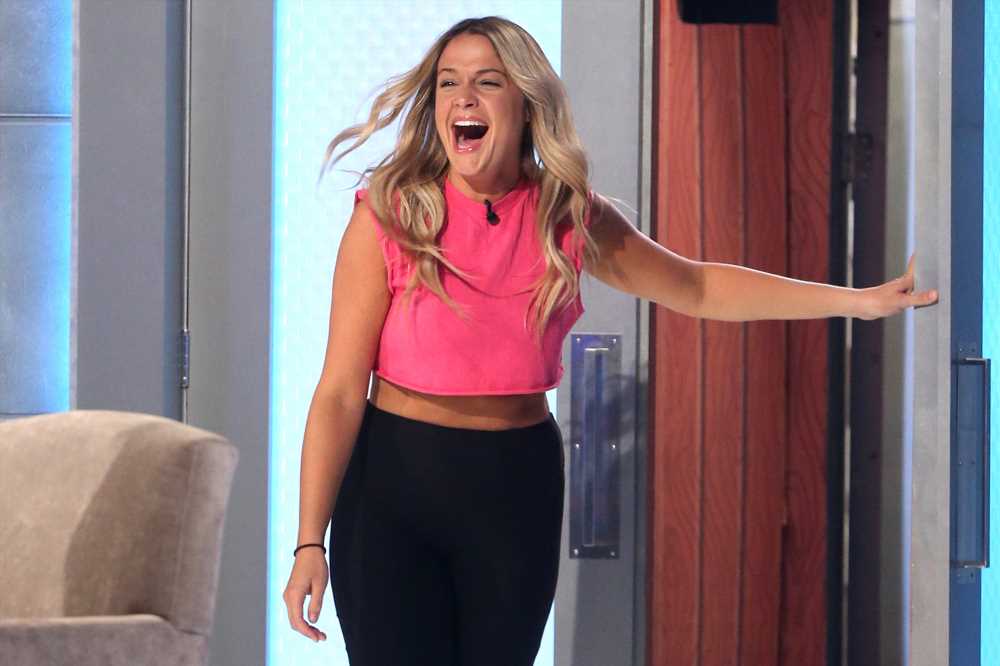 Tears were shed in the Big Brother house this summer. And then some more tears. And then some more after that. Christie Murphy certainly wore her emotions on her sleeve (and pretty much everywhere else), but now she will be taking her histrionics to the jury house as she became the victim of the dreaded double eviction on Thursday night.

Why does Christie think the house voted unanimously to get rid of her? Did she campaign in those last few minutes to stay and did she ever try to make a deal with Cliff and Nicole? We asked Christie all that and more on her way to the jury, including her thoughts on the infamous Taco Tuesday. (Also read our exit interview with Jessica Milagros.)

ENTERTAINMENT WEEKLY: First off, have you ever cried as much as you did this summer in the Big Brother house?
CHRISTIE MURPHY: Oh my God, never ever ever have I cried this much in my life. I’m so embarrassed of how much I cried. I’m emotional and sensitive, but never in a million years thought I’d cry like that. It’s like a pressure cooker in there.

You seemed surprised when Nicole put you up on the block. Why?
Yes, I was definitely surprised. I guess I assumed that everyone saw Michie and Holly as the biggest threats and thought there was a window to take Michie out and take a shot at the showmance. I was shocked because I thought that was a no-brainer. I thought Nicole and I were on the same page, but I never should have assumed. You should never assume in BB. At that point, I knew the four of them — Cliff, Nicole, Michie, and Holly — were working together.

Did you try to campaign at all to stay in those brief few minutes before the final vote that sent you home?
I didn’t. I knew I survived eviction night twice before and sitting next to Tommy, I knew it was my time. I was rooting for Tommy in that situation.

You told Cliff in the past few days that Michie was making final deals with everyone. How come you and Tommy were not able to make a final four deal with Cliff and Nicole?
I’m not sure, actually. I feel like every time I would talk with Cliff and Nicole, they seemed vague in wanting to work together. You never say no to going to final four with someone, but they never seemed eager to want to work with us. They were comfortable watching us take the final shot at Holly and Michie. I also think Tommy was a target of Cliff’s for a while.

It seemed like you might be done a few weeks back, but then the Taco Tuesday blow-up with Nick happened. Do you think that argument kept you in the house a few extra weeks?
Ugh. Taco Tuesday — definitely not my finest hour, but I do think it bought me two extra weeks. When I was on the block next to Sis, I knew my days were over. So I had to get scrappy. Unfortunately for Nick, it meant I blew up his game. But it definitely bought me two extra weeks in the house. I learned campaigning is not always so cut and dry.

Did you ever almost spill the beans to anyone that you and Tommy knew each other before the game?
No. Literally, that never crossed my mind once. I knew that was my greatest secret to keep. I was more worried about Tommy spilling the beans than me.

At one point you talked about how you did not like the way Michie talked to and about women. Do you think he does not respect women the same way he does men?
I regret bringing personal stuff into the game. My views on people don’t represent what everyone thinks. When I said that, it was based on a few isolated incidents. I don’t want to paint him in a negative light — he’s playing a great game.

Finally, if you could go back and change one thing about your game, what would it be?
I would put a filter on my mouth a bit more. I would think things through before I would just vocalize them. I wouldn’t just say things moment to moment.