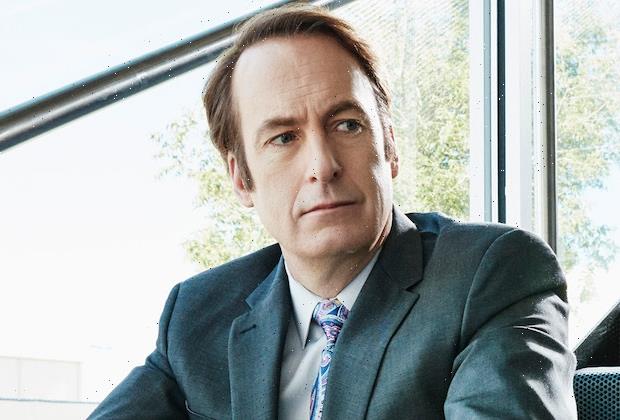 Saul is better, as evidenced by the first photo of Bob Odenkirk back at work on Better Call Saul, six weeks after collapsing from a “small heart attack” on set.

Odenkirk on Wednesday morning shared the photo of him in the makeup chair (below), saying, “So happy to be here and living in this specific life surrounded by such good people.”

Odenkirk was filming on Better Call Saul‘s Albuquerque set on July 27 when he collapsed and was immediately surrounded by crew members, who called an ambulance. He was rushed to the hospital, and as hours went by with no update on his condition, fans and costars like Breaking Bad‘s Bryan Cranston, Better Call Saul‘s Michael McKean and Mr. Show‘s David Cross sent out their wishes for Odenkirk’s speedy recovery.

We finally got an update the following day when Odenkirk’s personal representatives confirmed that he was “in stable condition after experiencing a heart-related incident.” Odenkirk’s son Nate also tweeted soon after, “He’s going to be okay.”

Odenkirk himself eventually chimed in to share, “I had a small heart attack. But I’m going to be [OK] thanks to Rosa Estrada and the doctors who knew how to fix the blockage without surgery. Also, AMC and [Sony’s] support and help throughout this has been next-level. I’m going to take a beat to recover but I’ll be back soon.”

Odenkirk has earned four Emmy nominations for playing ethically challenged attorney Jimmy McGill, aka Saul Goodman, on Better Call Saul. The series debuted in 2015 as a spinoff of Breaking Bad, where Odenkirk originated the role. Saul is currently filming its sixth and final season, which was expected to premiere in early 2022. Production was a little more than halfway done on the final season when Odenkirk was hospitalized, sources tell The Hollywood Reporter, but it’s unclear how long production will remain paused.