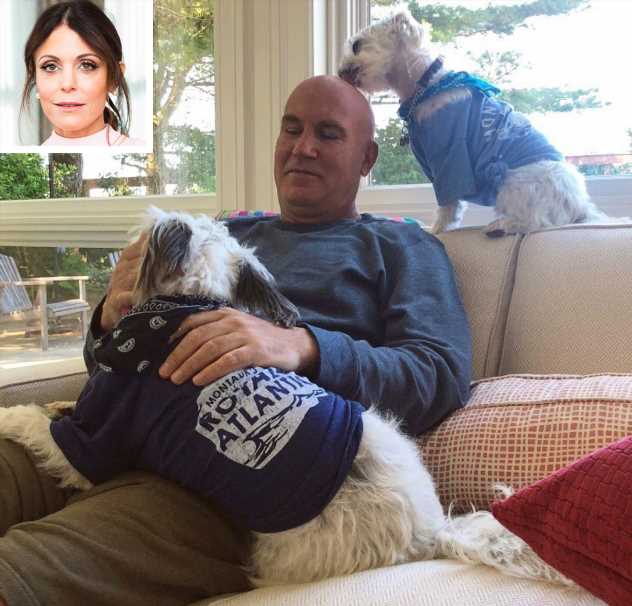 Bethenny Frankel made an emotional post to honor her late on-again, off-again boyfriend Dennis Shields on the 1-year anniversary of his sudden death.

“One year ago today, I woke up to a beautiful sunny day with @biggysmallz by the pool, and my world crumbled and turned upside down in an instant. A man Dennis, who I loved and respected, who was in my life for 30 years unexpectedly passed away,” she wrote on Instagram, alongside a photo of Shields sitting on a couch with the reality star’s two Lhasa Apso dogs.

“Dennis insisted we adopt biggy AND smallz for my daughter Peanut,” the Real Housewives of New York City star, 48, wrote, referencing a nickname for her 9-year-old daughter Bryn. “He simply couldn’t imagine separating them.”

Frankel went on to share that Shields was also the one to come up with their names.

“We racked our brains staying up late coming up with the perfect name for two dogs from the same litter with very different body types. Thing 1 & Thing 2 was an option but Peanut found it degrading. Lenny & Squiggy was a good one but I knew it would only appeal to the over 40 set. Then at 5am, Dennis was waiting for me to wake up and in his stronger than Tequila New Yawk accent said ‘BIGGY AND SMALLZ’ and two stars were born,” she wrote.

Opening up about the relationship Shields shared with the two dogs, Frankel wrote that “he loved these dogs and the feelings were mutual.”

“They were particularly fond of his salty bald head,” she continued, adding, “it seemed like he and they spoke the same language and they were the only ones who understood him. He was a loving, sweet, gentle, brilliant, complicated, hilarious, creative and supportive man. He is missed terribly by so many but lives on in his friends and family and furry loved ones.”

Frankel added, “I am a different person and in a different emotional place than I was a year ago, and the wounds have begun to heal but the scar will remain on my heart forever. RIP, August 10. #Unforgettable.”

Frankel’s heartfelt post came one month after she sat down for the RHONY reunion, during which she said she was “doing well” and continuing to heal following Shields’ death.

“It comes in waves; there are delayed reactions. I really have moved away from it,” she said of the grief. “We had broken up many times. He was always in my life.”

“Truthfully, when you’re older, you don’t know if you’re going to get your big fairytale,” the mother of one explained. “Because I had this security presence in Dennis, where if it was Thanksgiving and I was going to be alone I could always be with him, I wasn’t giving myself what I deserved in a relationship.”

Though Shields, who was found dead in his Trump Tower apartment last August of a suspected overdose, proposed to Frankel and presented her with a ring, which she proudly wore, she said that she never really considered them to be engaged.

“He proposed and I was saying … ‘Okay, I’m accepting this ring and let’s see.’

Frankel first met Shields nearly 30 years ago, but didn’t start dating him until 2016 — three years after she filed for divorce from ex-husband Jason Hoppy, Bryn’s father.

“I love him very much,” she said. “It’s like [Hurricane] Florence, it’s a storm and you must go through it. It’s not one of these things you can avoid and you have to go through it and deal with it and hopefully, you come out stronger on the other side.”

Since his death, Frankel has found love again.