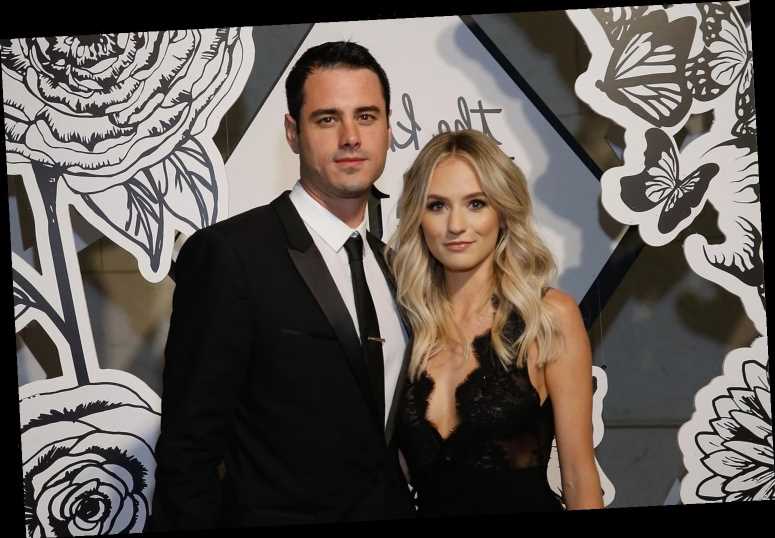 Ben Higgins is looking back on his relationship with Lauren Bushnell — and where it went wrong.

Higgins, who is now happily engaged to Jessica Clarke, reflected on his split from Bushnell, who herself has moved on with now-husband Chris Lane, on a recent episode of the Click Bait with Bachelor Nation podcast.

According to Higgins, 31, the Freeform reality show he and Bushnell, 31, filmed for one season following their engagement on The Bachelor in 2016 — Ben and Lauren: Happily Ever After? — ultimately strained their relationship. (They announced their split the following year, in May 2017.)

"Yes, it was a show about us, but at the same time, we didn't know anything about each other," Higgins said on Click Bait. "If anything, we walked into it still getting to know each other. And so we weren't teammates. We weren't good walking into it."

They were also rather young, Higgins pointed out.

"I was 26. She was 25. We had just walked into this whole new world together," he said. "Now, I look back on it and of course it didn't work out. We weren't each other's best fits. But I also can look back on that and learn a lot, too." Back in 2017, Bushnell told PEOPLE that she never wanted to do the show in the first place.

"I wanted to move on with our life and just have a moment that was just about us," she said. "I didn't feel like I got the support that I needed when we were filming that — just from everyone."

Four years later, Bushnell and Higgins are both in flourishing relationships. Higgins and Clarke are set to get married this fall, and Bushnell is expecting a baby boy with country singer Lane, 36. "It was very exciting, but now feels even more real seeing the ultrasound and hearing the heartbeat," Bushnell told PEOPLE earlier this month. "We are just soaking it all in!"

While Higgins said he hasn't spoken to Bushnell in years, he wishes her nothing but the best.

"To see her happy and to see her starting a family with somebody she loves is something I celebrate," Higgins recently told PEOPLE. "She deserves it. I would hope she would say the same about me and I think she would. So I'm happy for her. This is something to celebrate, life is coming into this world."