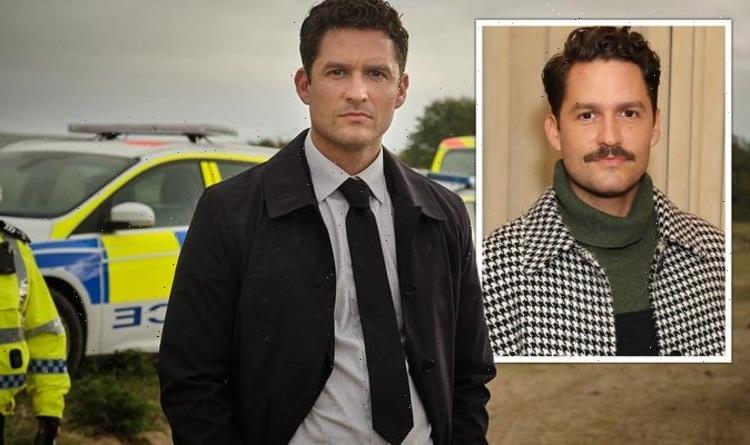 Ben Aldridge plays detective Matthew Venn in the ITV drama The Long Call, which is airing until Thursday this week. The detective grew up in a strict evangelical community in North Devon and returned with his husband Jonathan (Declan Bennett) to solve a murder case. Express.co.uk has all you need to know about who actor Aldridge is dating in real life.

Who is Ben Aldridge dating?

Aldridge has made history for ITV starring as the first-ever gay male lead in a UK detective series and it is a milestone he is extremely proud of.

In the new crime drama, his character Matthew returns to his childhood town with his husband Jonathan to start a new life.

He was brought up in the Barum Brethren, but as a teenager knew he had to leave as he was forced to hide his sexuality.

Upon his return, he has to reengage with the community and fix his relationship with his devastated mother.

He and Jonathan are left to decide whether they will ever truly fit in and be accepted.

In real life, actor Aldridge, 35, has not spoken openly about his relationships.

The actor came out as gay on Instagram back in June 2020, saying: “The journey to pride was a long one for me.

“I love the LGBTQ+ community and am incredibly proud and thankful to be a part of it. So much won. So much more to fight for. #pride.”

He has not indicated whether he is dating anyone at this moment in time.

Speaking about how liberating it was to play a character who shares the same sexuality, he said: “Extremely.

“I’ve been wanting to play a character whose sexuality and emotional inner world is similar to my own and this felt like the right project to do so.

“A lot of what Matthew has experienced and continues to navigate in this piece is recent history for me.

“Acting is imaginative and creative and sometimes requires spending time in situations that you haven’t necessarily experienced yourself or know about yet.

“That’s what enables actors to play a range of parts beyond their own experience, that’s the ideal anyhow.

“That said, I’ve been wanting to play a role that I knew from the inside out, a role that was close to me, that didn’t involve total imagination but instead, drew on and expressed some of my own experiences.”

Fans took to the star’s Instagram to show their support for him when he first made his important announcement.

One viewer suggested he had been in a relationship at the time, saying: “I could watch that vid of you kissing your bf over and over. Such a happy smile after.”

He also spoke to Attitude Magazine about how he feels “more alive” after coming out.

He said: “I think representation is important as we are here – our stories are human and very real.

“Anything you make, you want a rich story and I think our stories are, you know, perfect for that.”

Speaking about his childhood, he said: “I grew up in a time where I think there was zero representation on TV.

“I think that left me with a real lack of self-understanding, I had nothing to model my feelings on at all.”

The actor went on to say how he found the current experience “joyful and brilliant” as gay characters were being recognised.

The first episode of The Long Call went down a huge hit with fans and the four-part drama will continue to air this week.

The story is based on the novels by Ann Cleeves and she believed Aldridge was perfect for the role.

The Long Call is airing on ITV this week at 9pm.