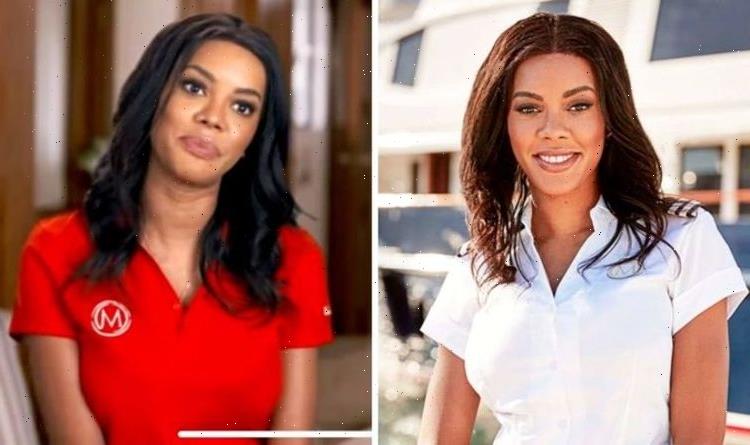 The unpredictable reality TV spin-off set sail again this week with Peacock subscribers given early access to the latest episode of Below Deck Mediterranean. While the sixth season also continues on Bravo, stewardess Lexi Wilson has once again provoked anger from the audience and her fellow crew members.

Lexi Wilson appeared to make contradictory claims in the latest episode of Below Deck: Mediterranean.

The sixth season of the spin-off series continued tonight on Bravo, with a brand new episode released exclusively on the streaming service Peacock a week early.

As Lady Michelle’s first charter in the series gains steam, fans have been increasingly aggravated by stewardess Lexi’s attitude towards her colleagues.

In the latest episode, ‘Ship Happens’, Lexi bonds with Courtney over the death of her father.

However, her confiding was undercut for most viewers with the reveal of her ‘burn list’, which may include Chef Matthew Shea.

Lexi ruffled even more feathers when she skipped out of her dinner bill, despite making repeated claims towards her family’s wealth.

Once the latest episode was made available, the discussion raged on over on Reddit, with the latest thread almost entirely focused on Lexi’s poor behaviour.

Many viewers wanted to encourage Lexi to get help to come to terms with her loss once her time on the series had come to an end, though others maintained this wasn’t an excuse for her actions.

“There is something seriously wrong with Lexi. It’s more than just grief,” said one user.

“She is selfish, narcissistic, elitist, and overall just a rude person. I sincerely hope she gets help one day. That woman needs to find peace.”

In the comments, other Below Deck fans pointed out Lexi has been outright lying to her crewmates throughout the series.

One fan replied: “Yes and this is really besides the point but did you catch when she said she has a biology degree and then later said she has a physics degree on this episode?”

To which a second added: “We might need to add pathological liar to her list of personality traits.”

However, another gave Lexi the benefit of the doubt and suggested: “People double major, not that far fetched tbh.”

Though other viewers were confused why she wouldn’t have mentioned this in her interview at the top of the series if this was the case.

Others have also accused Lexi of being dishonest about her earnings in this episode.

Despite making various claims about the scale of her wealth, Lexi let fellow stewardess Courtney handle the bill after refusing to pay for dinner.

Another viewer said: “I also liked how she said she didn’t have the money to go to nursing school but then repeatedly tells everyone she has money and is so rich.”

And one more added: “And the fact that she had the money to go to nursing school but decided to spend it on three cars? Like what the hell?”

Lexi’s Instagram updates have indicated she won’t be part of the series for much longer, so hopefully Below Deck fans will soon be able to divert their attention elsewhere.