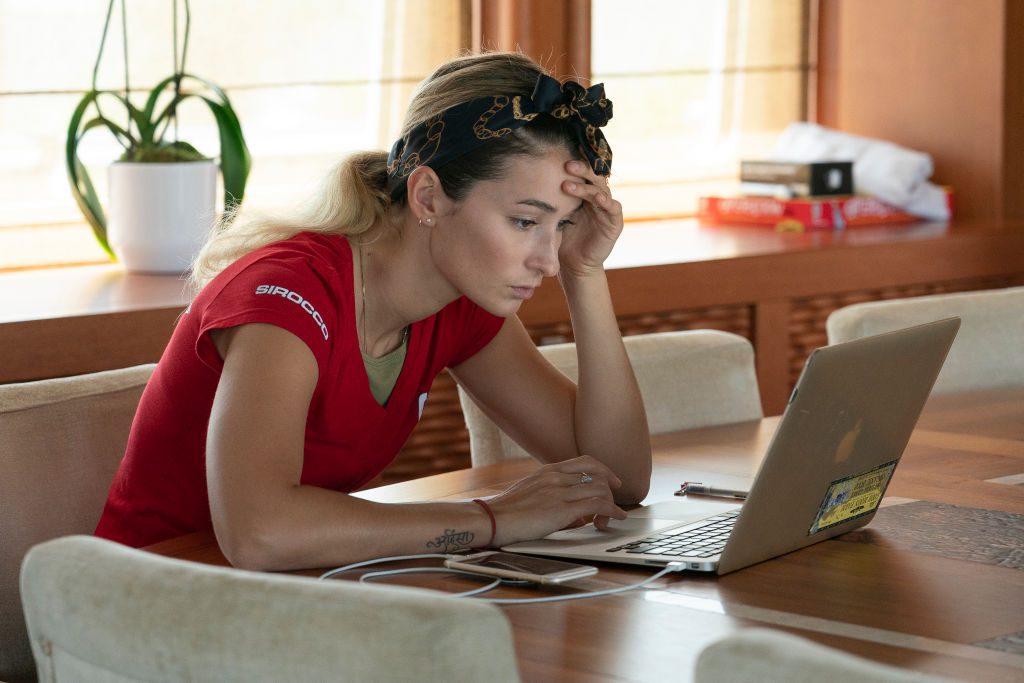 From demanding behavior to outrageous requests, yacht crews like those on Below Deck Mediterranean have seen it all.

Not only do crew members receive insane guest requests and demands, but they also have to accept them with finesse and class. Chief stew Hannah Ferrier told Showbiz Cheat Sheet the buck stops with her. So if the guests aren’t happy, it will likely be reflected in the crew’s tip.

So what types of crazy requests and demands have superyacht crew members encountered? Plus, how did they deal with them at the time?

Second stew Josiah Carter was asked to wear an incredibly tight gold t-shirt and hotpants for charter guests during season six of Below Deck. The modest stew was horrified when he was asked to wear the outfit, but still obliged.

Carter admitted he was incredibly uncomfortable in the clothing but of course did it to appease the guests. While he initially wore the shirt and pants underneath his uniform he shed his uniform and delivered shots wearing only the gold getup. The guests didn’t like the dessert and he knew it was time to distract the guests with the shots and the glitter. Mission accomplished.

Chef Anatasia Surmava told ET about one crazy guest request before she joined Below Deck Med. While she was preparing for charter she checked the provisioning sheet and realized the guests requested something she couldn’t buy at the grocery store.

“I think the strangest thing a guest has ever asked me for was on their provisioning sheet, they had me stock their room and their friend’s room with condoms and lubricant,” Surmava said. “That was a weird one. My shopping list went, like, tomatoes, avocados, bananas, condoms, lubrication, more condoms and some bread.”

Deckhand Jack Stirrup told ET he really took one for the team during on a previous boat. A charter guest asked him to meet her in her cabin and “put her out of her misery,” he recalled. “So, I did [and] 20 minutes later, she had a smile on her face. Right up there with customer services, one of my strong points, as well. Think I got the crew an extra bit of tip, as well, to be honest. Put her out of her misery.”

While the request itself wasn’t crazy, the delivery and demand certainly was a little extra. Viewers met a group of ladies on vacation during the first charter of season three Below Deck Med. The minute the women boarded the boat they demanded to be served nuts.

When their request wasn’t met within minutes of being made, the women became angry with the crew. Ferrier claimed this group was the worst in her career up until that time too. At the time, she shared on Watch What Happens Live with Andy Cohen about some of the fallout. “You know what, actually, it’s crazy. This last charter, I actually had one of their daughters DM me on Instagram and apologize for her mother’s behavior,” she said, Bravo’s The Daily Dish recounts. “So that was interesting. Lovely, though.”

A few guests have complained on Below Deck about the WiFi on charter. Or they demanded to view a sporting event on television when the yacht perhaps didn’t carry the cable channel.

Yacht stew Julie Perry told Huffington Post about a few guest requests that Below Deck crew members may have likely encountered.”I’ve had guests with kids who wanted pizza (and not fresh pizza, like Domino’s) and he ended up borrowing the helicopter from a neighboring boat to get pizza on Nassau in the Bahamas,” she recounts.

“Americans tend to be the ones to request things that just aren’t possible to get last minute in the Eastern Caribbean–like three U.S-based newspapers,” Perry added. “Or one woman wanted a freshly dry cleaned dress but she didn’t trust any of the local dry cleaners, so she bought a plane ticket to fly a crew member back to New York to get the dress dry cleaned by her cleaners and back to the Caribbean.”