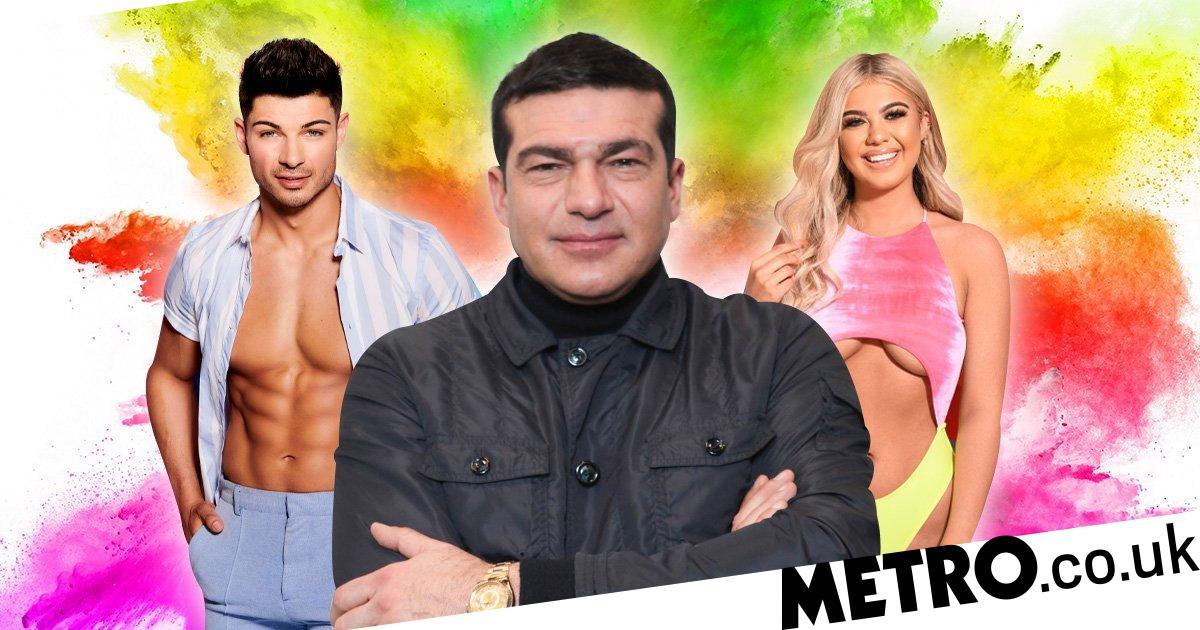 Love Island bombshell Belle Hassan is currently loved up with Anton Danyluk, but her famous dad has laid down the law and plans to give the Scottish hunk a good grilling when the show ends.

Actor Tamer Hassan, who starred in the sixth season of Game of Thrones as well as some gangster classics like Football Factory has pledged to take Anton on a road trip once he leaves Mallorca.

‘If it happens and they come home, he’s going on a little road trip with dad and her brother,’ Tamer told Metro.co.uk.

‘We’re going to take him on a little road trip and give him the usual grilling, “Come on son, you’re with us”.’

The former Eastenders actor emphasised the importance of going for a drive to get know his daughter’s suitor and ‘have a bit of fun’ but he is very clear on what will happen if Anton causes her any grief.

‘First and foremost, my daughter is a tough girl, she’s very loving and giving but listen I’m going to be straight with you, if he hurts my daughter I’m coming in on a parachute and taking him out like an eagle.

‘I’m going to sit him on the top of a mountain and give him a grilling,’ he joked.

‘So he better behave himself!’

Tamer admitted it’s been ‘tough’ watching Belle, 21, on television every night and has had to watch it ‘through [his] fingers with gritted teeth’ but has received loads of support from well-wishers.

‘I’ve not heard one bad comment or message and you tend to think “Go on girl! You’re doing your stuff!”

‘It’s become a lot easier and now,’ he said.

He admitted he’s also ok with Belle being in the ‘background’ and just having a good holiday, saying: ‘Just leave her where she is, she’s fine.’

However, Tamer has some thoughts on that bum shaving moment.

‘The spoilers come in and she’s kneeling down shaving someone’s bum and I’m like, “Gah! Belle!”

Tamer explained that Belle going into the villa all happened very quickly and she admitted to him beforehand that she had her eye on Anton.

‘If there was no one single in Casa Amor, she would have come home because she’s just not that girl, she’s had a lot of heartaches herself,’ he said.

Describing Belle as a ‘mother hen’, Tamer said she is attracted to ‘the damaged boy’.

‘If I can put it that way, because she believes she can help everyone. Her father’s the same, we’re very much carers, givers and we like to mother and father people.

‘So when I started watching it, a lot of people asked me if she was playing a game and my daughter is very guarded at the moment because she’s been hurt, she been hurt with relationships prior to this and she’s on the rebound from a little bit of a heartbreak anyway. So she’s keeping her guard up.

‘If he is what he says he is, and he’s that “excitable child” as Bell described him, they will work.’

He added: ‘Listen, the boy is ambitious, he’s good looking, he’s fun, he’s funny, he’s lovable and adorable and if he’s really that then I think they can be a match made in heaven I really do.’