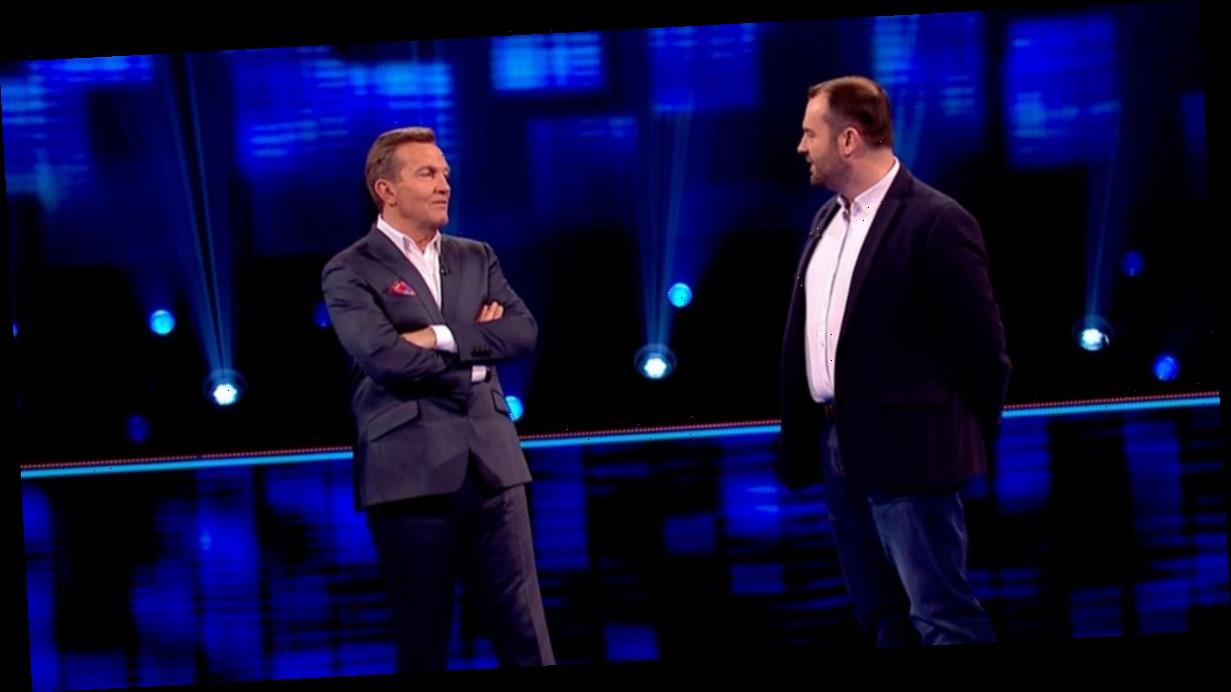 Beat The Chasers fans could be about to witness an engagement as a teaser from Sunday's episode sees a player share their proposal plans.

In the final episode of the series, which airs tonight, Michael from Cowbridge in South Wales take on Chasers Mark Labbett, Anne Hegerty, Paul Sinha, Jenny Ryan and Shaun Wallace in a bid to win a huge cash prize.

As he walks out onto the stage, the Chasers comment on his stylish outfit as he prepares to take part in the popular quizzing gameshow.

The business development manager then sparks excitement in the ITV studios as he reveals what he'll spend the big money prize on if he's lucky enough to win.

Presenter Bradley Walsh asks: "If you win some money tonight, what would you do with it?"

Michael replies: "I'd like to do some alterations to the house we've built… I'd like to convert the garage and back garden."

He then goes on to reveal his "partner has other ideas".

Michael explains: "So she's been sending me some pictures of gems which fit on a ring."

"So engagement could be on the cards as well", he adds.

Bradley then asks: "What’s your partner's name?", and Michael reveals her name is Nicola.

"Right, let's get Nicola an engagement ring, let's do that! You’re going to need some money for that," says an excited Bradley before the games begin.

ITV had to make an array of changes to ensure filming for Beat The Chasers was safe for everyone involved amid the coronavirus pandemic.

One difference that got fans talking was the fact presenter Bradley Walsh could no longer hug or shake hands with the players.

Beat The Chasers airs tonight at 9pm on ITV