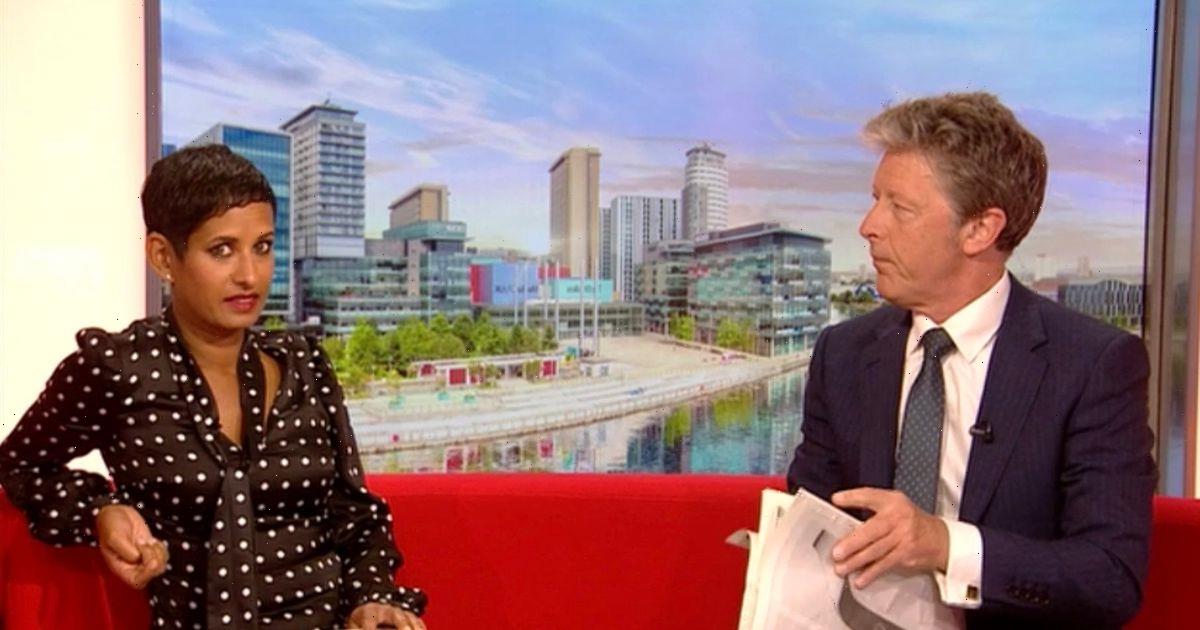 The duo were chatting about ASMR – that's autonomous sensory meridian response – on the Breakfast sofa on Thursday (May 12), as Charlie read aloud from a newspaper article.

The phenomenon aims to relax people through certain auditory and visual 'triggers' such as the crinkling of paper or gentle whispering directly into a microphone.

Charlie announced: "So, this is an exhibition at the Design Museum and it's the first exhibition on autonomous sensory meridian response – ASMR."

He then quizzed: "Would you like some examples of the sounds that are supposed to make you feel more relaxed?"

Naga confirmed: "I'd love that, Charlie."

"Okay, here's two of them, for example," Charlie said, and immediately began tapping his fingertips on the table. "This is science."

Naga acquiesced: "Oh, that is quite therapeutic."

"You starting to feel a bit…?" Charlie asked, indicating she should be dozing off. "The sound of fingernails. The idea is it starts to work gradually – if you're nodding off at home, wake up, wake up!"

Charlie then moved onto the second sound – crumpling a newspaper – which left Naga less than impressed.

Charlie tried to interject: "The rustle of newspapers," but Naga simply cut him off to say: "No, that's annoying."

"It's sensory, you see. Everyone in the studio is pretty much nodding off," Charlie said, gesturing around at the gathered camera crew.

Naga said: "No, they're actually shaking their heads at you. They're not nodding off, nodding is like…" She then performed an approximation of someone falling asleep as she continued: "They're just… they're looking a little bit baffled."

Charlie argued: "Well let's say it's having an impact."

Naga didn't look impressed as she raised her eyebrows at her co-star, telling him: "We could."

She couldn't wait to change the subject to another newspaper article about a bull, telling Charlie: "So you introduced me to sleep, I'm going to introduce you to a superstud."