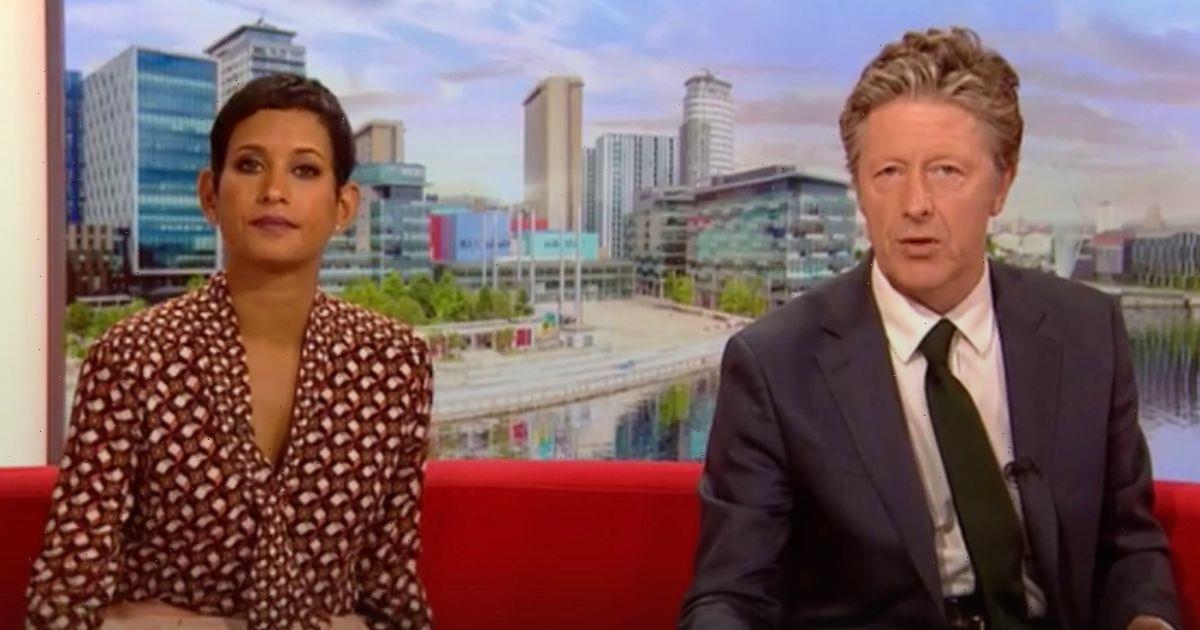 BBC Breakfast's Naga Munchetty and Charlie Stayt were interrupted during a discussion by someone repeatedly coughing off-camera.

Viewers were quick to point out that someone has "Covid cough" and was distracting fans from the discussion.

One BBC Breakfast viewer tweeted: "#bbcbreakfast A lot of covid coughs going on this morning..Including the local news.. Are we still ignoring this winter's wave? #covid19UK."

The disturbance took place when the hosts were talking to a barrister called Christian Weaver who is working on behalf of Awaab Ishak's family.

Awaab passed away shortly after his second birthday in December 2020 due to the effects his mould-infested home had on his body.

His family were living on an estate in Rochdale and was exposed to "extensive" mould for "some considerable time".

This comes after BBC Breakfast turned awkward when host Jon Kay asked a TV guest whether they had "strong thighs".

On Monday (November 14), hosts Jon and Sally Nugent welcomed on cellist Sheku Kanneh-Mason to the show.

The musician was promoting his new album and did a special intimate performance on the show.

After the performance, Jon turned to Sheku and said: "You must have incredibly powerful and strong thighs?"

Looking a little taken aback, Sheku answered: "Oh it's not that very heavy."

Sensing the awkwardness in the air, Sally then scoffed: "Oh, I bet that's a question you've never been asked before – we like to bring you the important stuff on BBC Breakfast."

He performed alongside Zak Abel on the show and Amy Dowden and Nikita Kuzmin danced to the track.